Corsica’s diverse landscape makes it a very unique holiday destination. With lush green hills, white beaches and deep blue water, some of the best things to do in Corsica would absolutely leave you thinking you’re in the Caribbean!

Most people who think of Corsica think of beach resorts however, most of the island is actually taken up by National Parks, making it great for hiking and adventure sports as well.

Whether you stopover during your Mediterranean island-hopping tour or spend your entire holiday on the island, you won’t be disappointed! 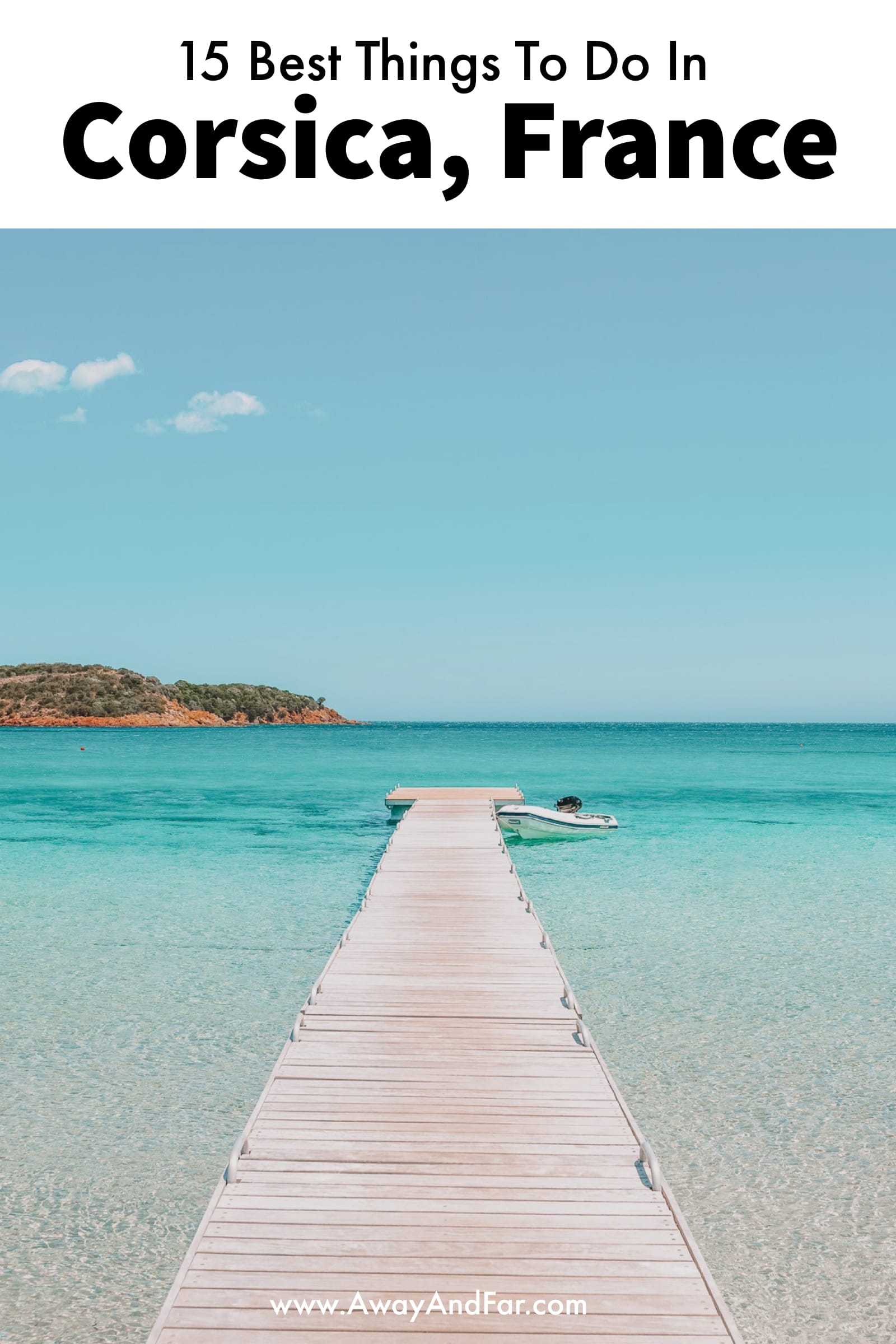 Without further ado, here are the 15 best things to do in Corsica, France. 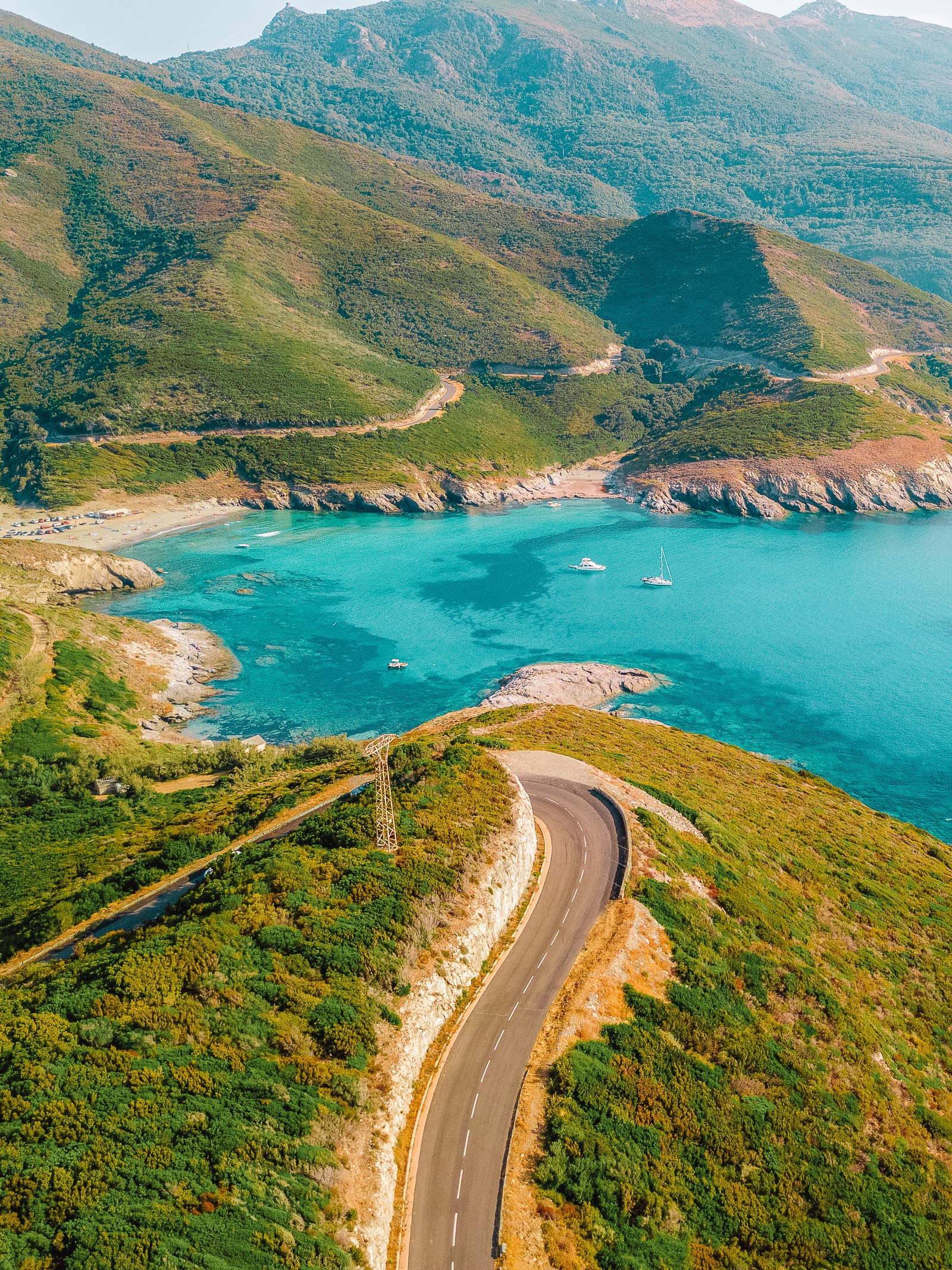 The peninsula of Cap Corse is 40km long and offers a variety of activities. One great sight to see is the Genoese towers, and you can get your tan on at the Plage du Lotus beach.

Exploring the coastline is definitely worth it, not only because of the beautiful beaches but also because it is dotted with historical monuments such as the Moulin Mattei (Mattei Windmill) and the Torra di Seneca (Tower of Seneca). 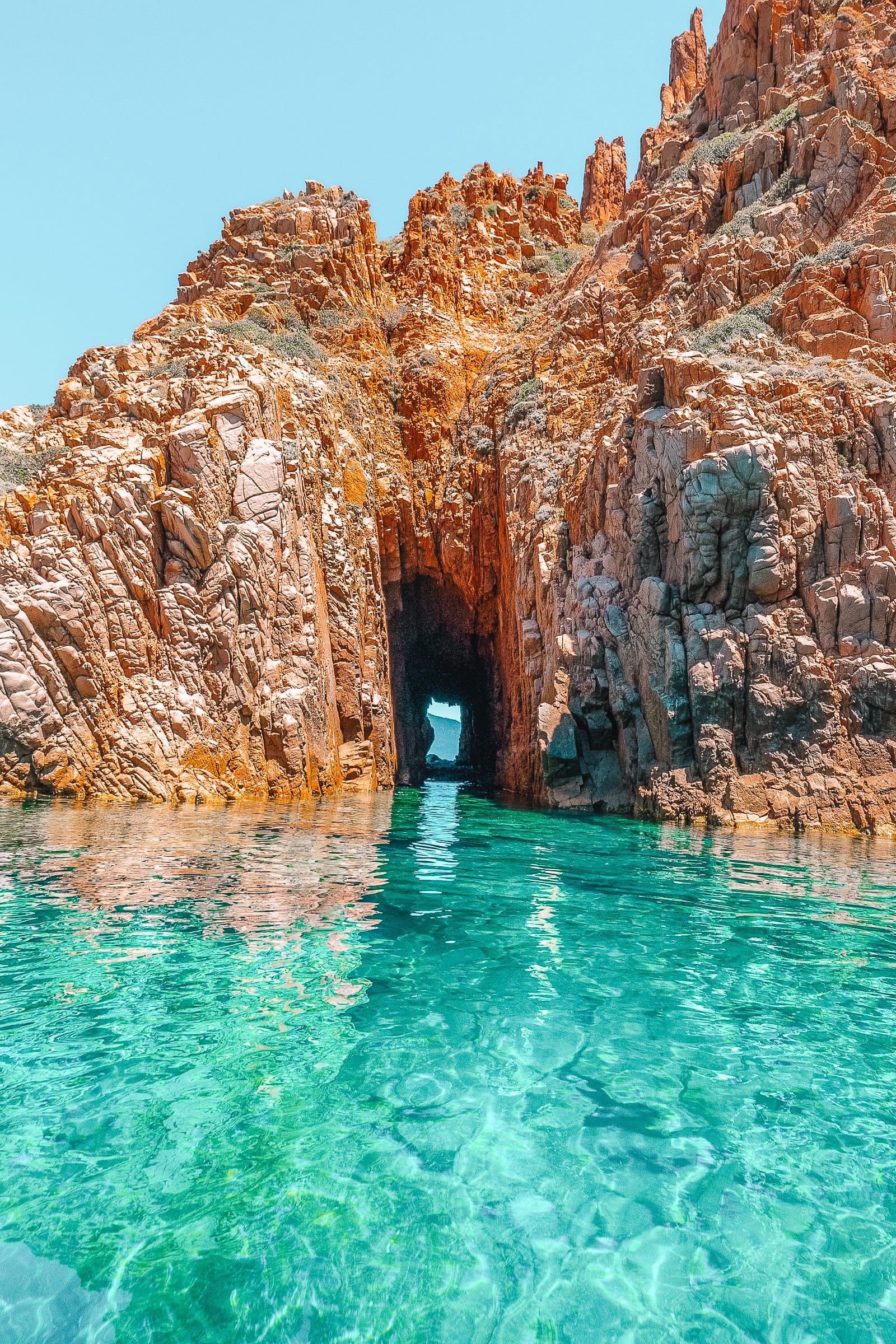 This UNESCO World Heritage Site towers majestically over the ocean in the Regional Natural Park of Corsica. It is known for its obscure rock formations that inspire the imagination.

Each is named individually, and some of them include La Tête du Chien or the “dog’s head” and La Tortue or “the turtle”. It can be visited by car, but there are also many hiking paths surrounding and leading to it.

The beauty of this site definitely makes it one of the best things to do in Corsica. 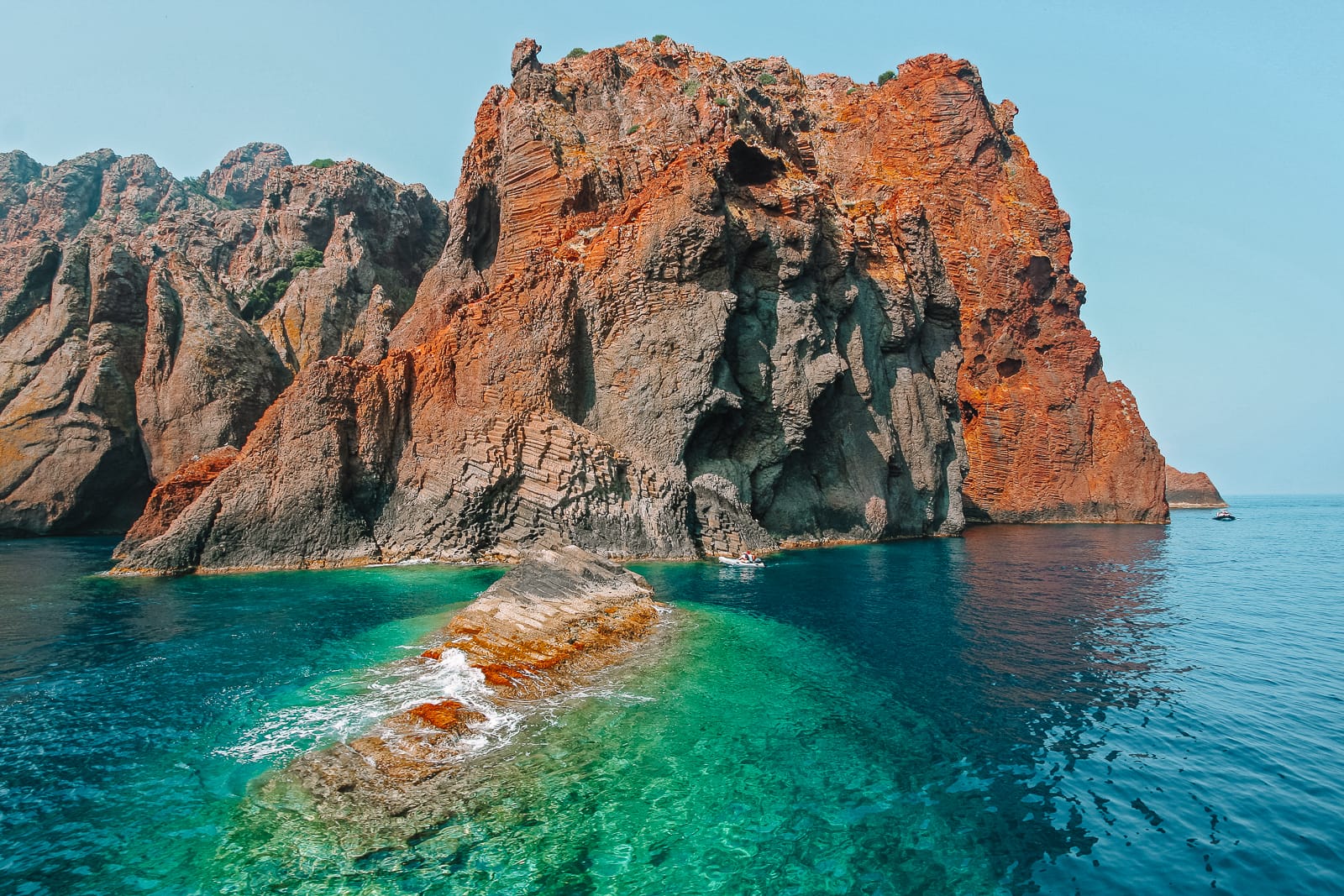 This site was declared UNESCO World Heritage together with the Calanques and is famous for its sheer cliffs.

The area is full of coves and grottos, some of which can be visited and some are only accessible by sea. This landscape was formed by a volcano which collapsed into the ocean.

To really enjoy the crystal clear water and fascinating landscape you can get a boat tour from Porto, Galéria or Calvi. 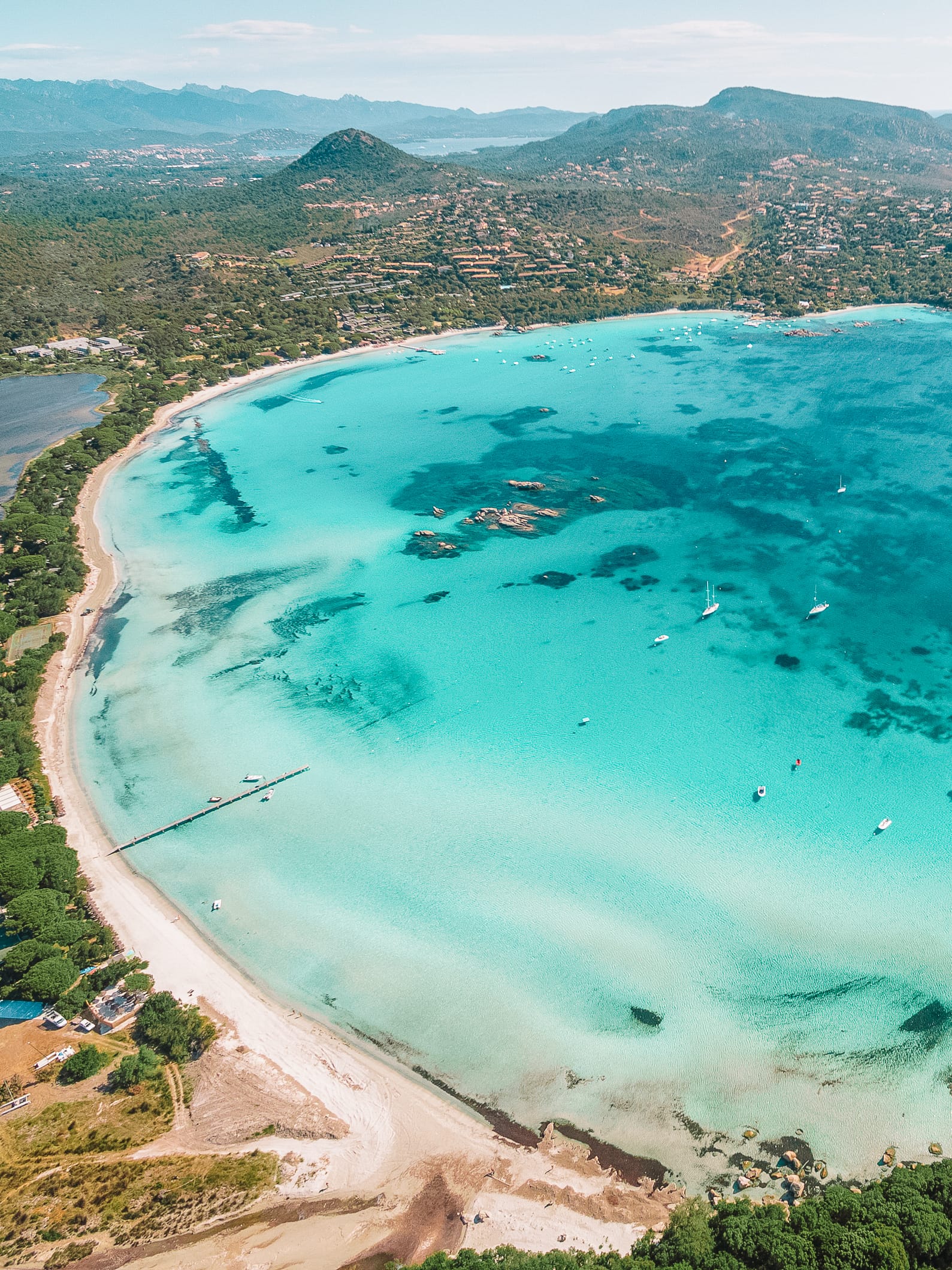 As the most famous beach in Corsica and one of the top beaches in Europe, Palombaggia has a lot to live up to – and it does!

The fine golden sand and shallow turquoise water make it the perfect beach to swim and relax. There are lifeguards on duty keeping everyone safe.

Multiple watersports companies have settled along the beach, offering windsurfing and diving among many other activities. 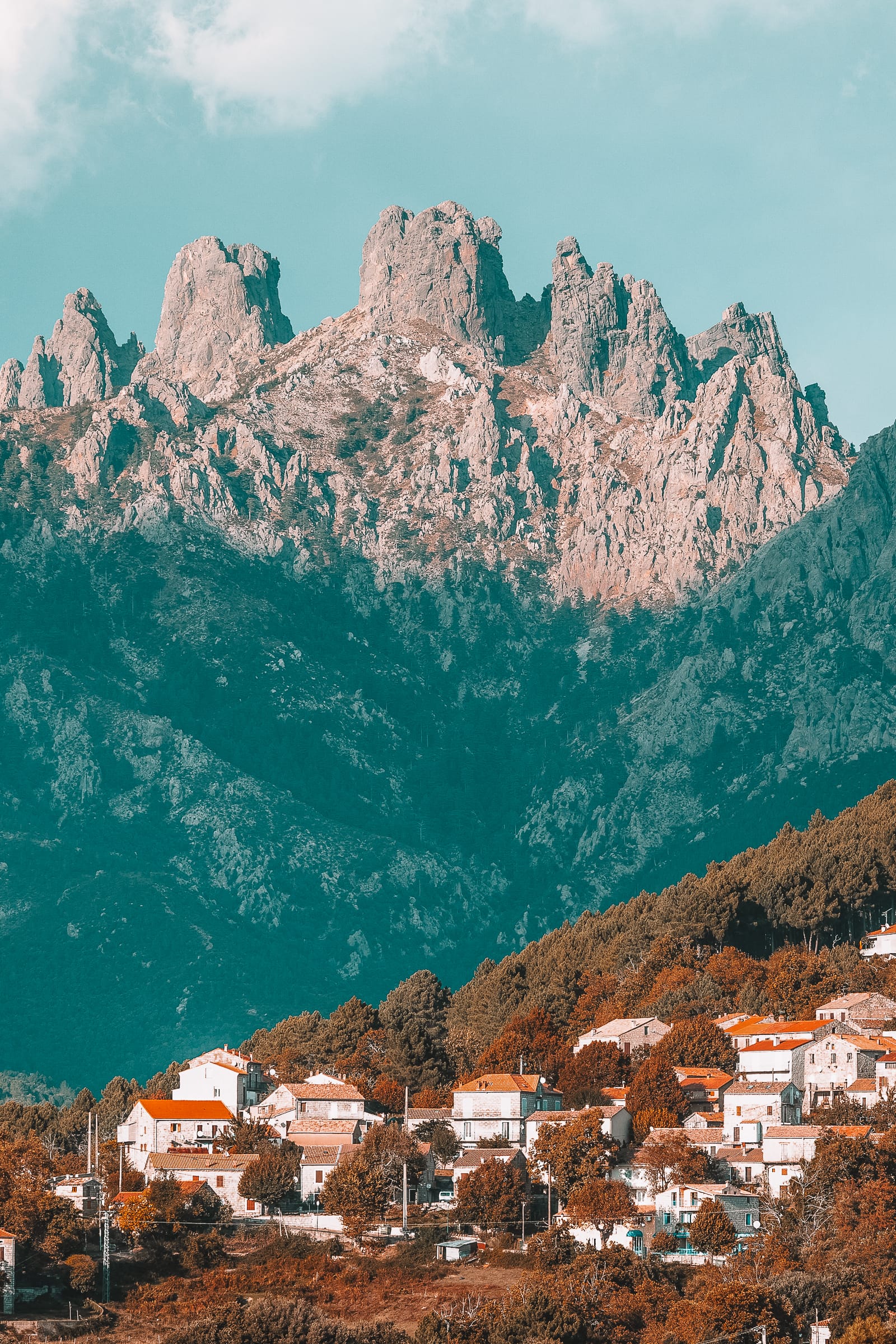 The seven Aguilles or “Needles” of Bavella are a jagged massif that offers fantastic views of the surrounding nature and mountains. They are the center of the Massif de Bavella.

The area offers some smaller hikes, but also longer ones spanning over multiple days if you enjoy those… and if you’re feeling adventurous, there are some adventure tours such as canyoning in Solenzara waters. 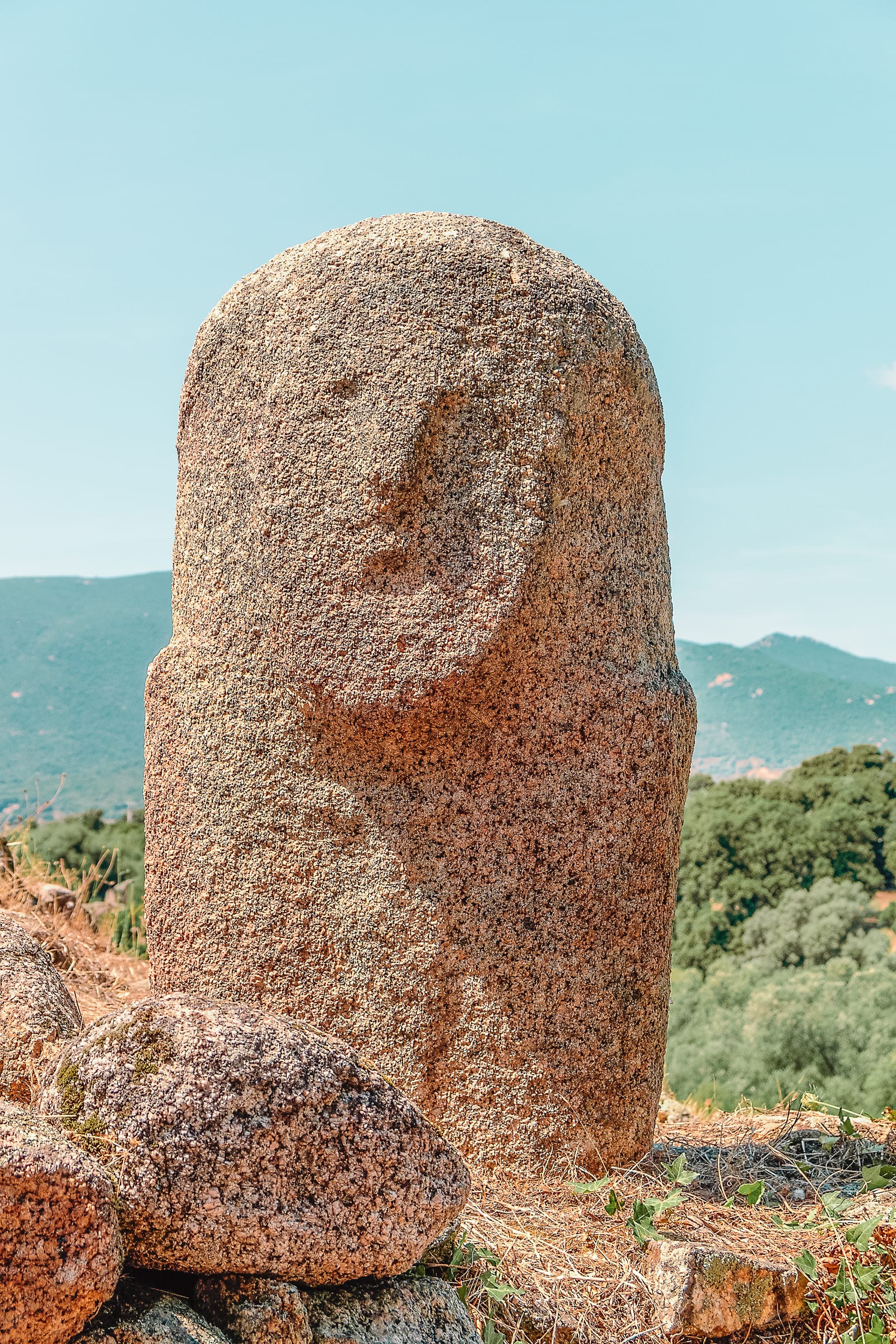 The Prehistoric station Filitosa is a megalithic site and a fascinating reminder of the Neolithic times.

The menhirs retain an air of mystery as they look upon visitors with faces carved in stone. Most of these are 2-3 meters tall and have endured different cultures and peoples throughout the centuries. 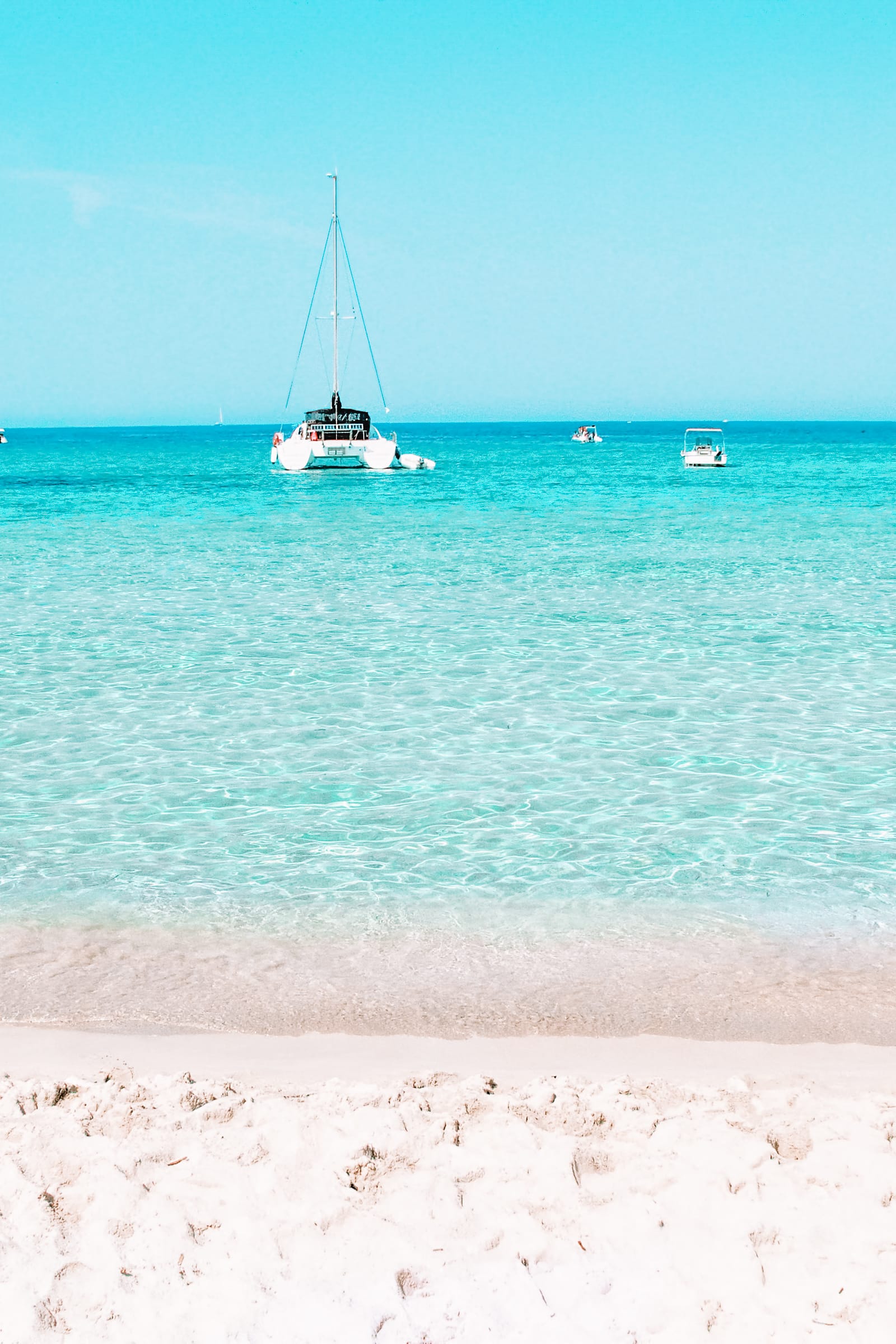 This slightly concealed beach is worth the trip, offering beautiful white sand and clear water.

Because of its position, it used to be a landing spot for submarines during World War II and was the setting for the film The Longest Day.

While famous, it is generally less busy than more easily accessible beaches such as Palombaggia.

Unless you want to hike through the desert, you’ll need to rent a 4×4 or get a boat from St. Florent to get here. Your efforts will definitely be rewarded, though, because visiting this beach is one of the best things to do in Corsica. 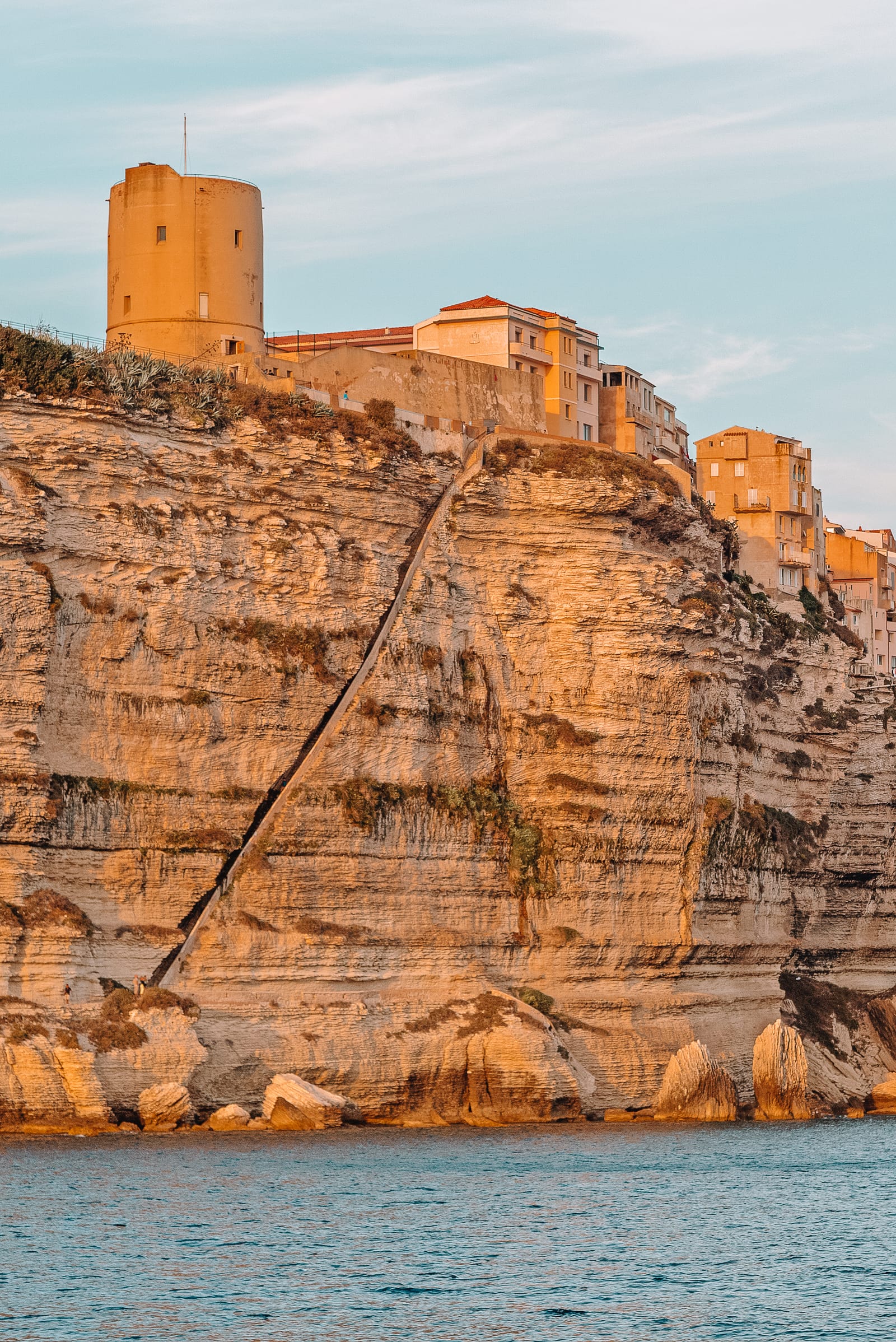 This is a staircase carved into the side of a limestone cliff. It’s said to have been completed in a single night by the troops of King Aragon Alfonso V.

The 187 impressive steps lead down the cliff to a fresh water well, giving you spectacular views of the ocean.

While it wasn’t actually carved in a single night, but instead etched into the stone by monks over a long period, it remains one of the best things to do in Corsica.

Also, while you’re here, also explore the town of Bonifacio and its rich history. 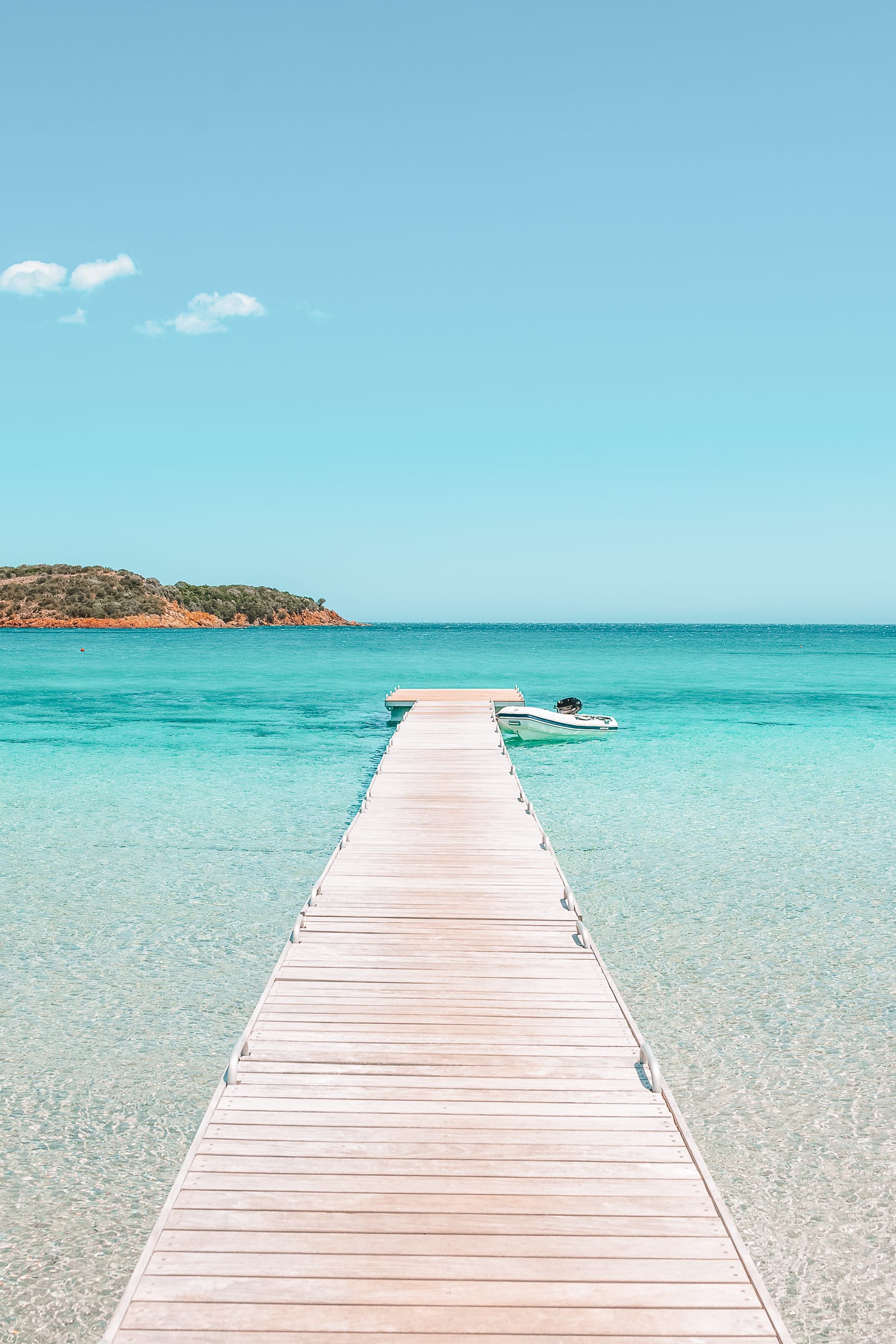 Enjoy the shallow blue water and sandy beach, all while sipping your drink at the small beach bar.

The nearly round shape of the bay protects the beach from waves, making it great for swimming.

If you’re up for a meal, try the Restaurant de la Plage Chez Ange nearby. There are also trails for hiking close by at the Sentier de la Rundinara. 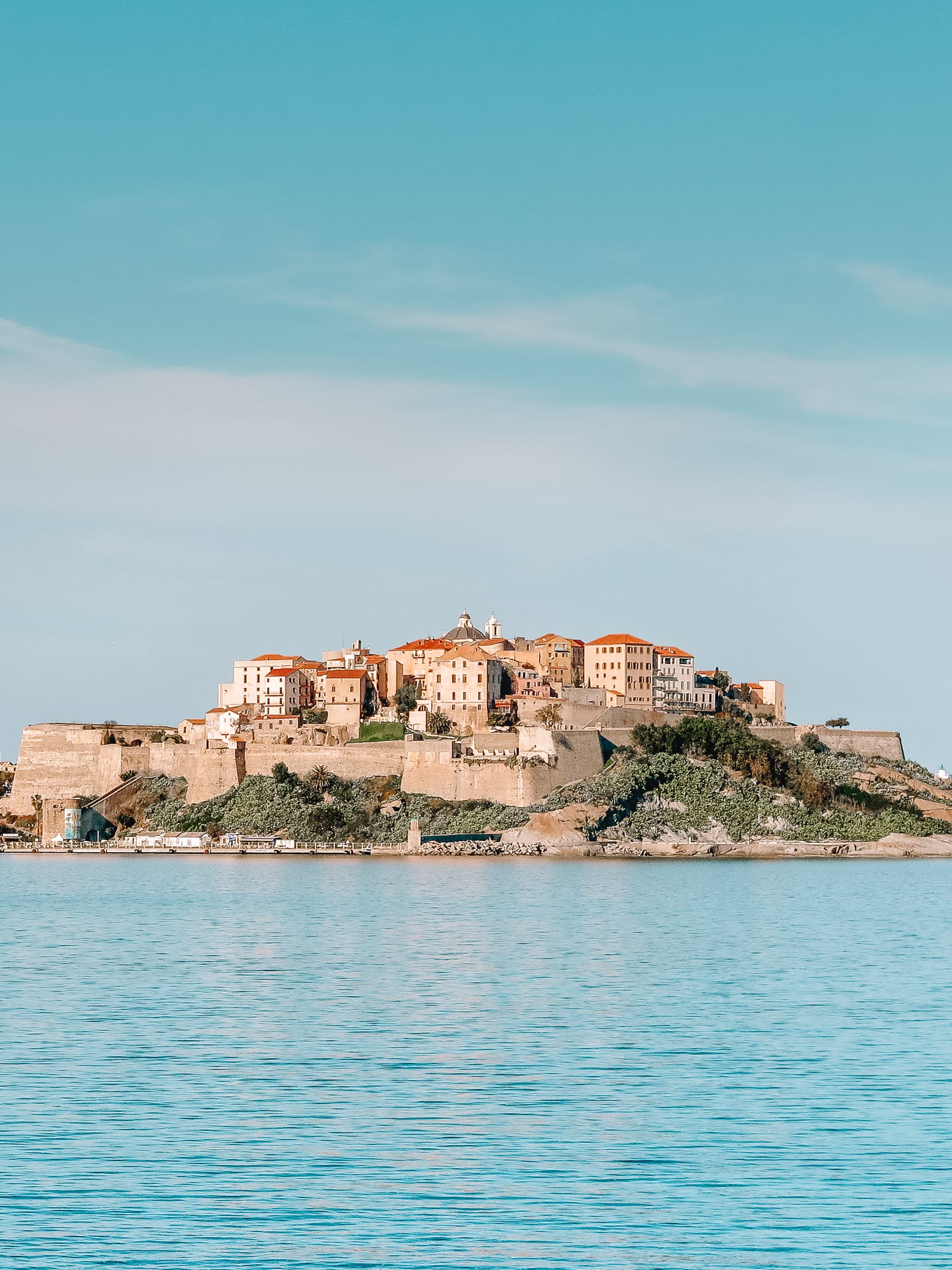 Because the town of Calvi spent much of its history under siege, the Citadel was built to withstand the attacks. It towers over the area, providing great views of the city and the ocean.

A very interesting audio tour is offered in multiple languages, making one of the best things to do in Corsica accessible to everyone.

If you want to get a good view of the Citadelle, visit the Notre-Dame de la Serra. This chapel overlooks the entire town and the gulf and is perfect if you want to take in the huge building. 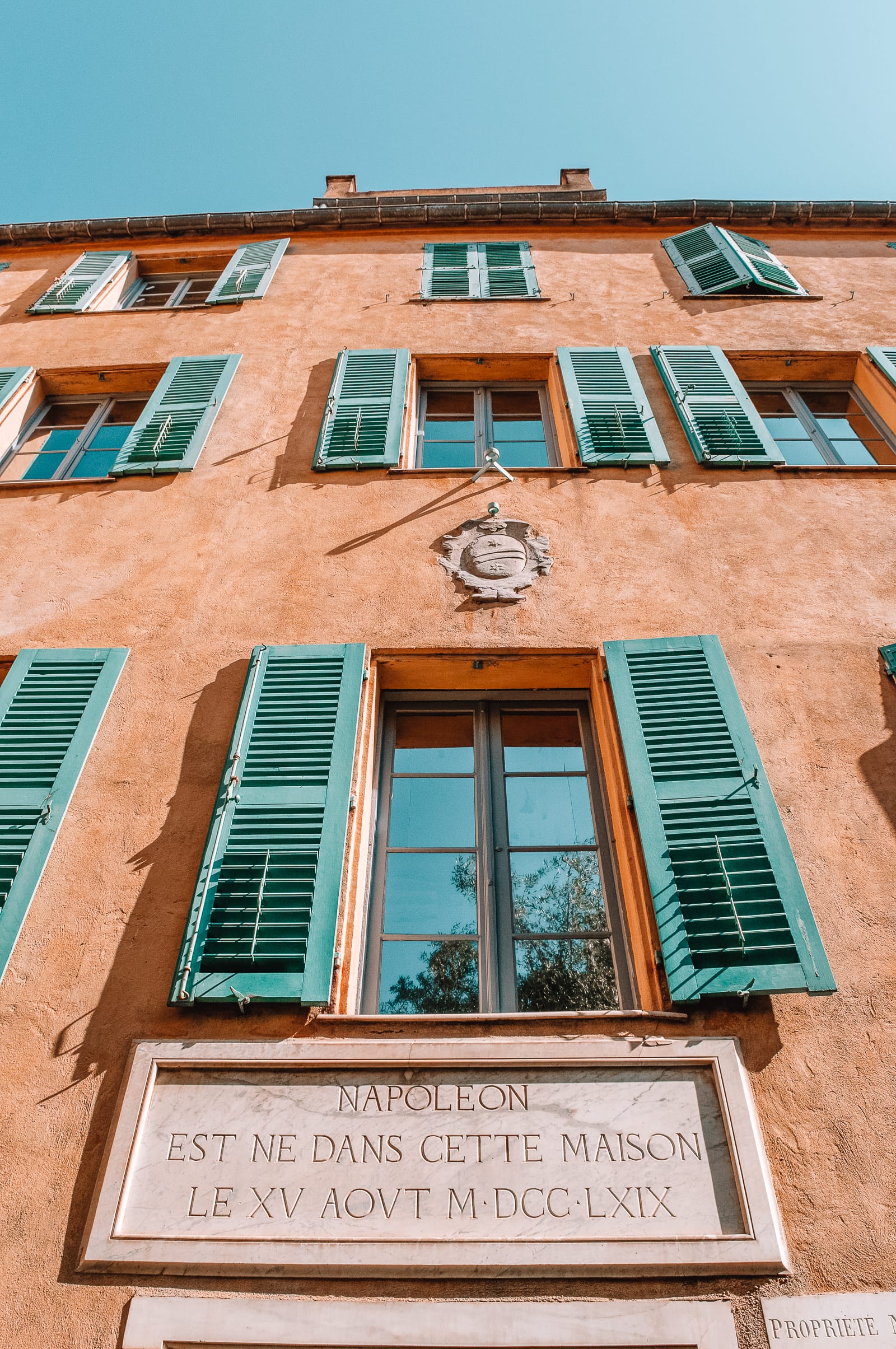 Set on the Rue Saint-Charles, the ancestral home of the Bonaparte family presents a valuable piece of history.

The house includes the room that Napoleon Bonaparte was born in and despite its unassuming exterior is filled with historical artefacts that show the way life used to be.

After over 250 years in the Bonaparte family, it is now a museum open to the public. 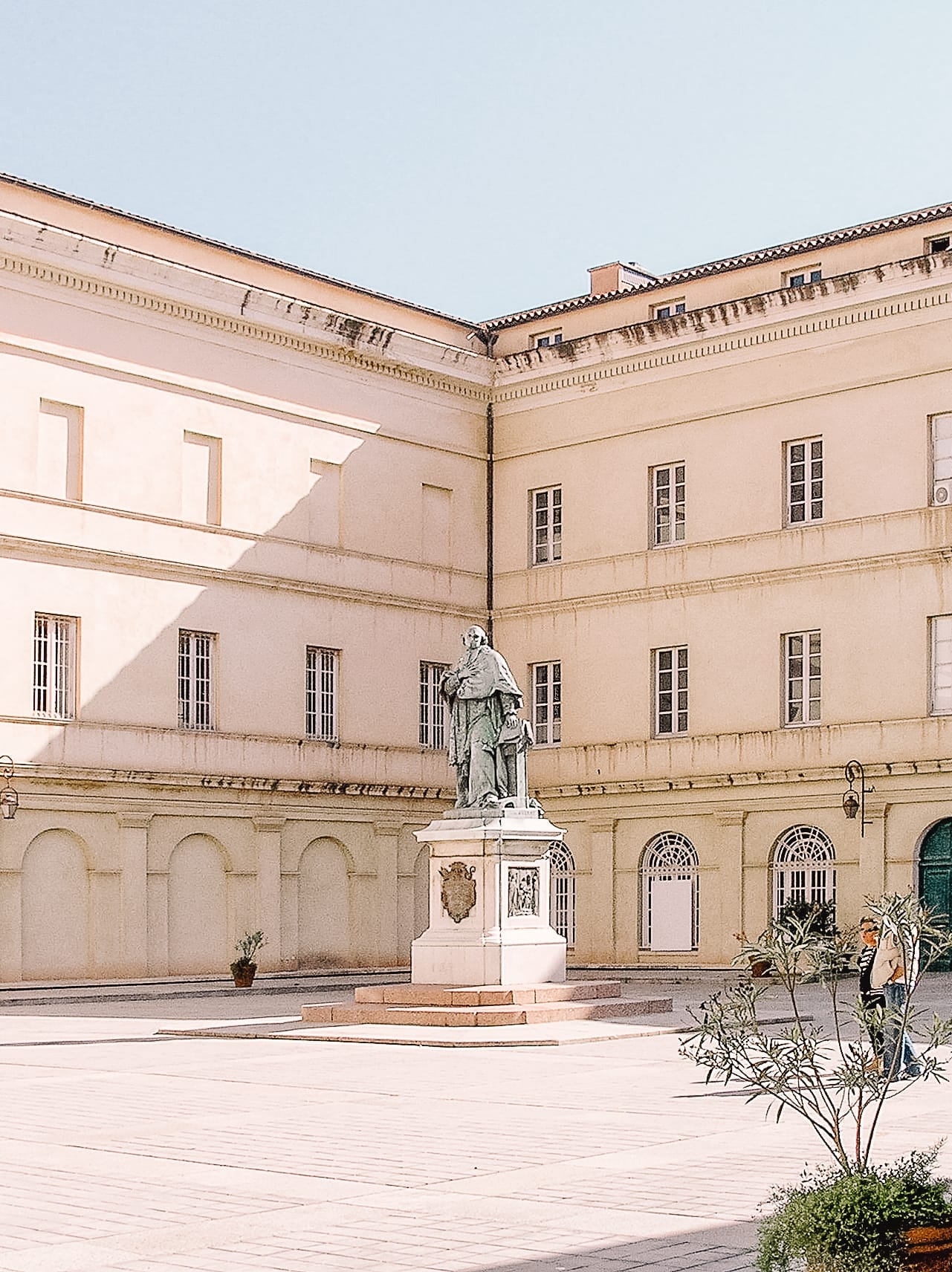 Established by Napoleon’s uncle, this museum holds a variety of valuable artefacts, including 30,000 books. Fesch donated 1000 works of art to this museum before he died, hence its name.

The museum is said to host one of France’s finest collections of Italian old masters, including Botticelli, Giovanni Bellini, and Cosmè Tura. It’s a must-see for anyone who appreciates the fine arts! 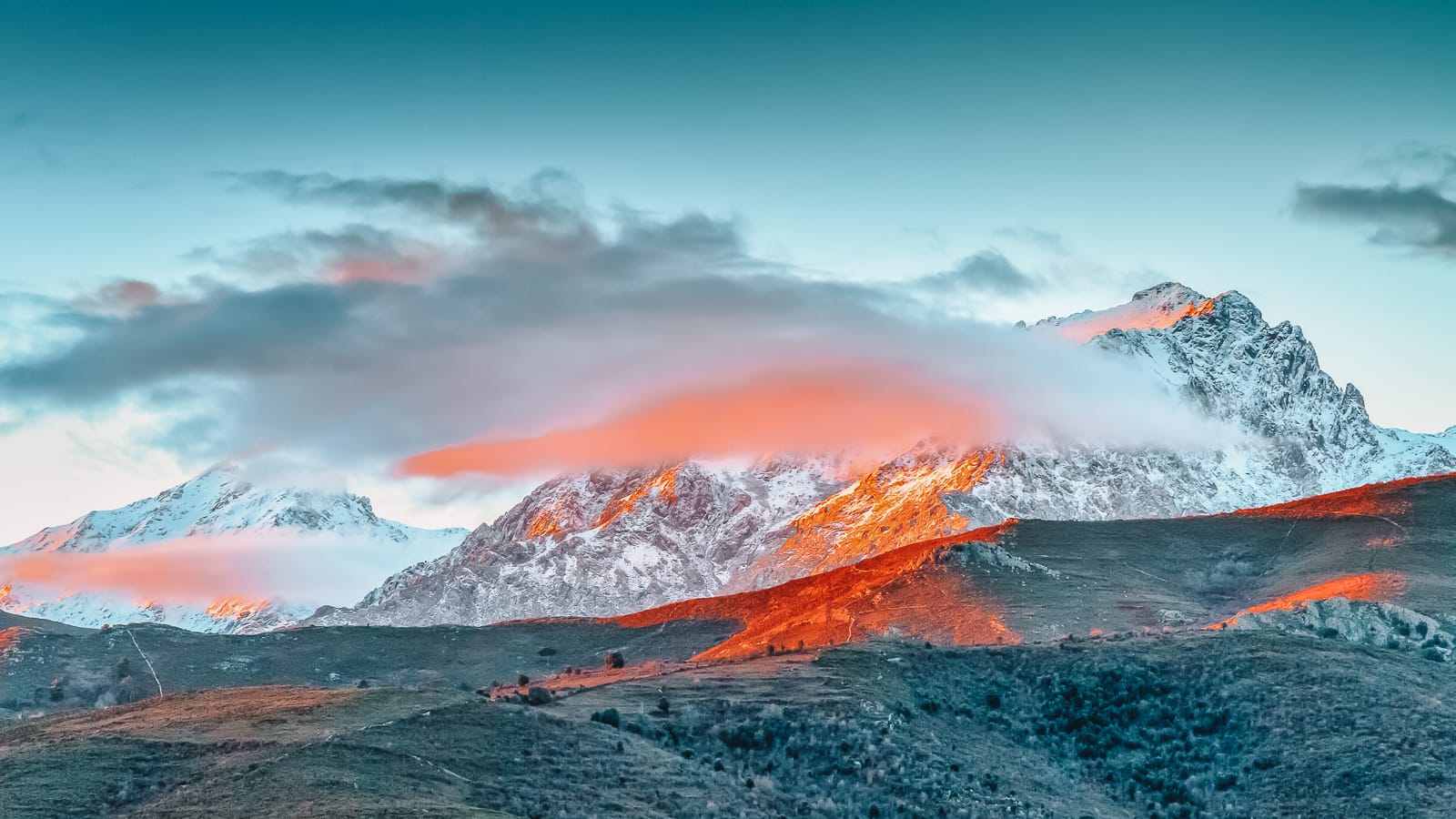 The Monte Cinto is the highest mountain on Corsica and as one of the most prominent peaks in Europe, it gives views all the way to Rome (if the air is totally clear).

A trek to the top has been set up, that can be taken on by an ambitious hiker in one day. 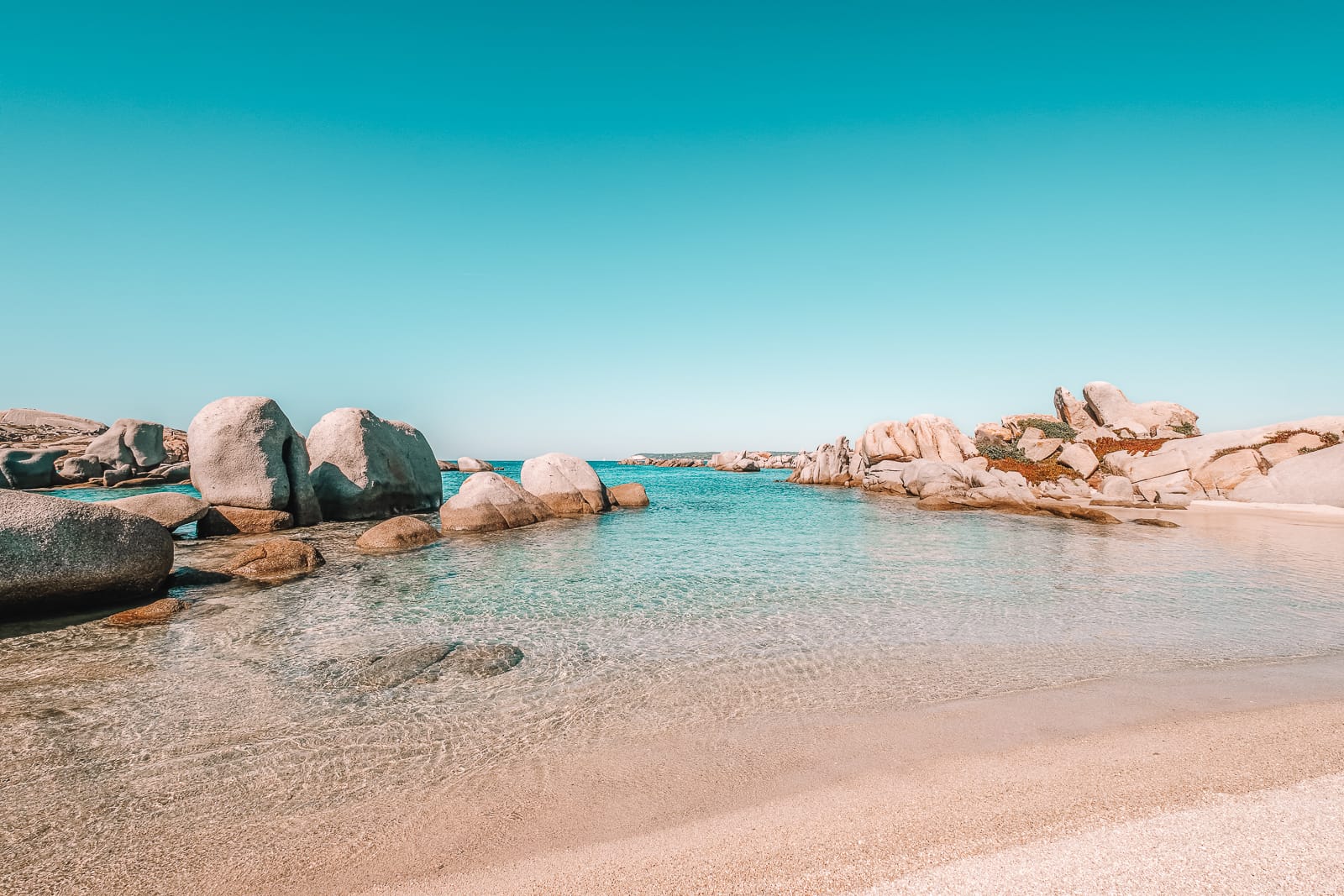 This idyllic, private island is calm, relaxing and full off small beaches to explore.

It’s also home to the Hotel & Spa Des Pecheurs, where you can enjoy a laid-back and luxurious stay, or just a nice lunch if you’re visiting from the main island.

The sand is white and the water clear, and with only one hotel the island remains exclusive and a calm, beautiful spot to get away from it all. 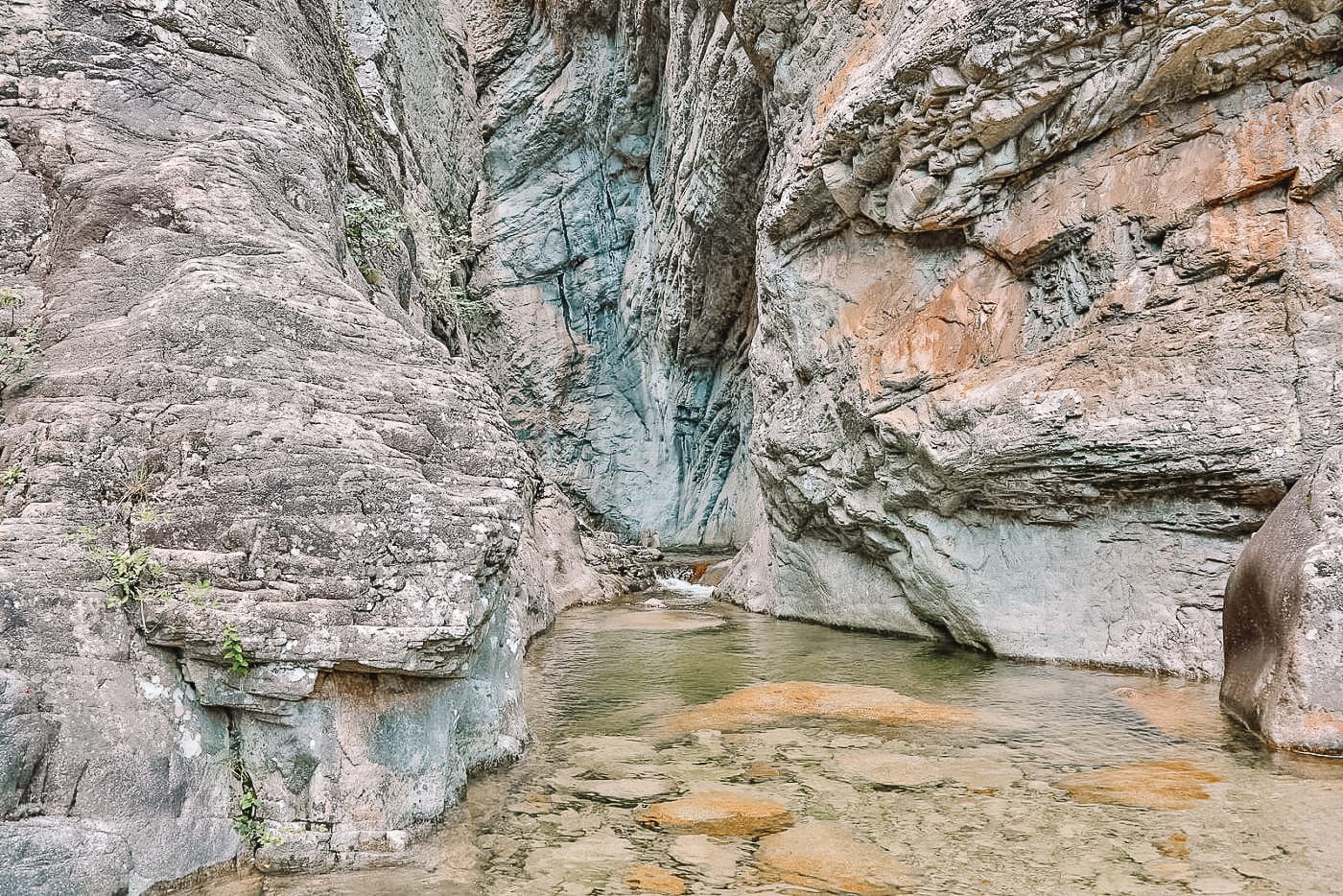 Corsica is one of the most incredible places to go canyoning. The water is stunningly clear, the weather temperate and the mountains impressive.

Richiusa Canyon is one of the coolest spots to take a canyoning tour and enjoy the wild outdoors.

Only 45 minutes from Ajaccio, it lets you experience swimming, skidding, sliding and abseiling, perfect if you crave some adventure after a leisurely holiday.

Wanna  explore more of France’s beautiful summer destinations? Check out this post from Provence below.

13 Best Things To Do In Provence, France