If you like to discover a mixture of different cultures, Toledo is the place for you. Some of the best things to do in Toledo come with diverse influences from Jewish, Islamic and Christian cultures, making this historic city a popular spot for visitors from all over the world.

There is so much to see and do here and to make things even easier, you can even come here from Madrid on a day trip! Personally, though, I’d recommend seeing Toledo over a few days to really capture the city’s culture and rich history. 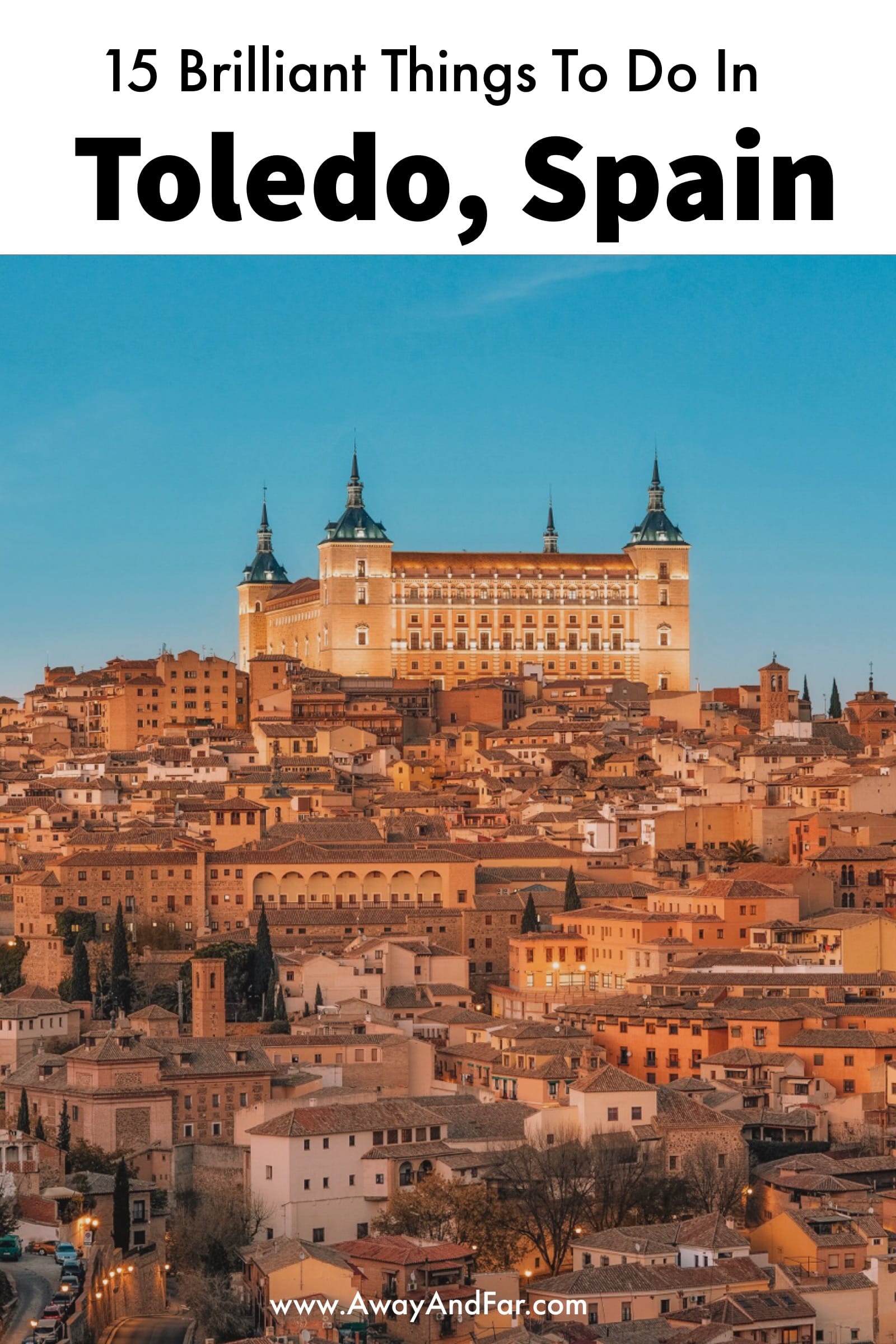 Here are 15 best things to do in Toledo! 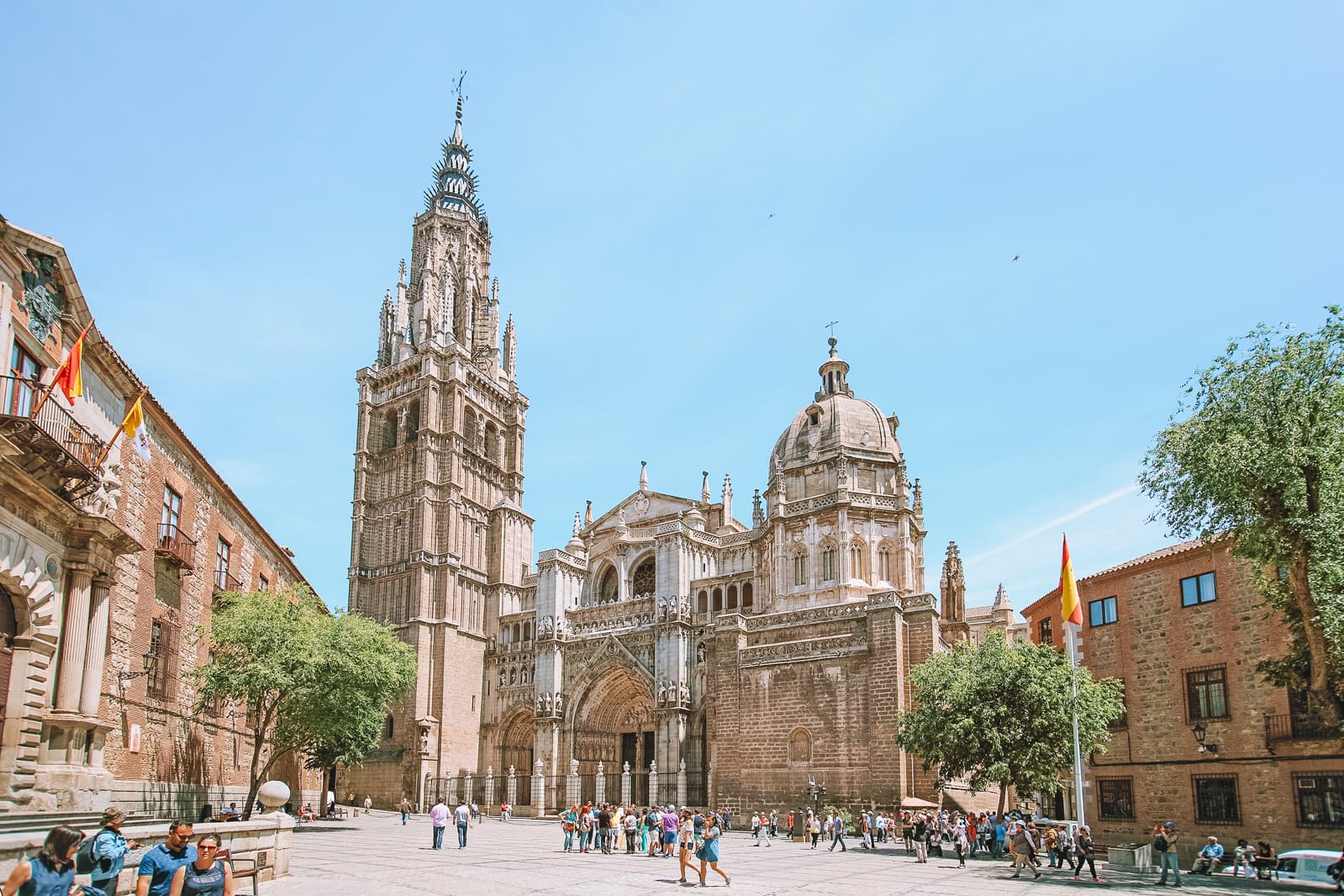 The Toledo Cathedral is often regarded as one of the finest in Spain, and when you see the exquisite mixes of architecture and design, it’s easy to see why. One of the best things to do in Toledo and a must-see for any visitor. 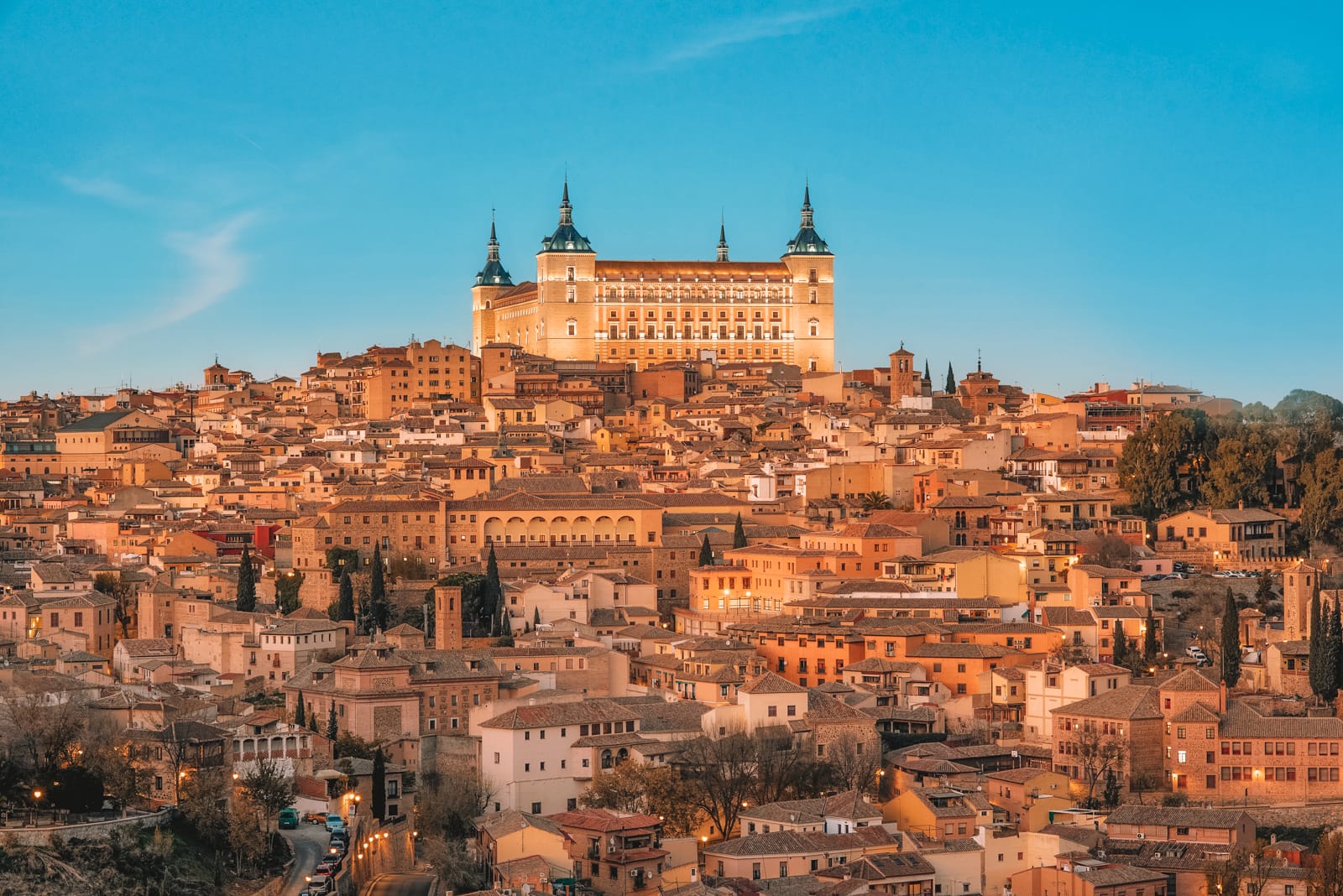 At the highest point of Toledo, the Alcazar palace is set on a 550-meter hill. The palace facades are all actually slightly different due to the different styles taking place while the palace was being built.

Inside, there is an army museum with an array of memorabilia dating back to the 1800s. 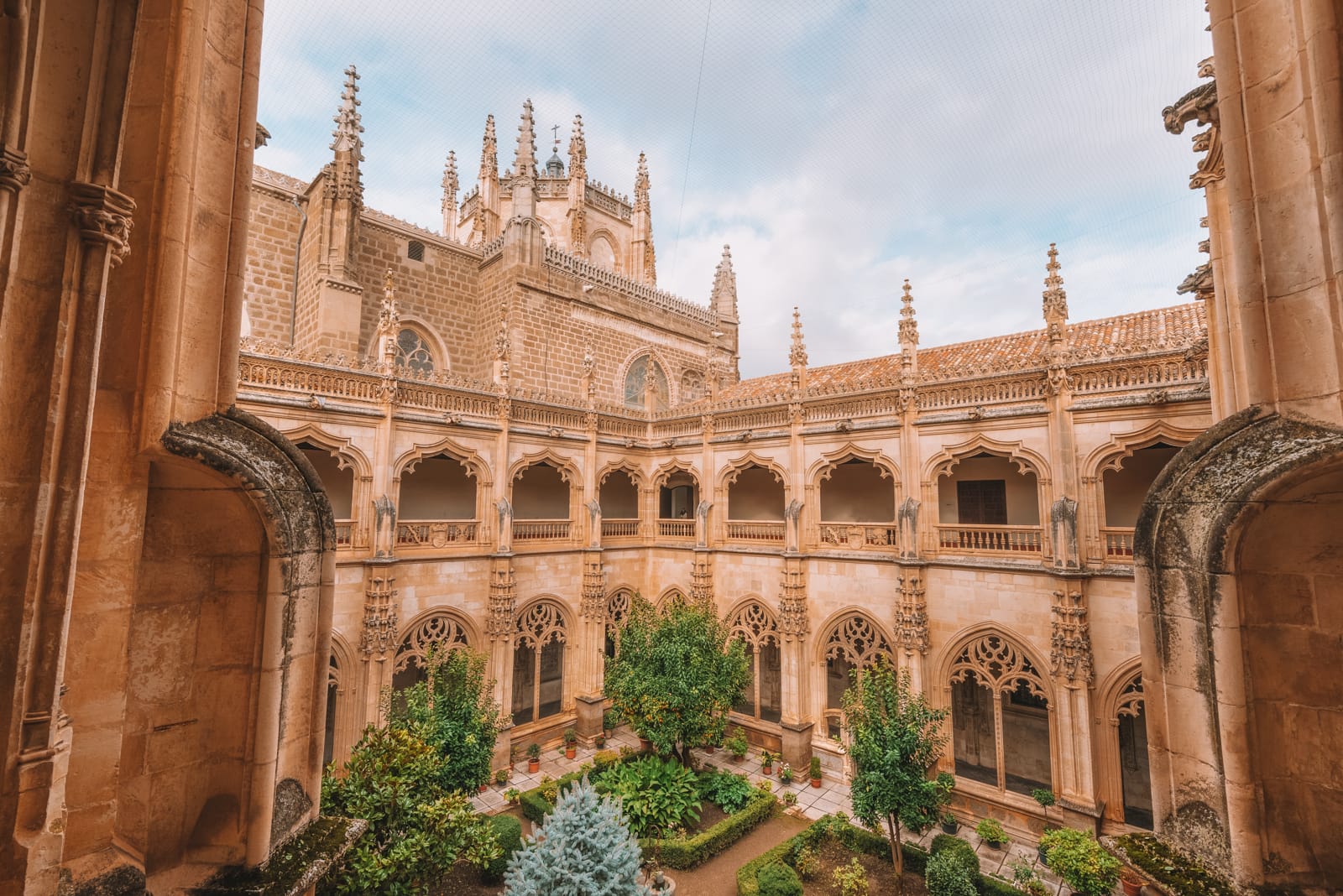 There are so many historic buildings in Toledo however this Monastery really stands out.

A mixture of Elizabethan and gothic styles this breath-taking church also has a very decorative interior with clear Arab influence on the monastery ceiling. 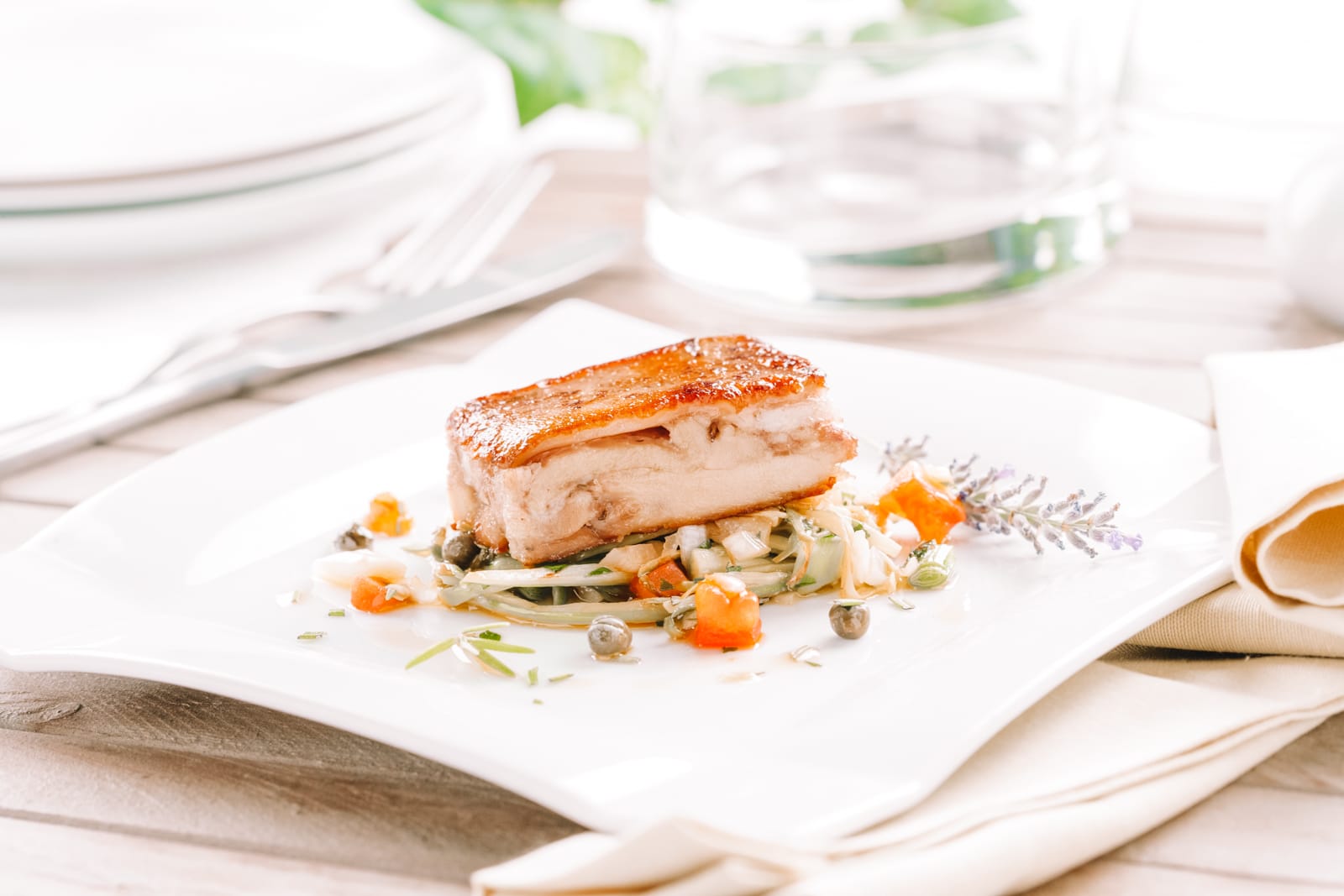 While you in the city, why not enjoy some of the area’s speciality? Cochinillo or ‘suckling pig’ is a local dish and very tasty especially in the colder winter months. For the best in town, try Los Cuatro Tiempos. 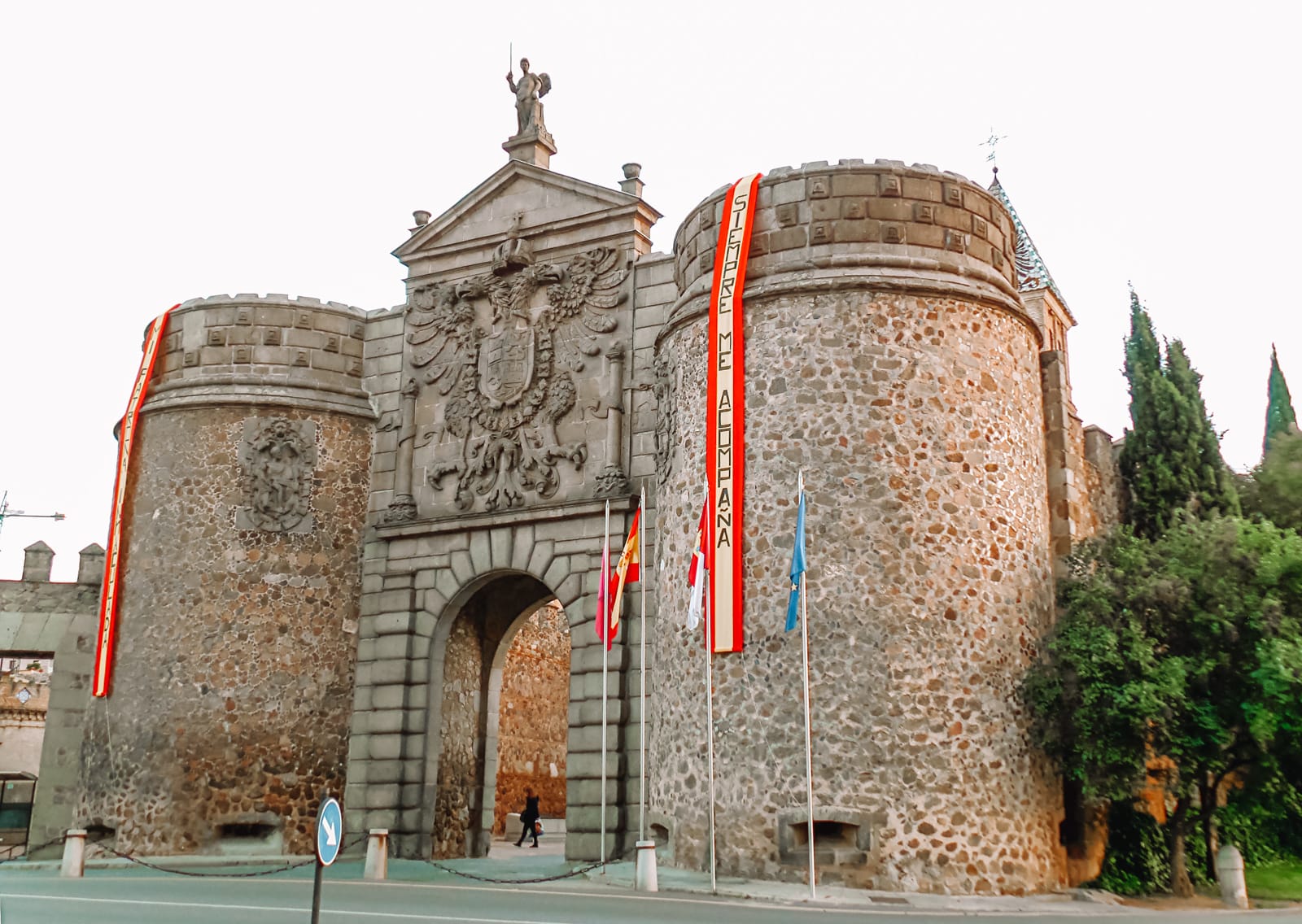 The oldest of two city gates and was built in the 900s by the moors.

One of the best things to do in Toledo is to use this gate to enter the city and from here you can see the archway that bears the city’s coats of arms and further on from this is a pretty courtyard. 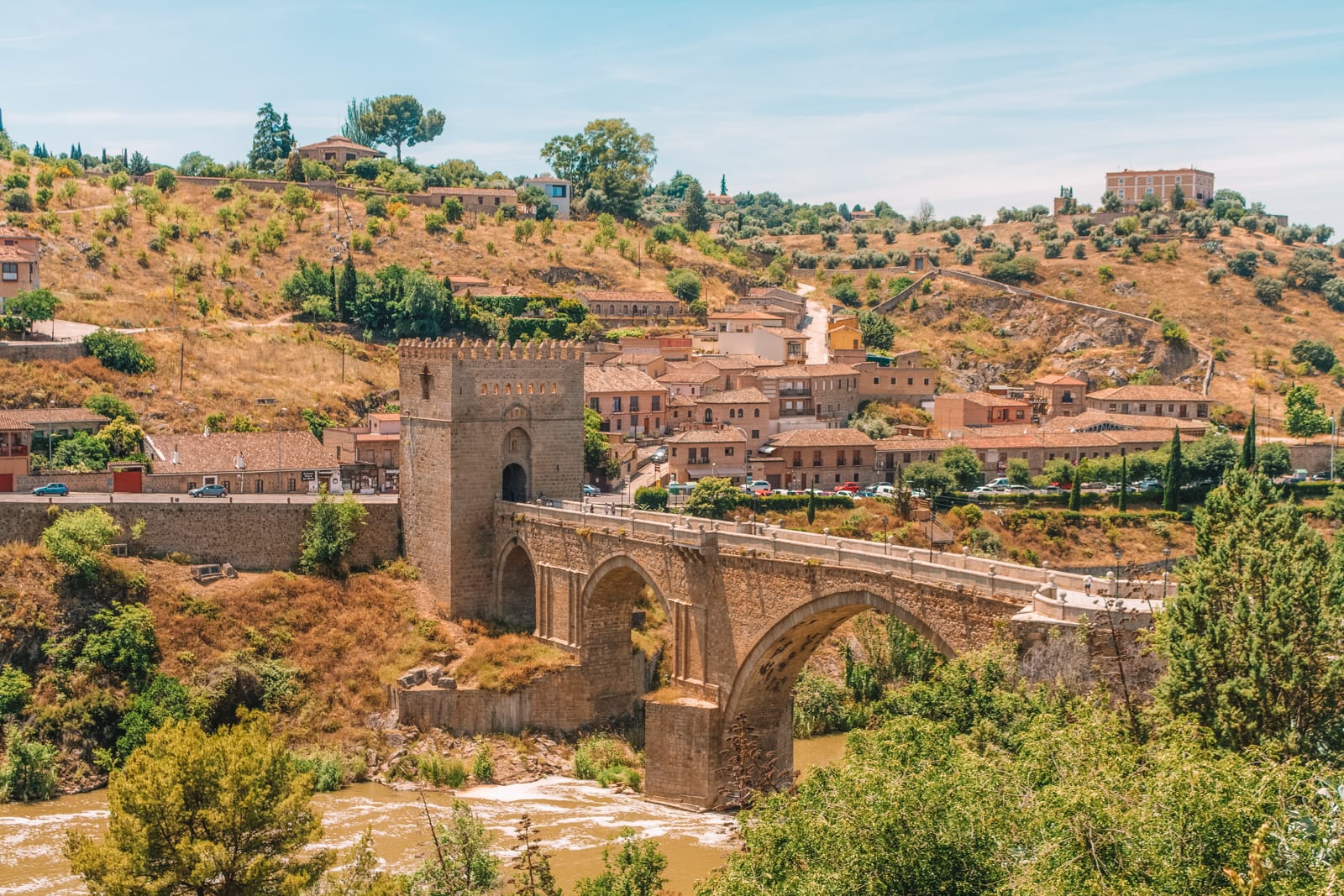 Built in the 1200s and later rebuilt in the 1300s and 1400s due to damage, this medieval wall will make you feel like knight entering the city. If you look down you will also see the green reflecting waters of Tagus River.

7.) Take in the views at Mirador del Valle 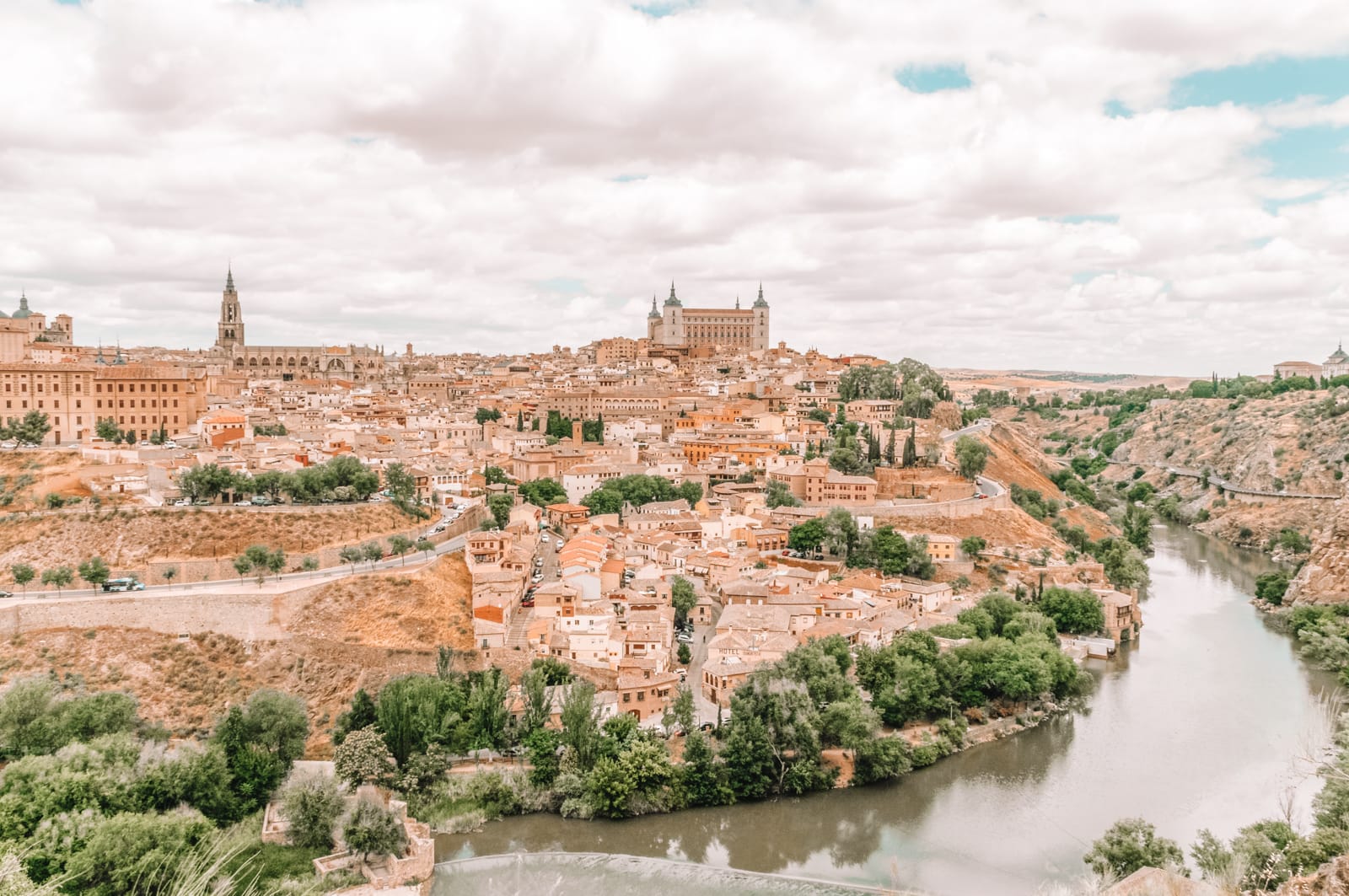 The best lookout point in all of Toledo is from the Mirador del Valle. From here you can see lots of the cities attractions including the Alcazar, Cathedral and Tagus River.

Visit this area at night time for a different take on the city when all of the monuments are lit up by orange light. 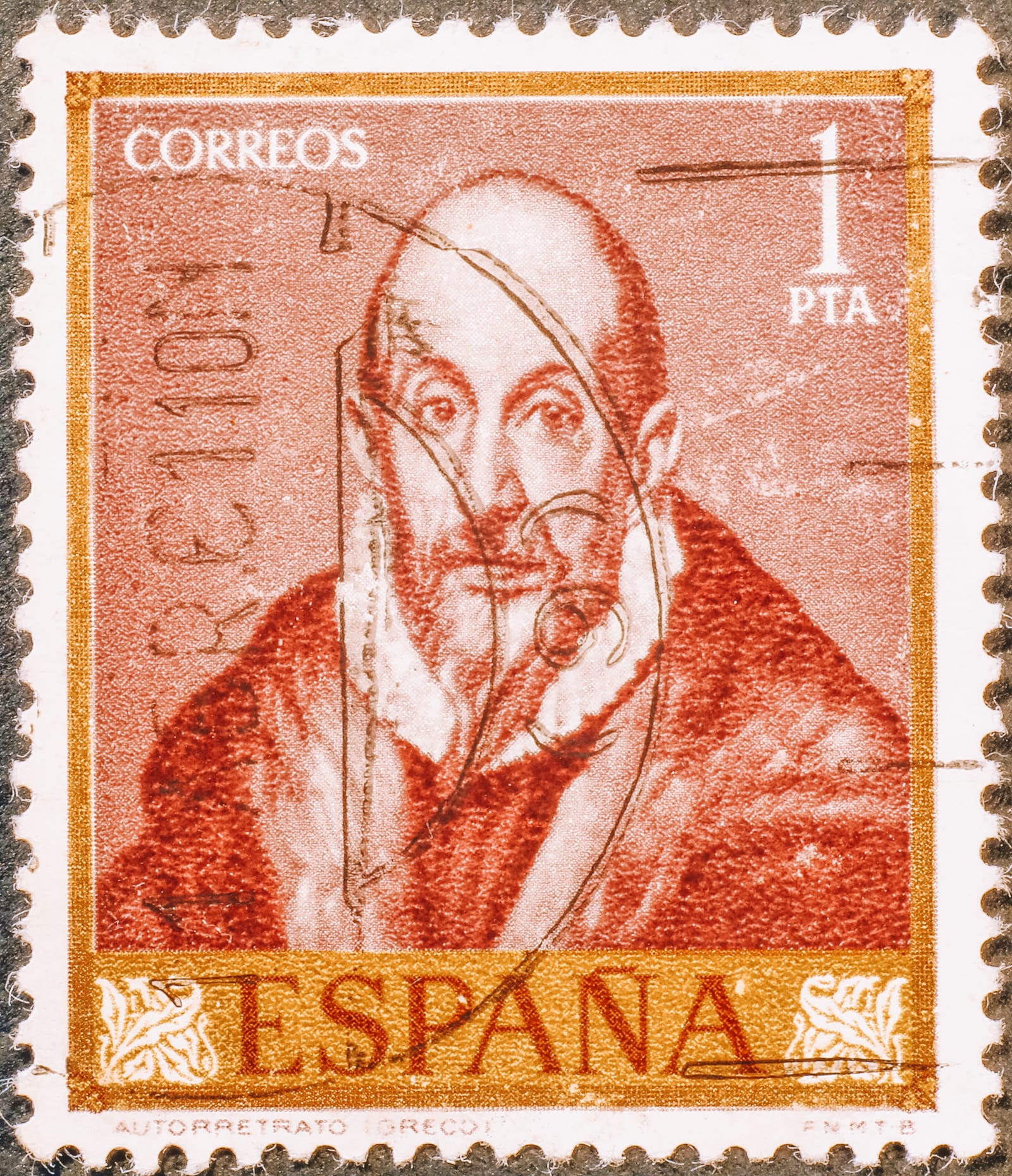 El Greco is one of Toledo’s most known and most important residents and his most famous works are shown in this museum.

Marvel at his paintings of Toledo and learn about the famous artist’s history. One of the best things to do in Toledo for any art enthusiast. 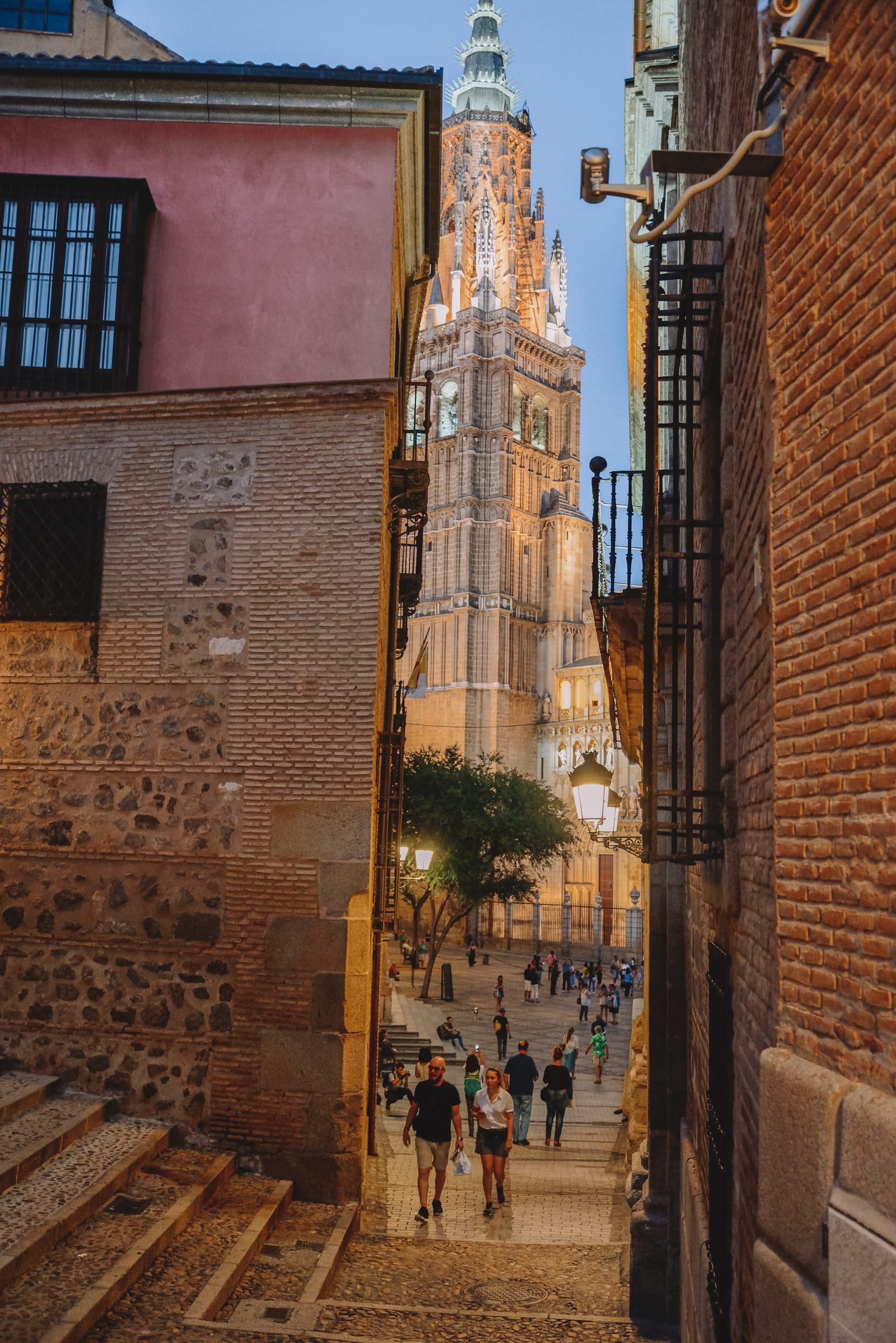 Toledo is particularly pretty at night when the cities monuments are lit up and the streets become a little bit quieter creating a sombre atmosphere.

There are a few guided tours you can do and I found its a great way to walk and learn about the city without enduring the summer heat. 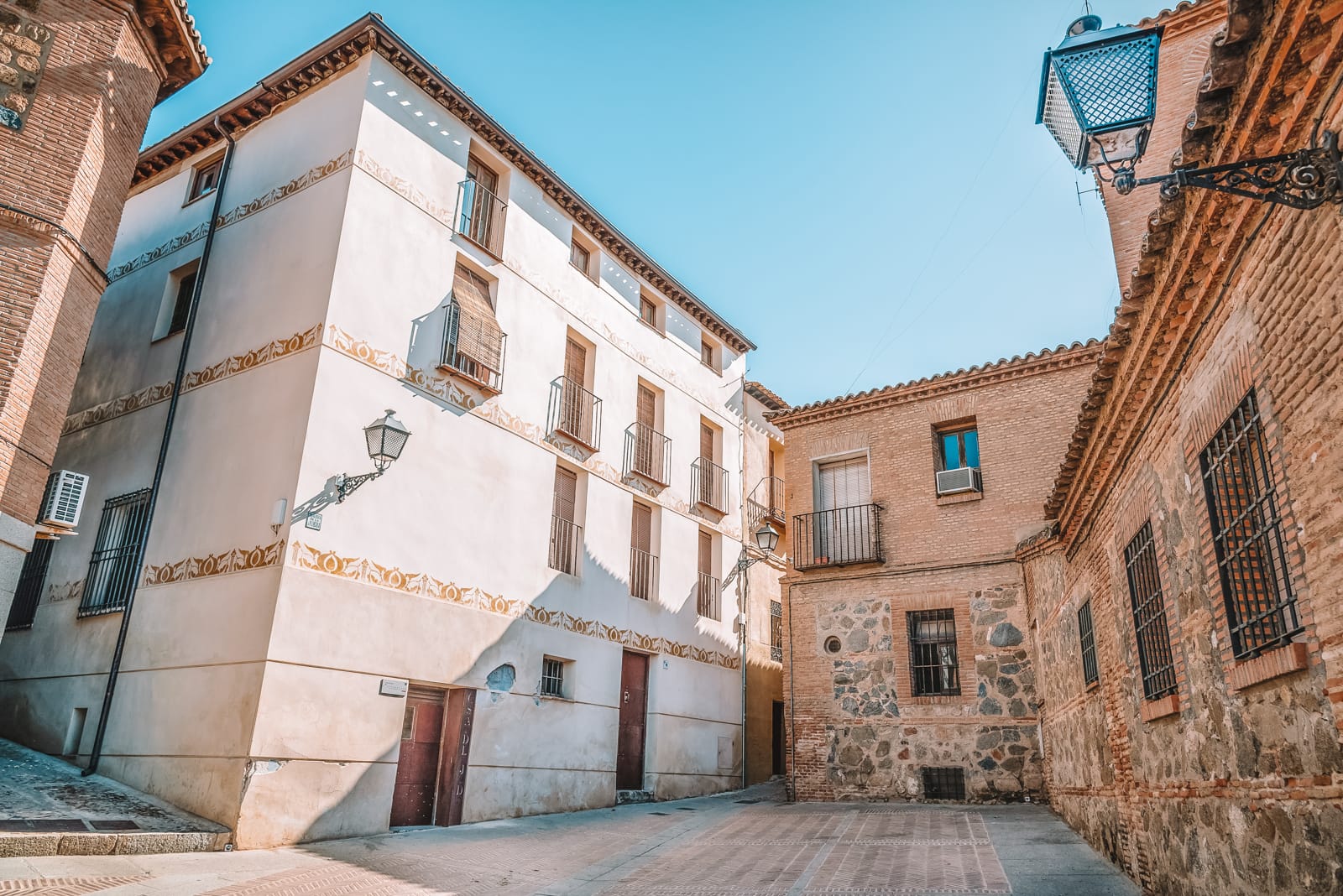 Previously the city’s Jewish quarter, this is one of the most picturesque parts of the city with a lot of the building still very well preserved.

If you would like to learn more about the history, take a guided tour and learn what it was like with Christians and Muslims being the more dominant faiths. 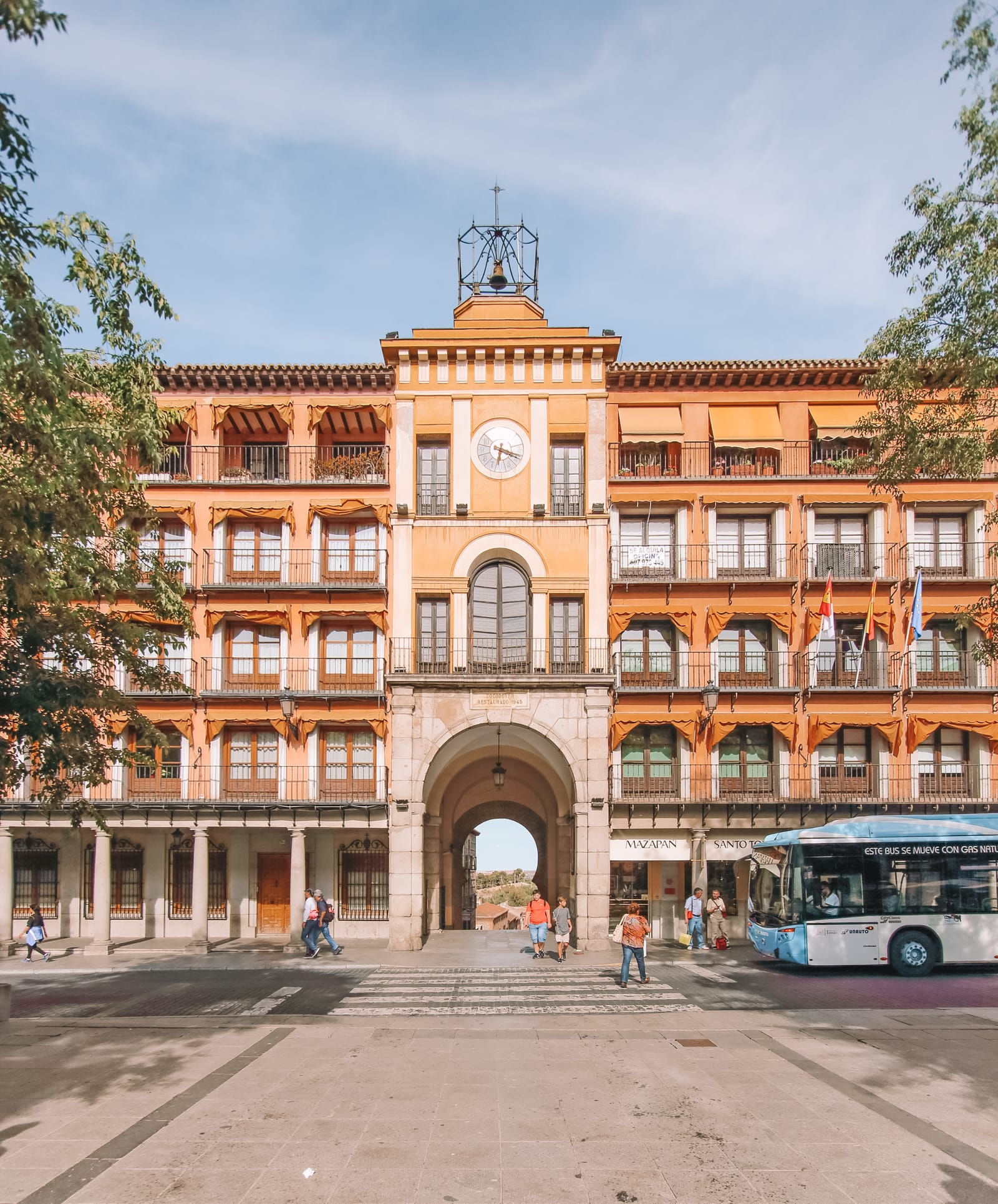 This area is the main meeting place for everyone in Toledo and has been so for centuries.

During Toledo’s fiestas you will dancing, costume competitions and concerts taking place in this bustling square.

One of the best things to do in Toledo after a day’s sightseeing is to take a seat at one of the many cafes here and watch the world go by. 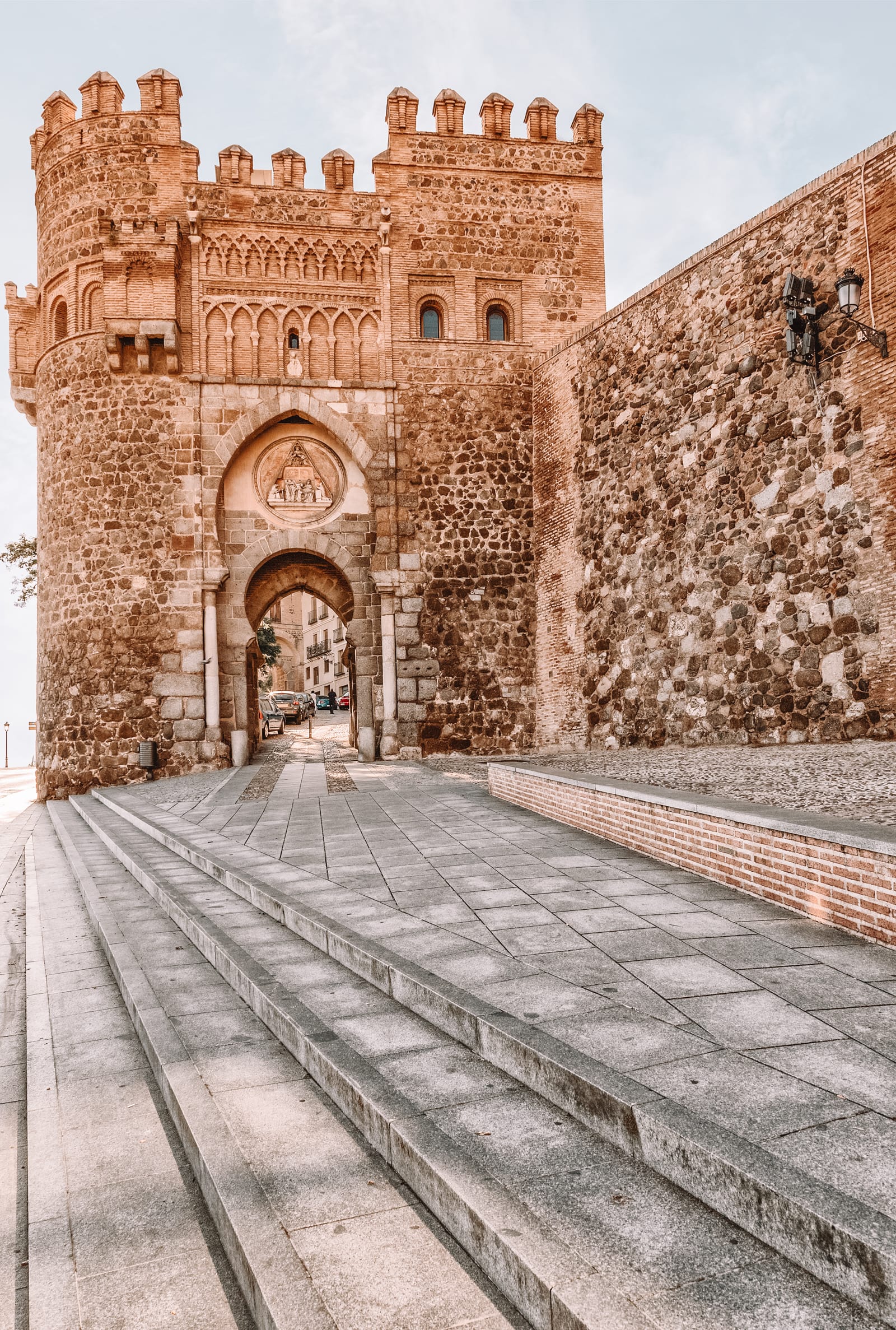 This city gate was built here in the 14th century and beautifully showcases the Mudejar style that you will see pretty much all over the city.

When you walk through, take a moment to look at the intricate details such as the Moorish horseshoe-shaped archway which is entwined by smaller scalloped arches. 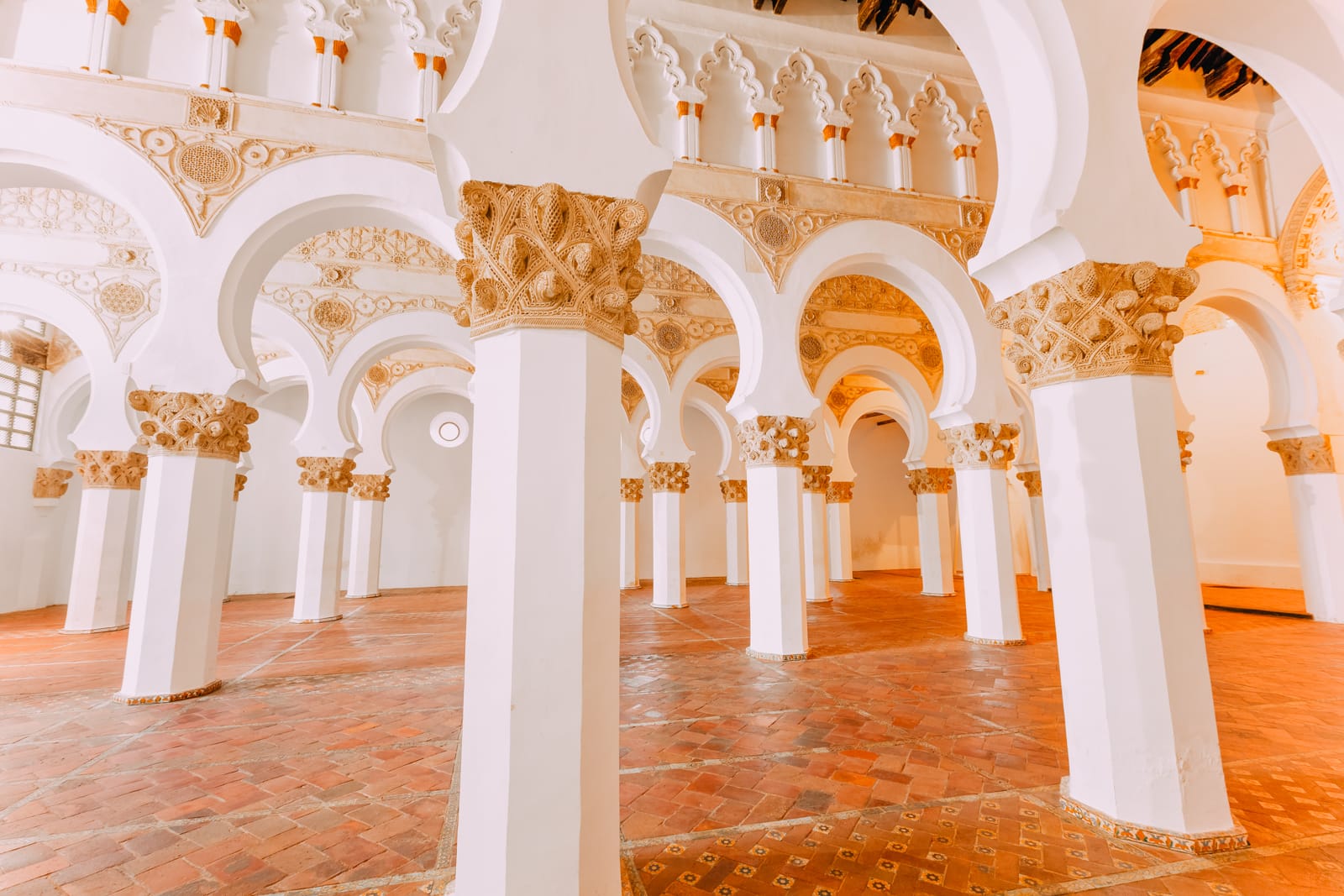 This is the oldest synagogue in Europe and dates right back to the 12th century. When you enter you will be struck by the beautifully intricate mosaic tiles and Mudejar-style features. 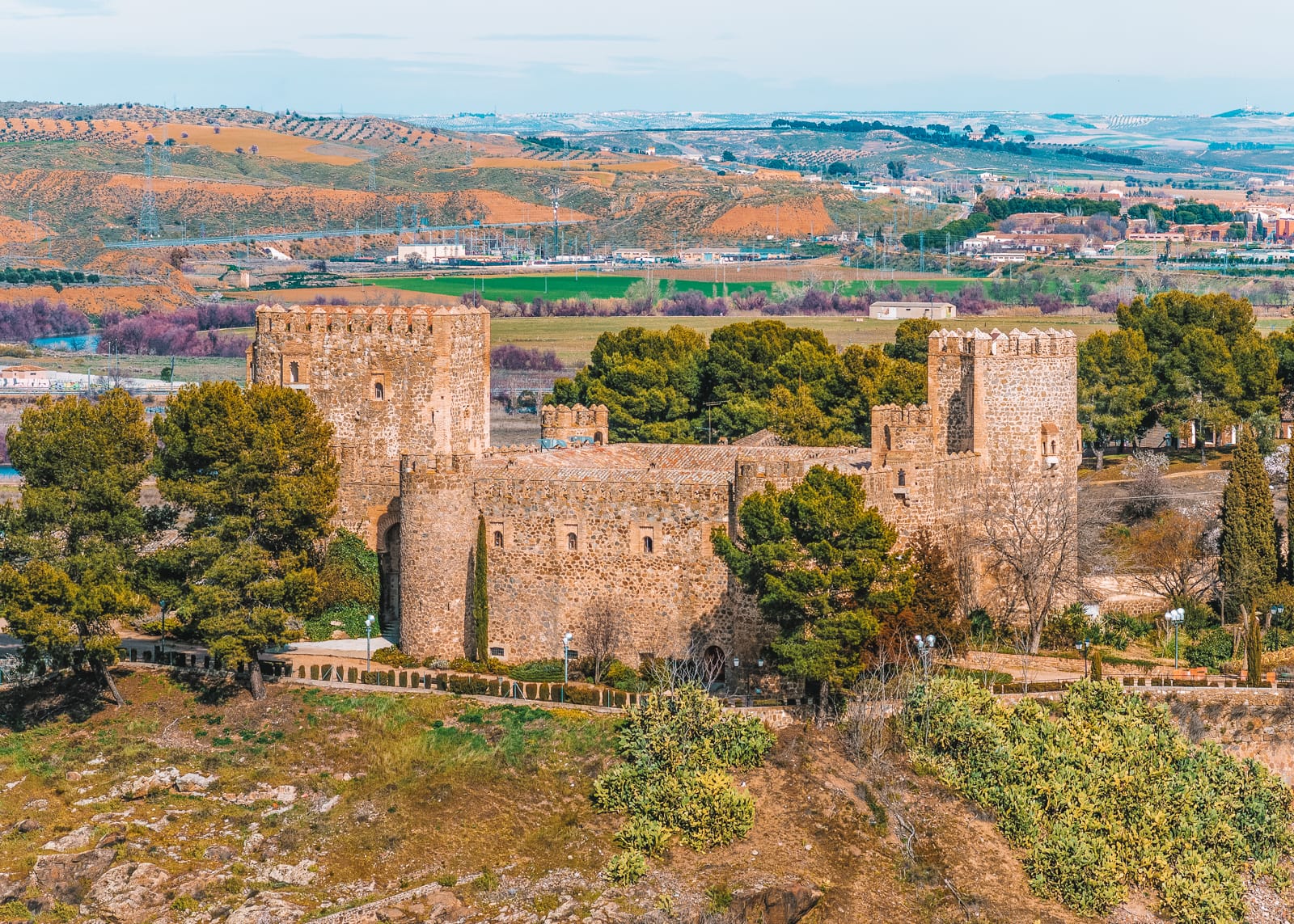 Built in the 14th century and sitting high above the riverside, the castle of San Servando was built as a monastery but also served military purposes due to its location.

Sadly the monument is not open to the public but the exterior and grounds provide enough to look at with formidable towers imposing defence walls and an Arabic style entrance gateway. 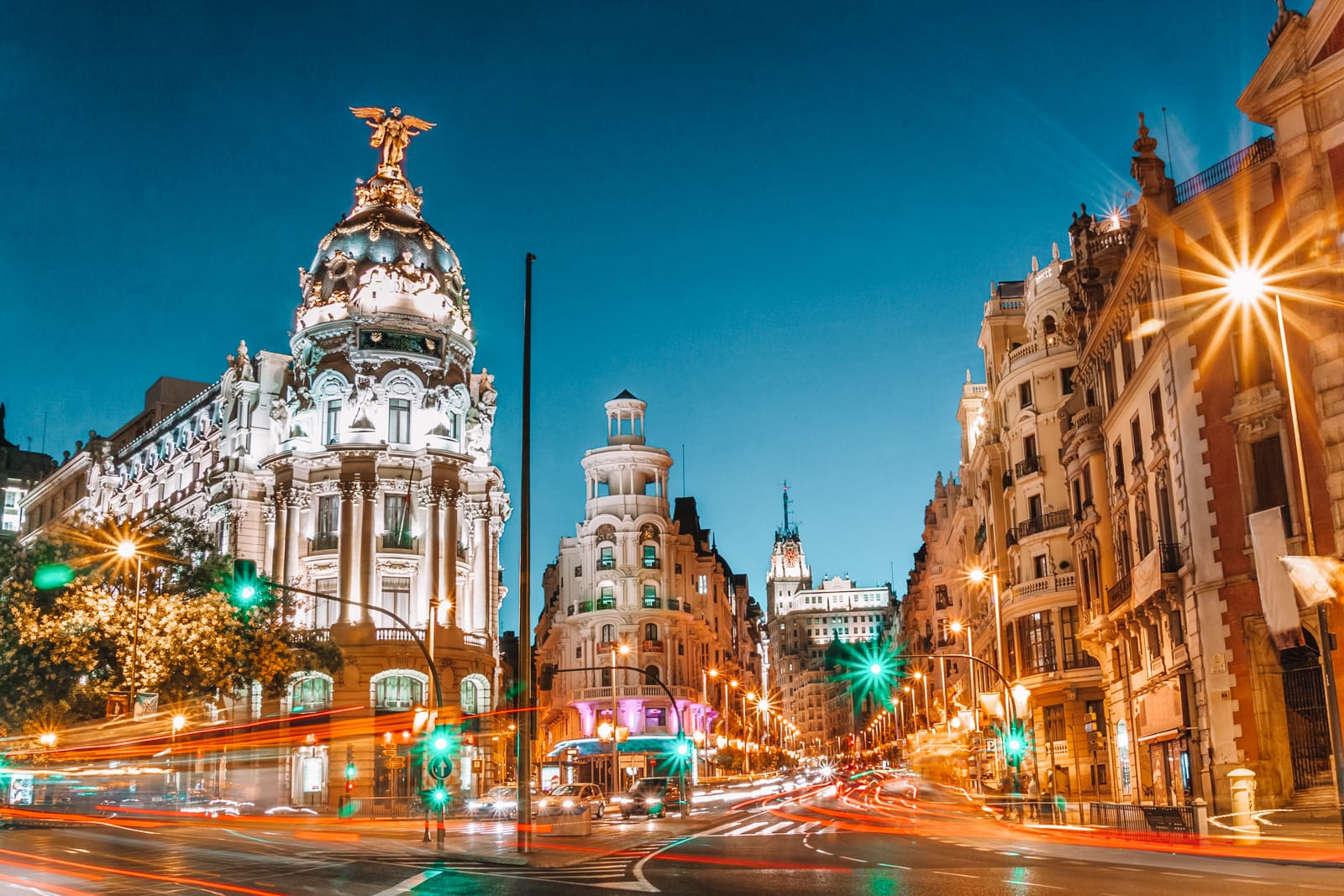 One of the best things to do in Toledo is to take a day trip to Spain’s capital Madrid. You can take a guided tour or alternatively it takes just 30 minutes by train.

Here you will find lots of great art like the Reina Sofia, bustling Plaza’s including Plaza Major and an abundance of great food and culture.

There are lots to do so for a full experience get here early. If you get to the city in the morning be sure to enjoy a traditional Spanish breakfast of bread with tomato pulp and olive oil, it’s the only breakfast I eat when I visit.