Taking you back on a journey through time is the UNESCO World Heritage City Salamanca. It ancient university is one of the most beautiful you’ll set your sights on and the Plaza Mayor is full of life, history and great coffee! As we go through the best things to do in Salamanca, you’ll start to get a sense of why (if it isn’t already), this definitely need to be on your travel plans esta pronto! 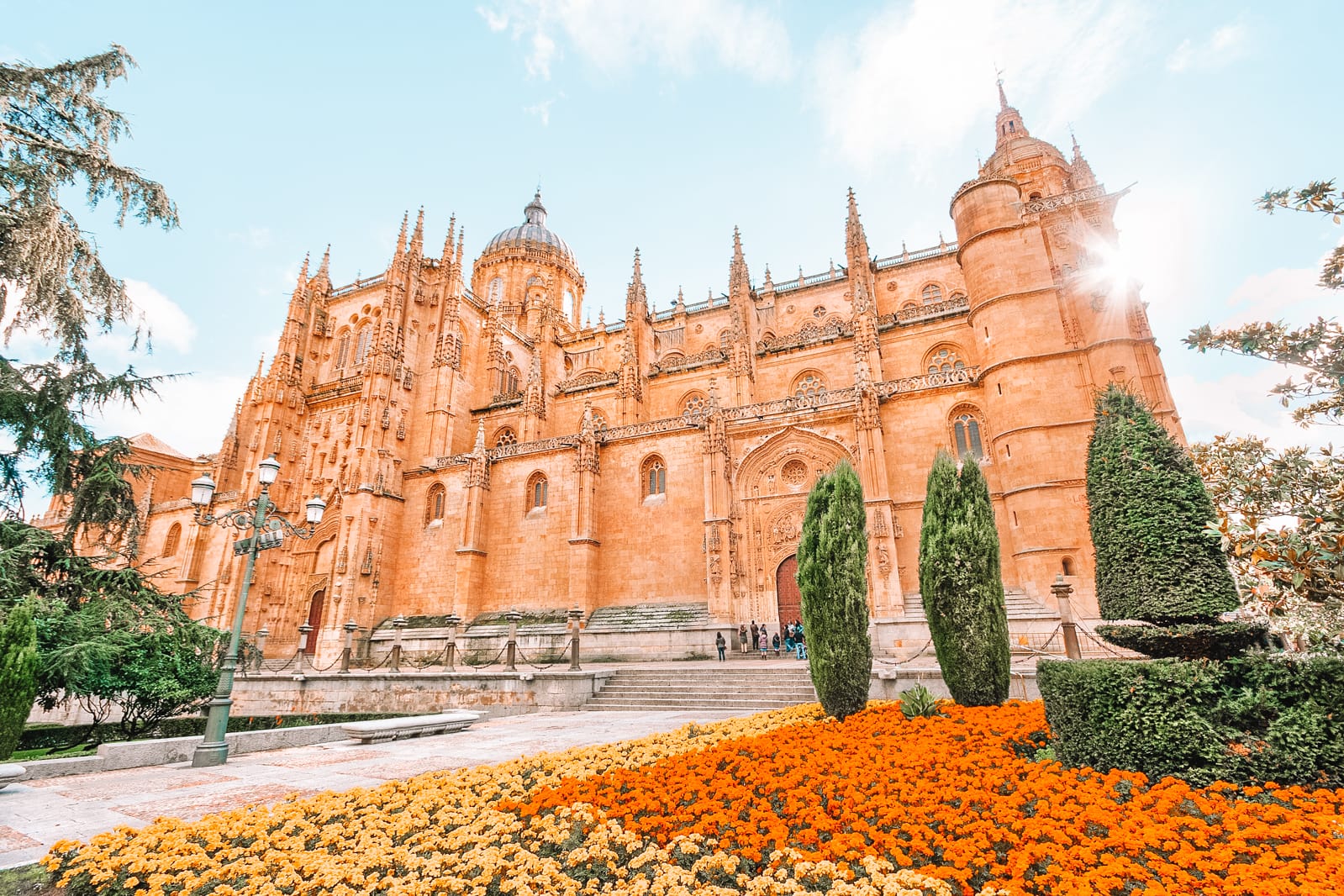 In so many ways, Salamanca will make you feel like you’re visiting an open-air museum with its historical monuments displayed proudly around the city. But enough talk about it, let’s show you! 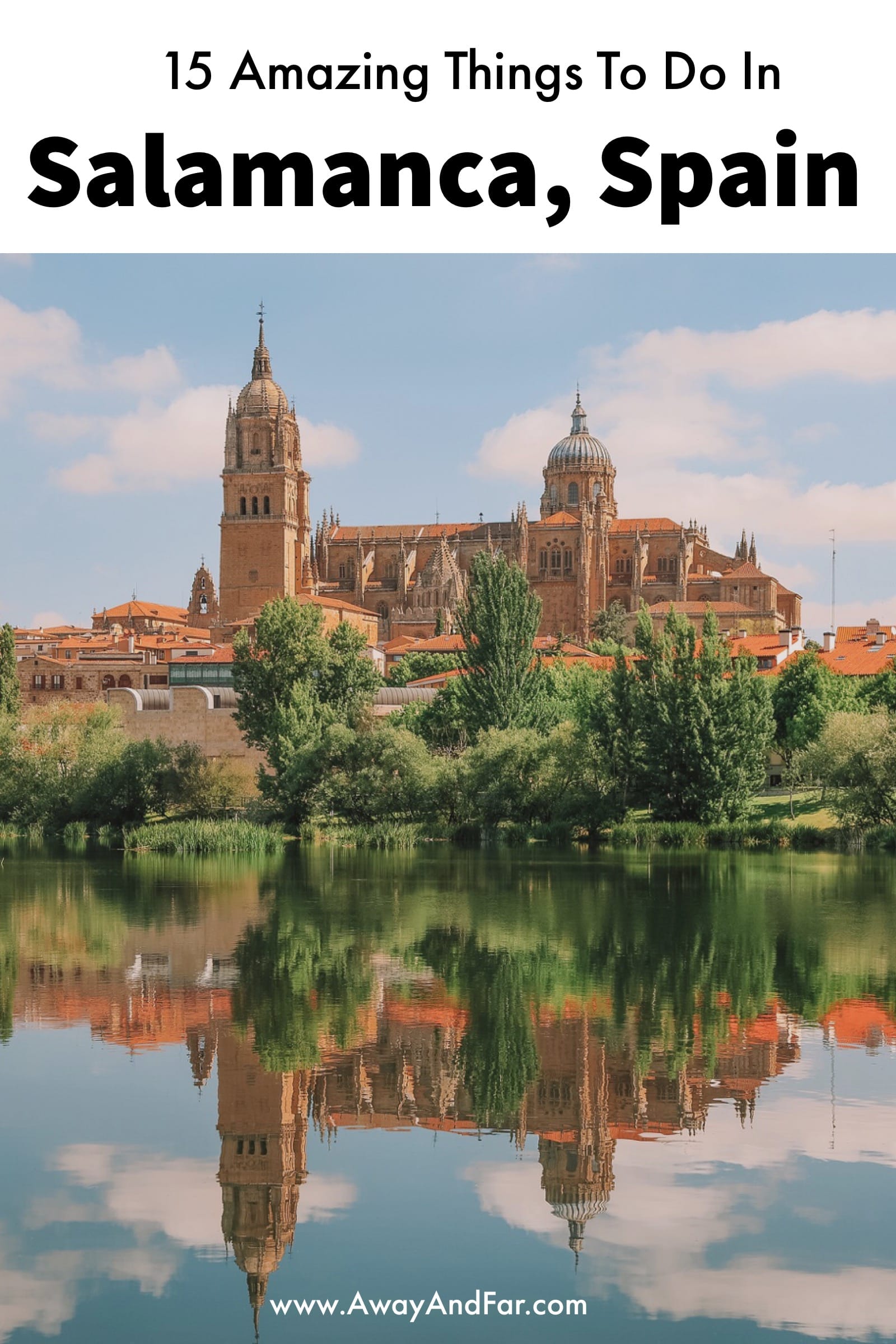 Here are the 15 best things to do in Salamanca

1.) Take in the ambience at The Plaza Mayor 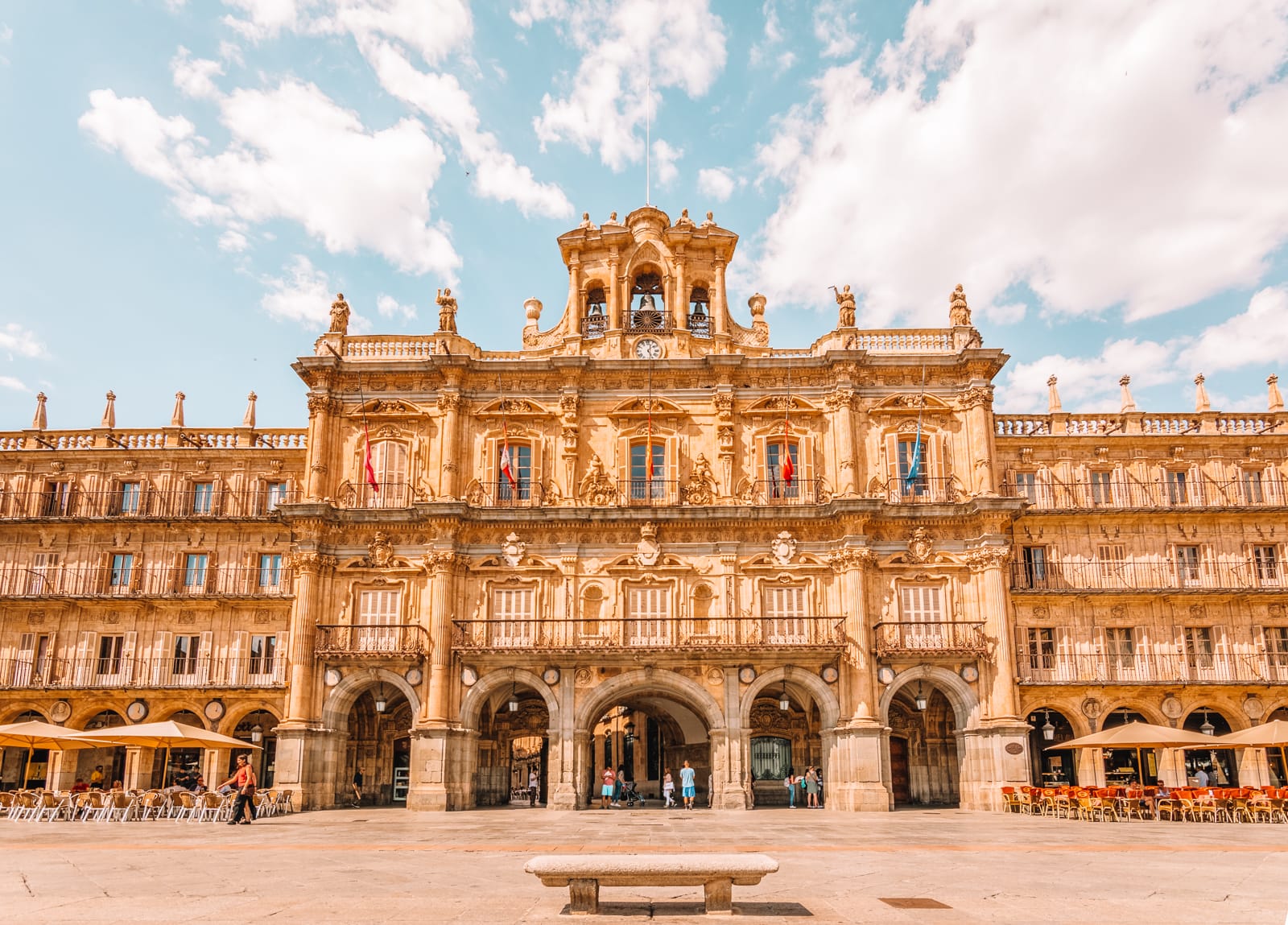 One of the best things to do in Salamanca and a must see for me is the Plaza Major. This square is considered to be one of the finest in Spain and we couldn’t agree more.

Finished in 1755 this square was built and has baroque style architecture running right through it.

In the evening the square is especially magical when musicians provide the entertainment and the many bars and restaurants create a local bustling ambience. 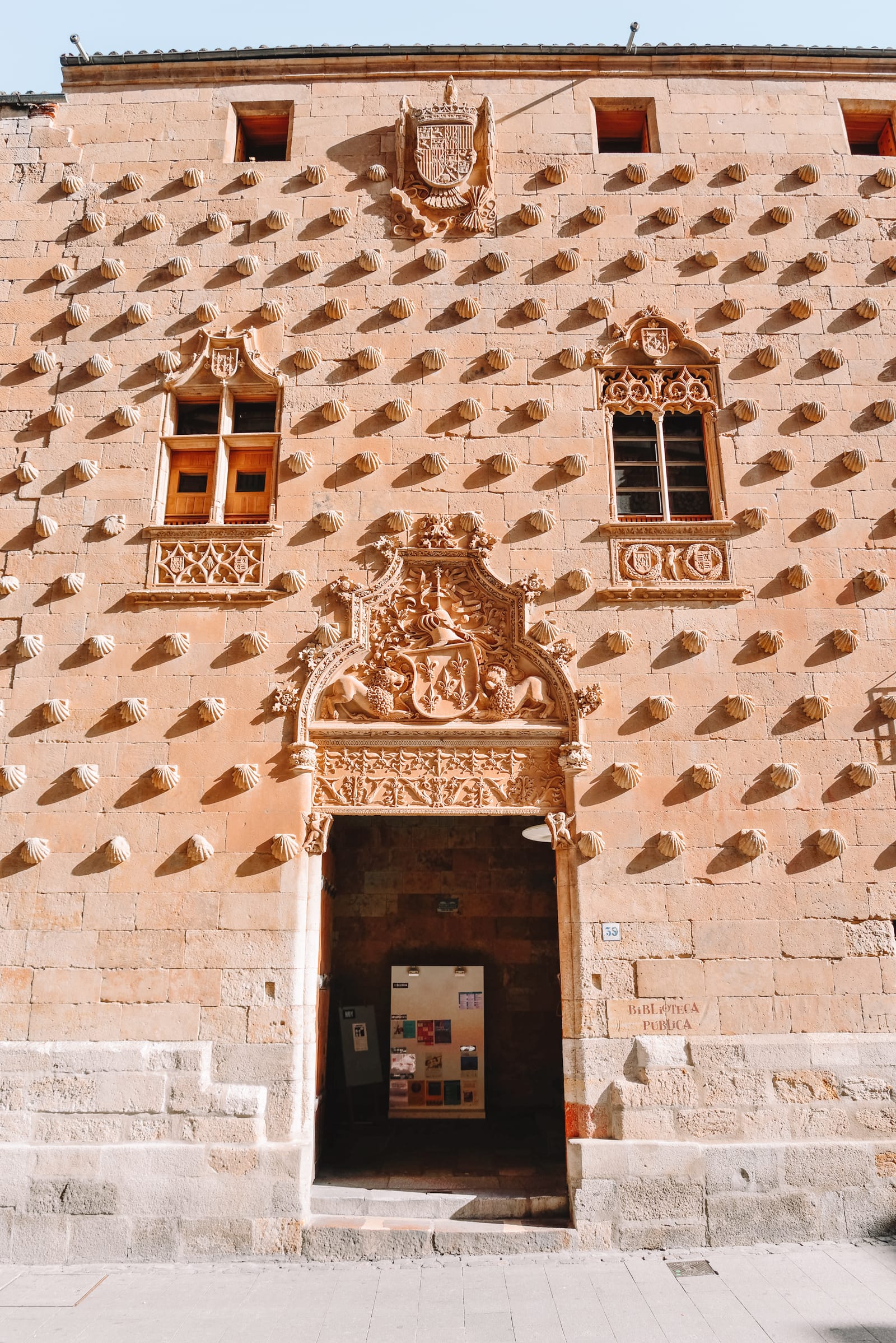 One of the more unusual buildings in Salamanca is the Casa de las Conchas. Decorated with over 300 shells the exterior alone attracts many visitors.

Here you can see a mixture of gothic, baroque and Mudejar elements inside there is also an impressive courtyard, public library and information office.

3.) Be dazzled by the Museum of Art Nouveau and Deco 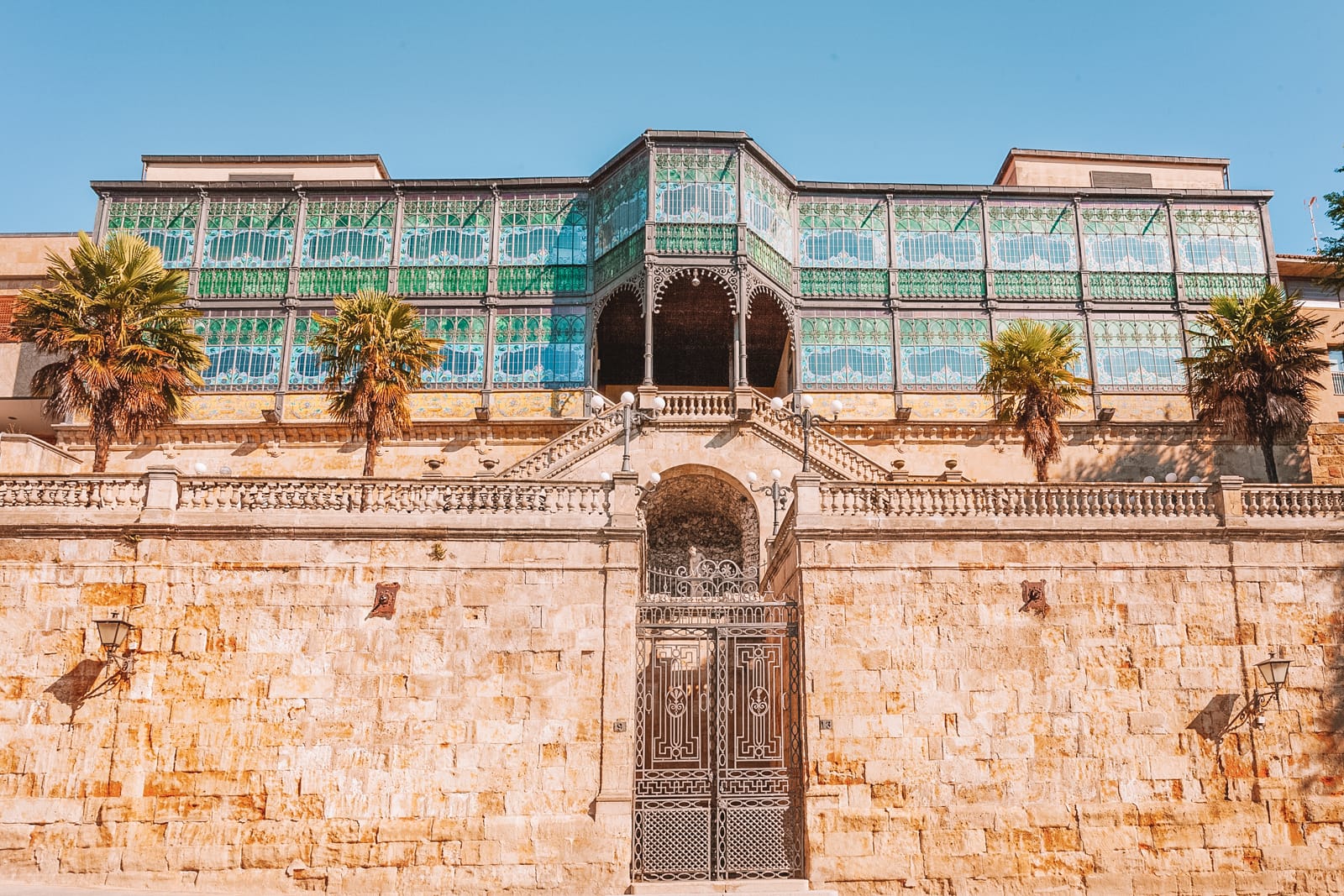 The building in itself – Casa Lis, is a piece of art, with turquoise green and blue stained glass windows and stone brickwork this museum really stands out.

The museum has only been open since 1995 and houses paintings, sculptures, art deco pieces and ceramics.

This is one of the best things to do in Salamanca if you like to see different styles working together. The old cathedral was completed in the 14th century and features Romanesque design and can be accessed via the new cathedral.

The new cathedral was finished in the 18th century and has an impressive gothic design and also features Baroque and Renaissance elements. Climb to the top of the towers for great views over the city. 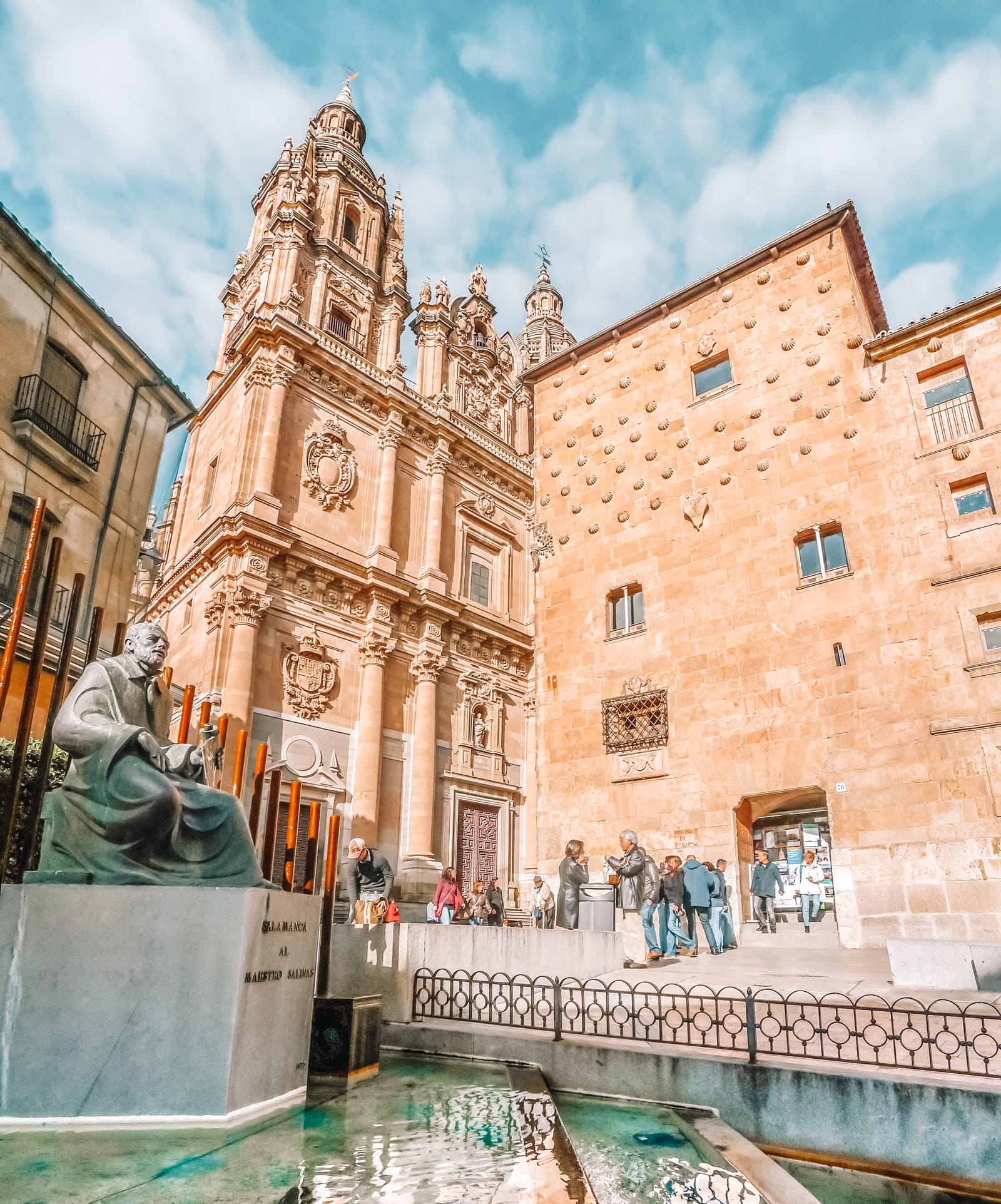 Located in the old town, this baroque style church was constructed in 1617 by the order of the wife of Phillip III of Spain.

It is said that the towers here were built to bring believers closer to heaven.

Here you will find a public section which includes the church itself and school rooms while the private section is where monks used to live. 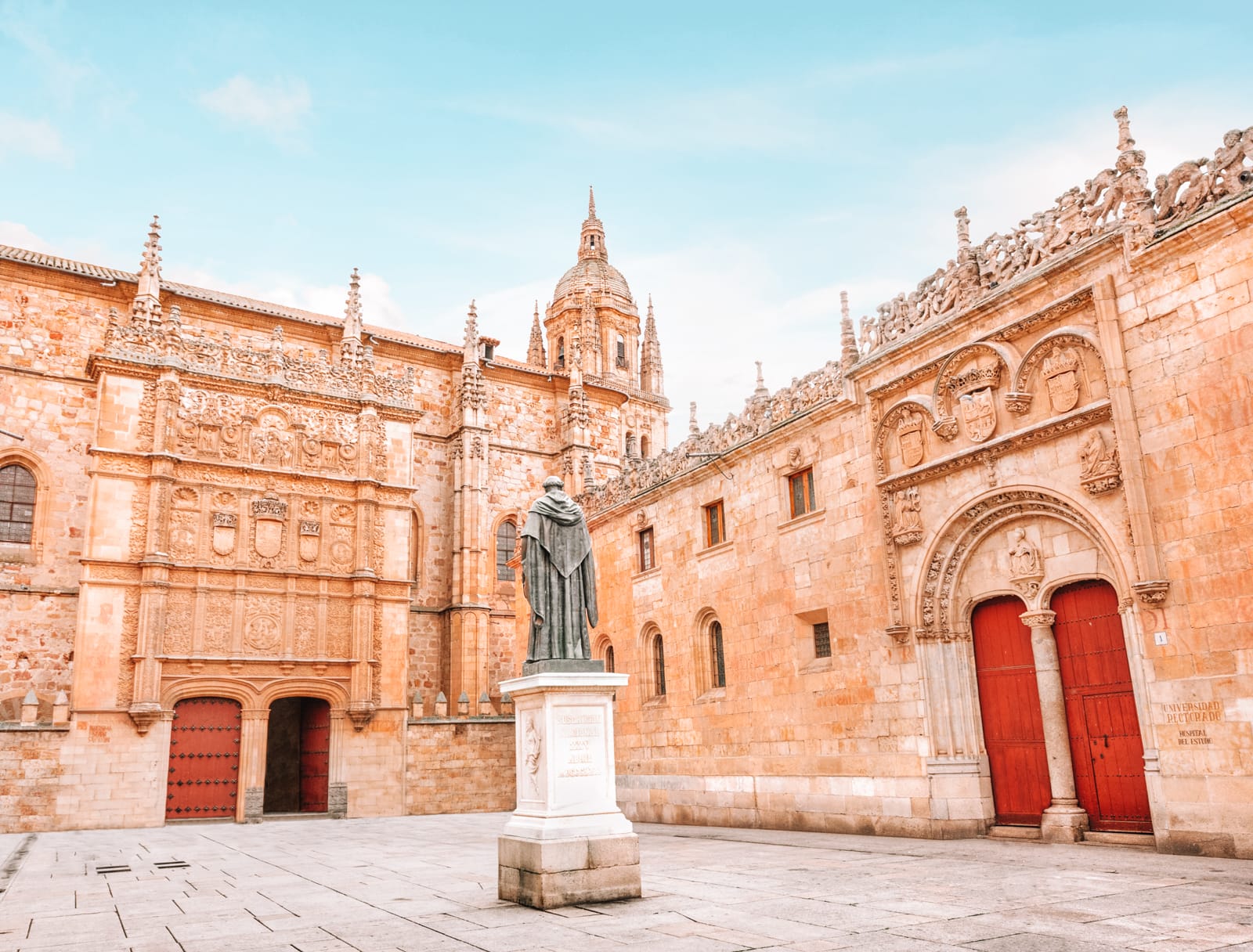 On top of any historians list and one of the best things to do in Salamanca is visit the impressive Salamanca University.

Considered one of the most impressive buildings in the country, take an audio tour to get the best out of the university. 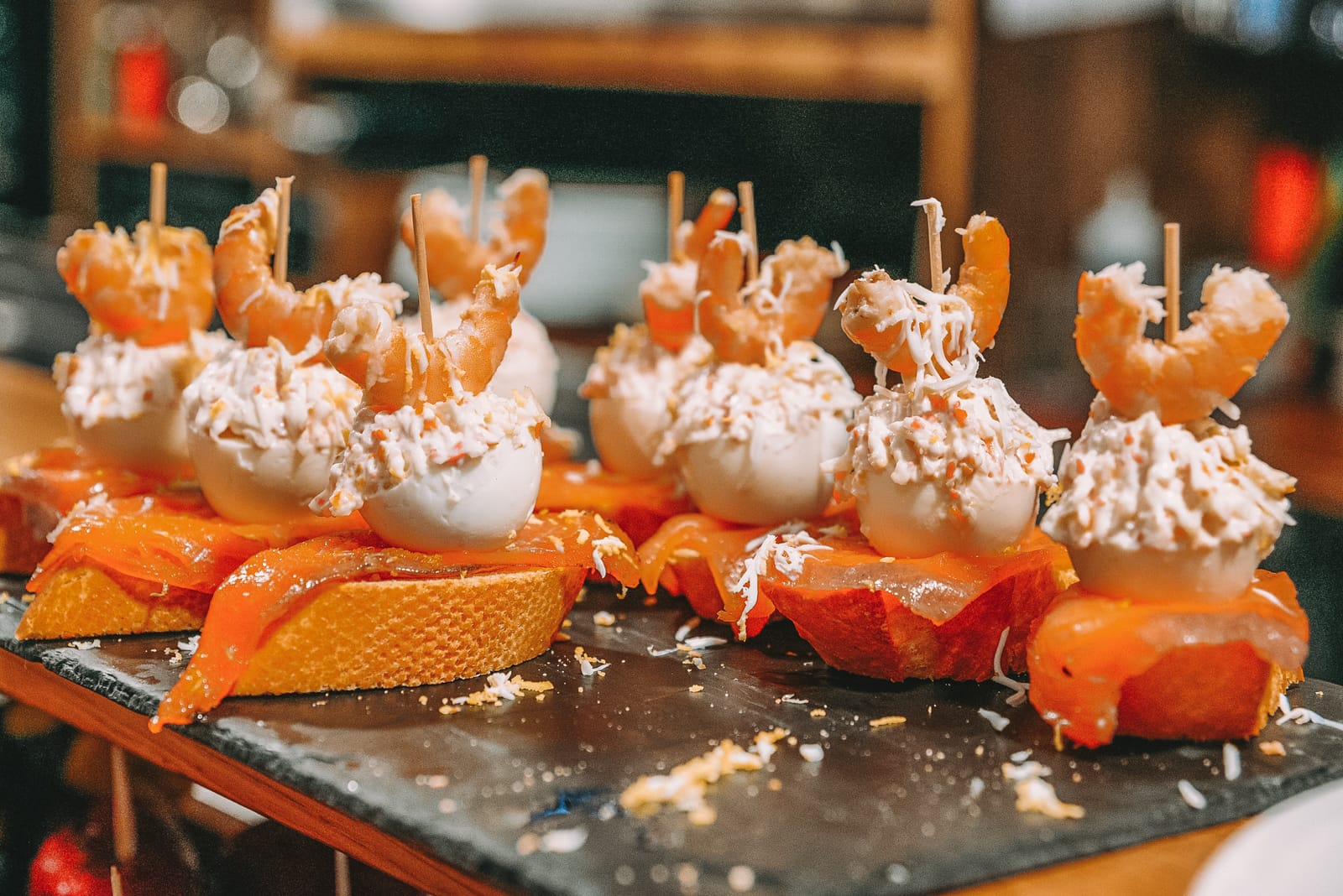 If you have come to Spain you have probably tried the tapas, but have you tried the Pintxos?

The concept is fairly similar in that these are tapas style snacks mainly served in Northern Spain with the main difference that they are served with a toothpick to avoid the food falling off the bread slice bottom.

8.) See the sunset over from Tormes River 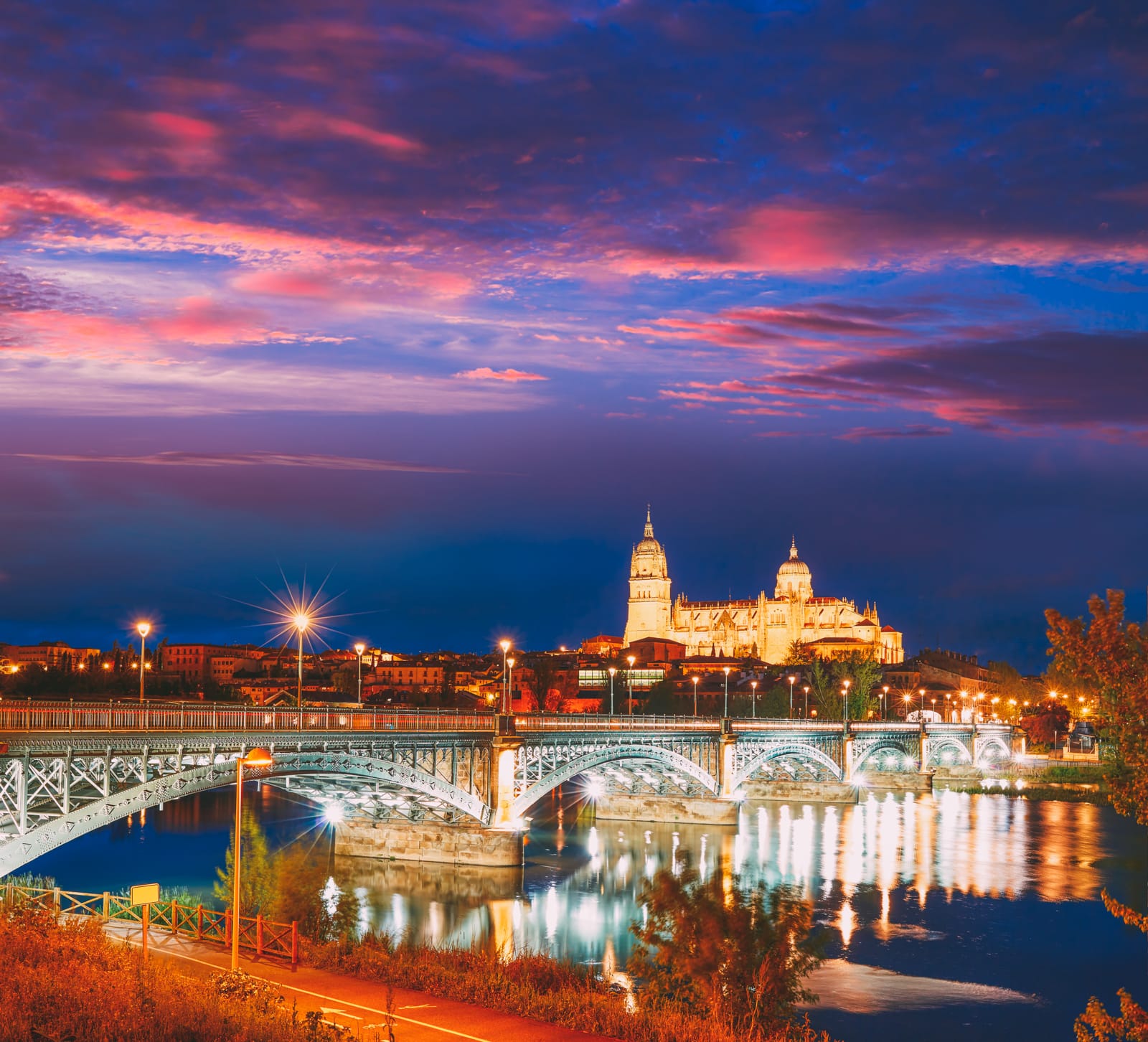 This for me is one of the best ways to see the breath-taking sunset over Salamanca. From here you can then take a leisurely stroll along the riverbank and see the city in glisten in spectacular light. 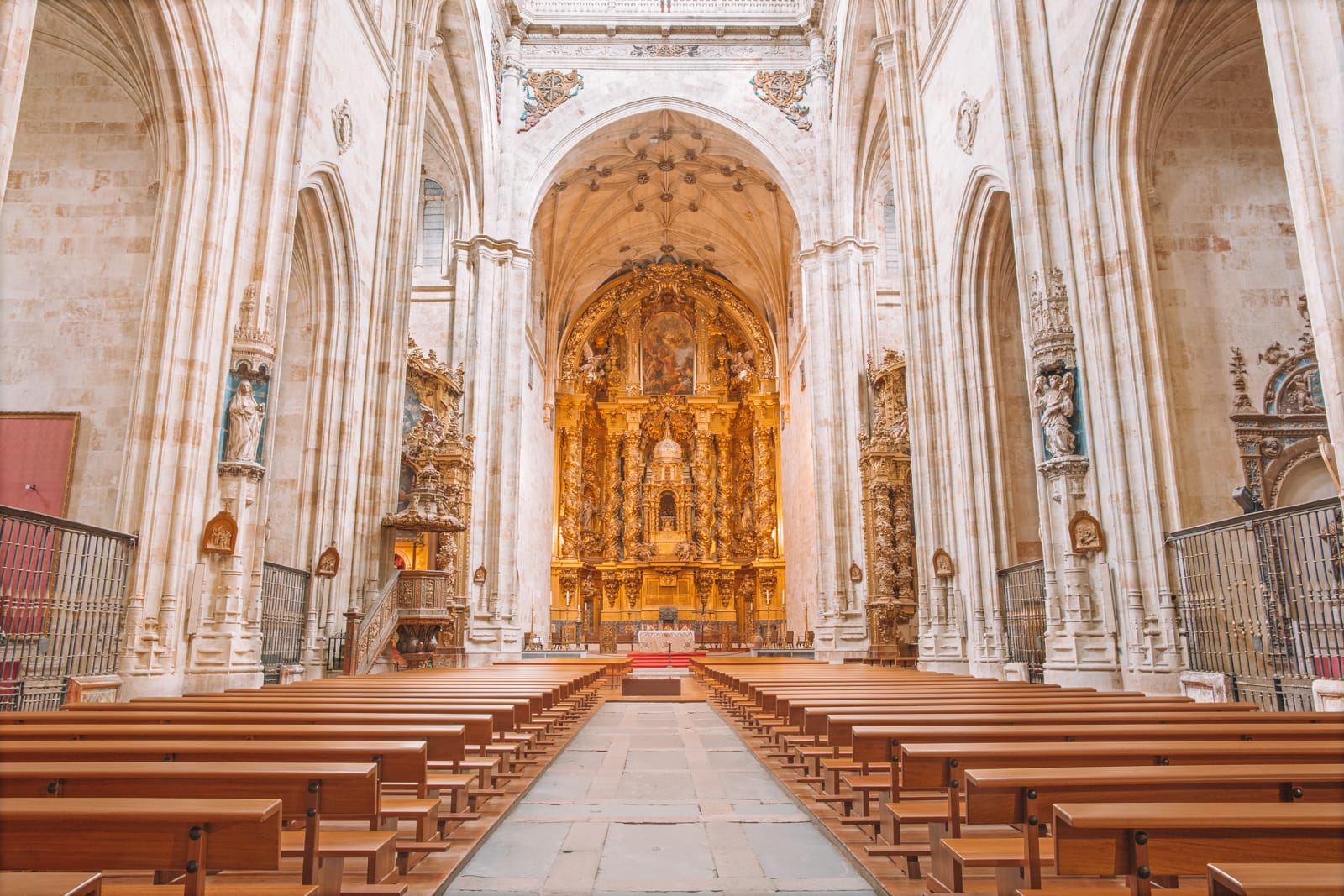 This convent features both baroque and renaissance elements blended together in perfect harmony.

The convent was built by order of the Dominicans in the 16th and 17th century and is impressive both inside and outside, especially the royal cloister which is one of three. 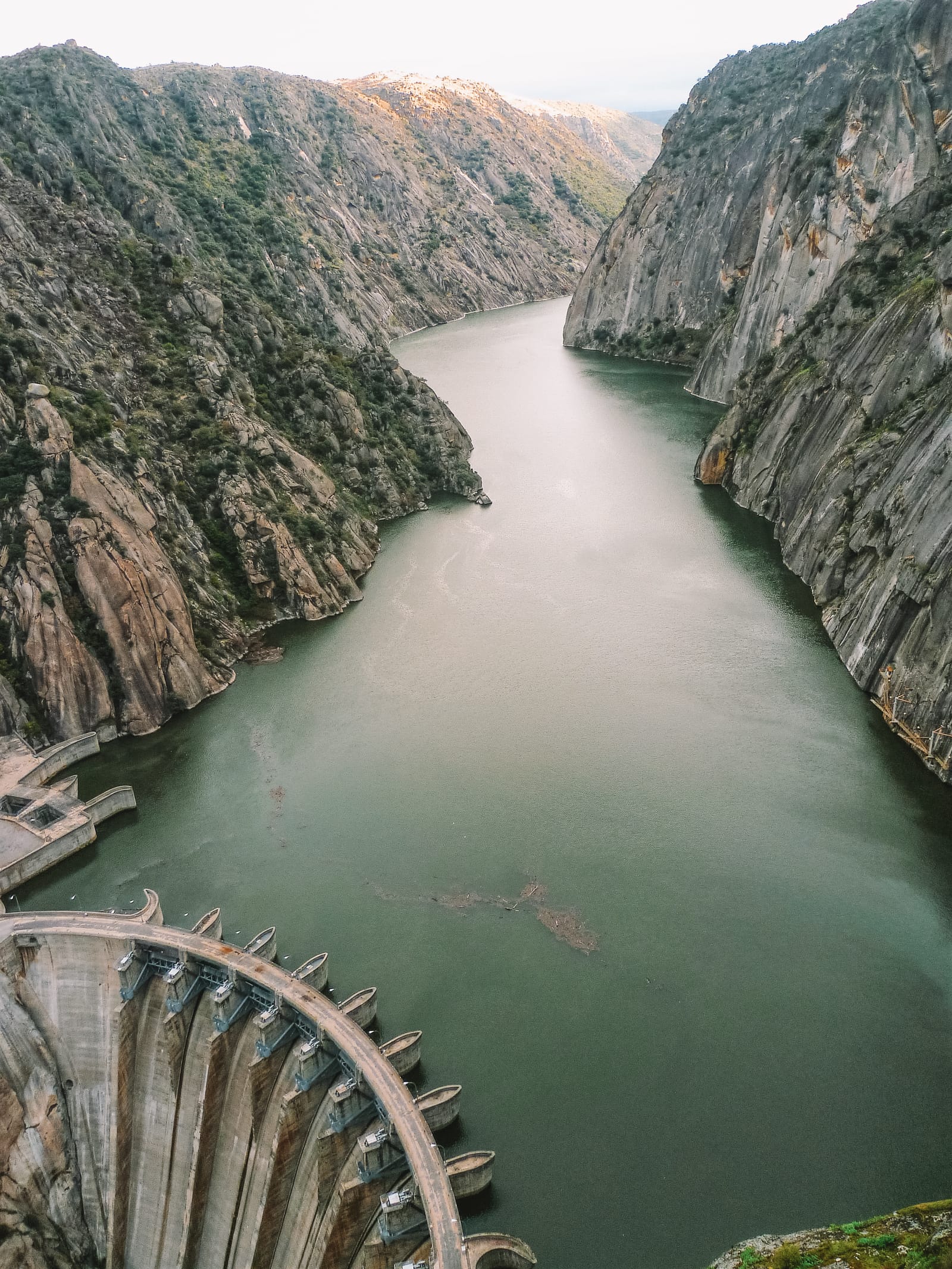 One of the best things to do in Salamanca is actually located just outside of the city.

Spanning 106.5 hectares, this natural park forms a natural border between Spain and Portugal and has one of the largest inland lakes in Europe.

Make sure you visit the south side of the lake which has the beautiful Pozo de los Humos waterfall. 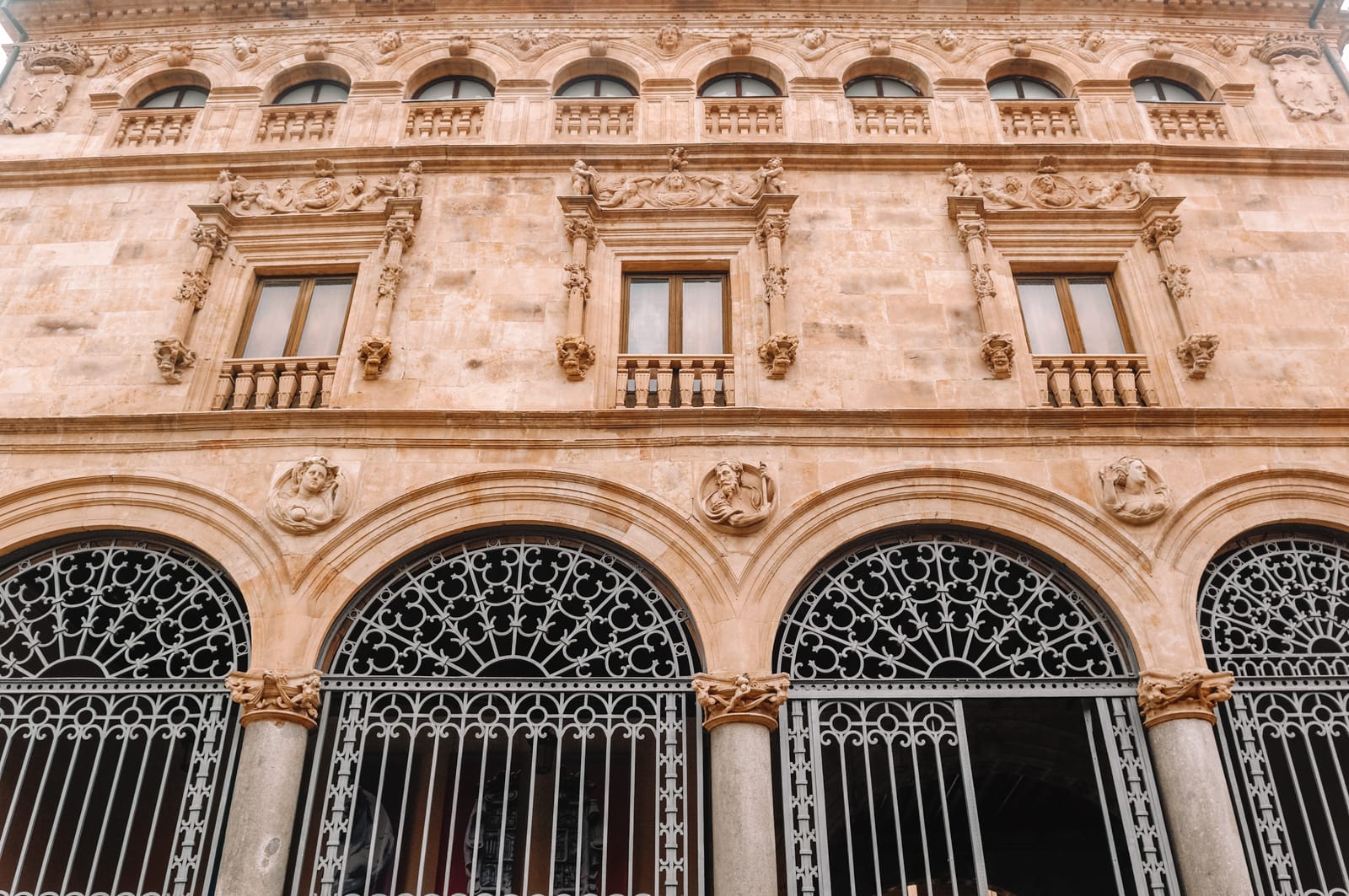 This 16th-century building was built by architect Rodrigo Gil de Hontanon and has an impressive renaissance style.

The courtyard is the real feature here with a gallery and ornate renaissance clock taking centre stage.

Running across the Tormes River is the Roman bridge which dates right back to the 1st century.

This impressive bridge spans almost 360 meters and has 26 arches of which 14 have remained unchanged.

One of the best things to do in Salamanca is to try Jamon Iberico. Although you can get this all over Spain, Salamanca provides some of the best.

This meat is cured for over 2 years and is served thinly sliced and is delicious just on its own. 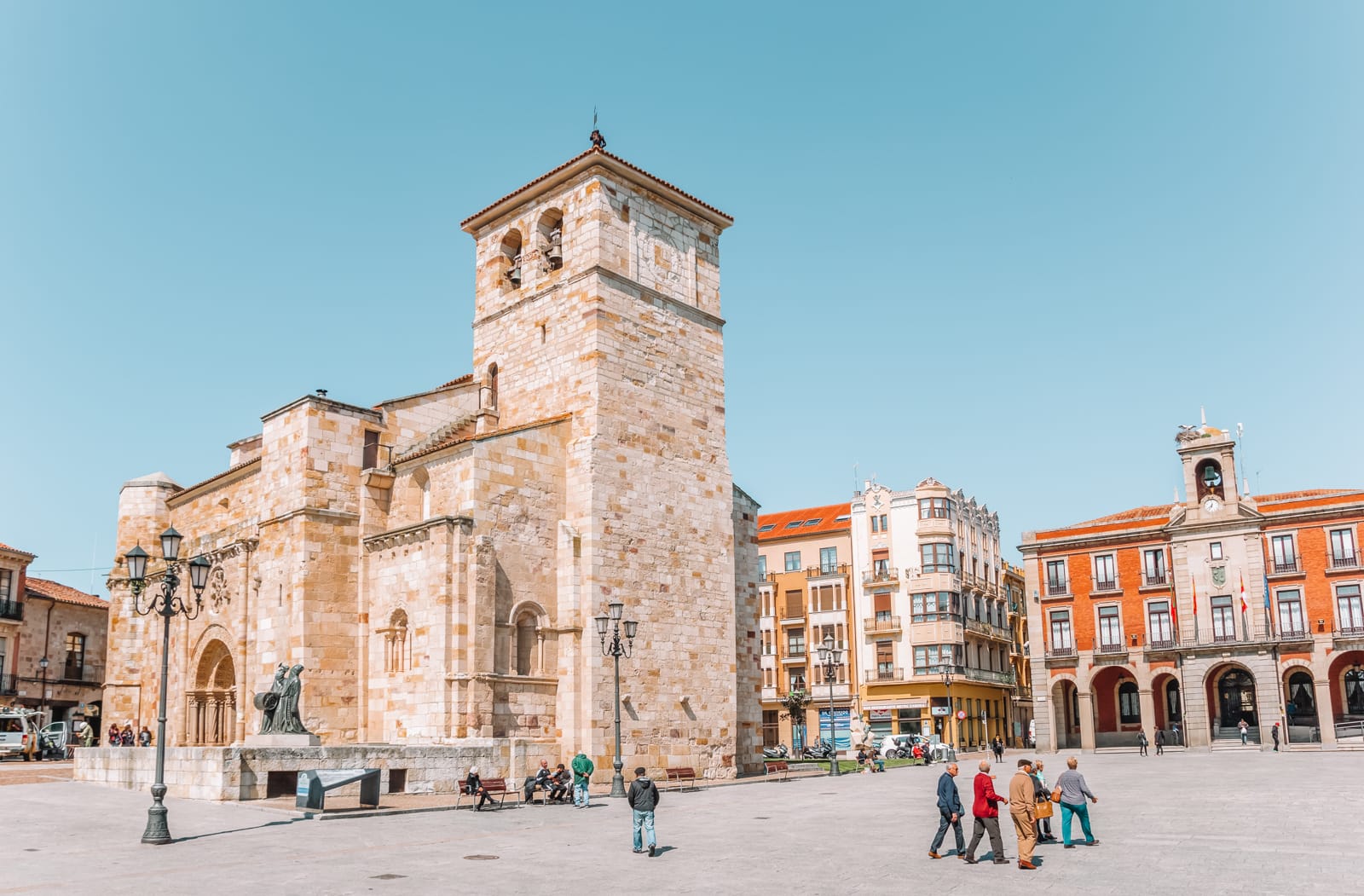 If Salamanca doesn’t provide enough history for you, take a day trip to Zamora located in the northern part of the city.

Here the architecture dates back to the 1100s and 1200s and has over 24 Romanesque churches to discover. There is also a castle which has panoramic views over the city. 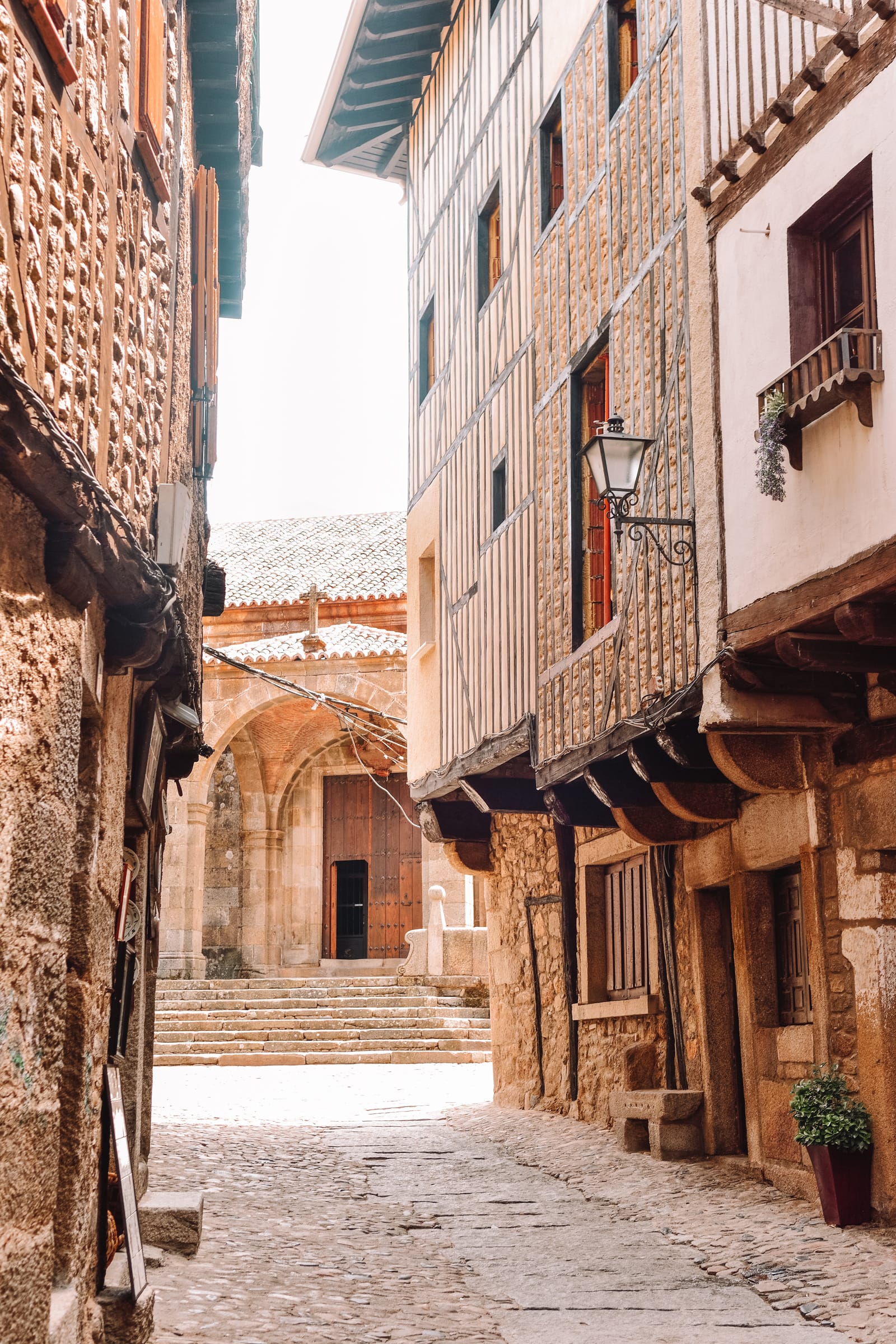 La Alberca is one of the first rural villages in Spain with the houses and streets built many many centuries ago.

The main square is the epicentre of the local’s social life and is great for watching local life.

A notable monument here is the parish church which was erected in the 18th century and features a granite podium from the 16th century.