The town of Agen on the Garonne may not be especially touristy, but that doesn’t mean that there is a shortage of things to entertain you. Some of the best things to do in Agen range from the more laid-back, like walking picturesque old town, to more active sessions on a boat through its famous canals – giving you a chance to kick back and take things slower, perhaps even practise your French a bit. 😀

The town itself is abundant in cafes, restaurants and historical buildings, and there are some fun-filled family attractions nearby. 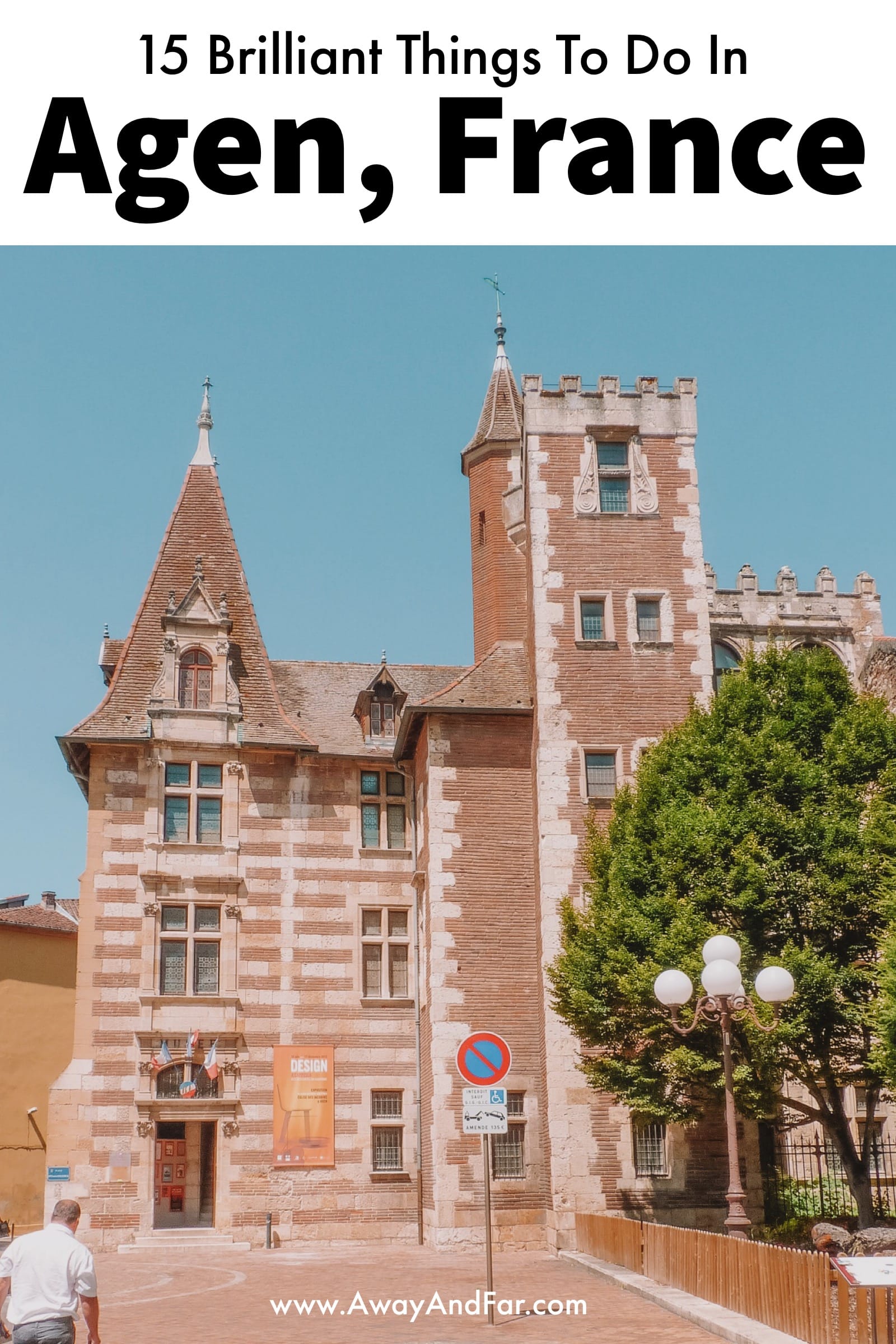 Here are 15 best things to do in Agen, France

1.) Pick up some food at the covered market 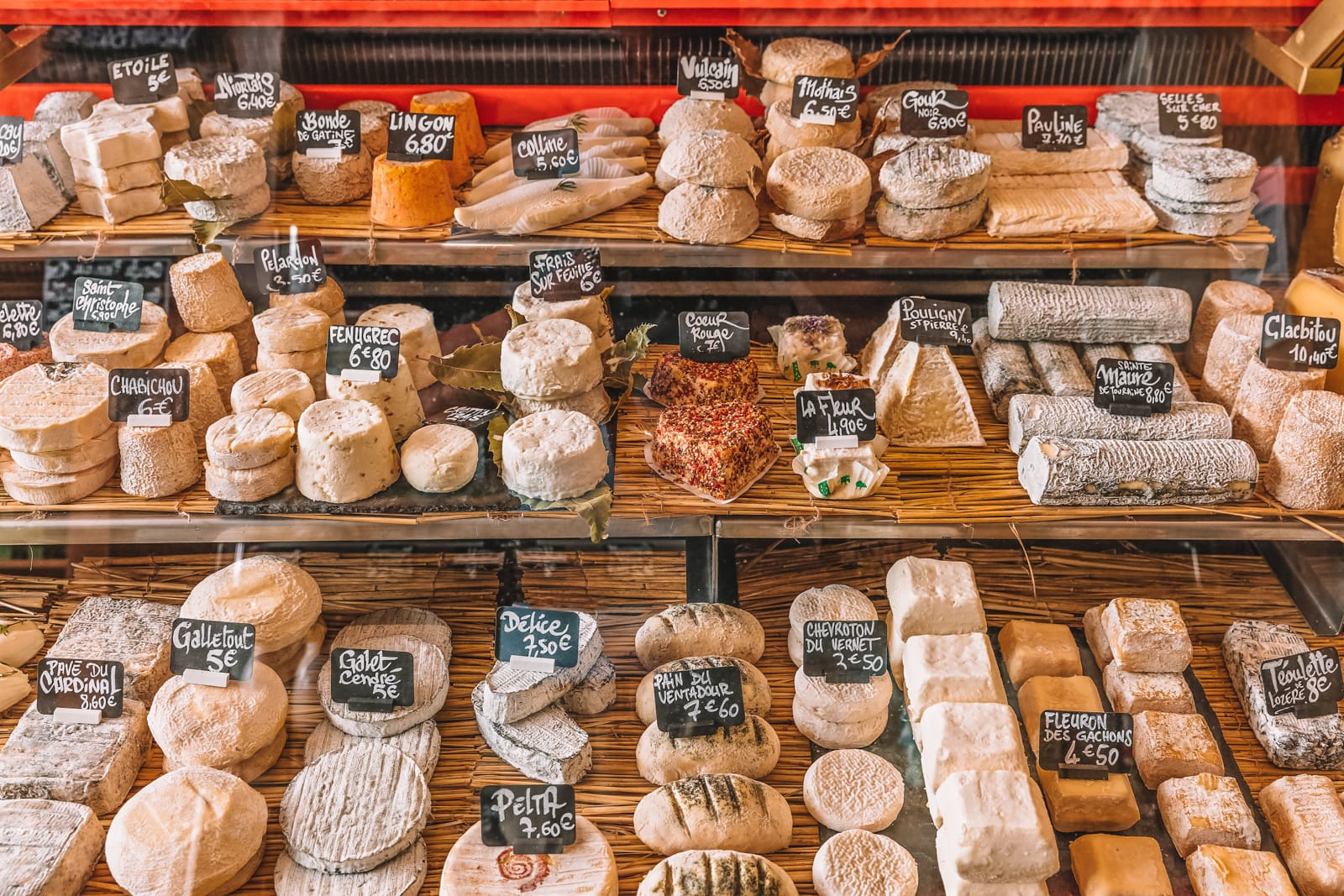 The covered market of Agen is well-known in the area, and as soon as you step foot in the building, you’ll see why.

Surrounded by an explosion of sounds, smells and sights, it is here you will be able to pick up all your local delicacies, produce, drinks and meats.

2.) Feel the thrill at Walibi Aquitaine 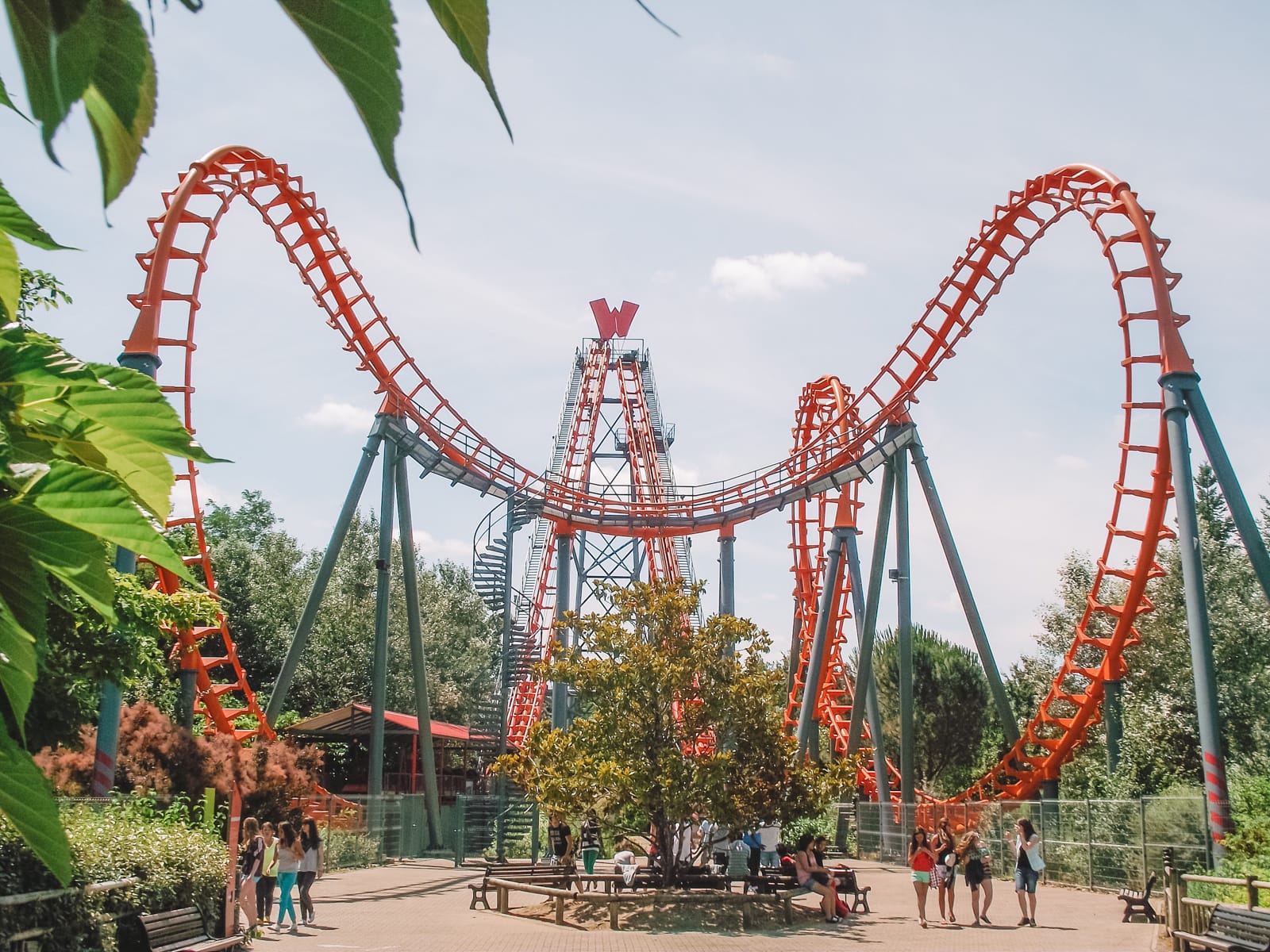 If you are looking for things to do in Agen that are fun for all the family, head to the Walibi Aquitaine, an amusement park that not only is home to a large number of rides, but also a real 18th century castle.

There are rides for both big and small adventurers, as well as a few water rides that can help to cool you down on a sunny day.

In the summer months, simply hop aboard the shuttle from the train station in town. 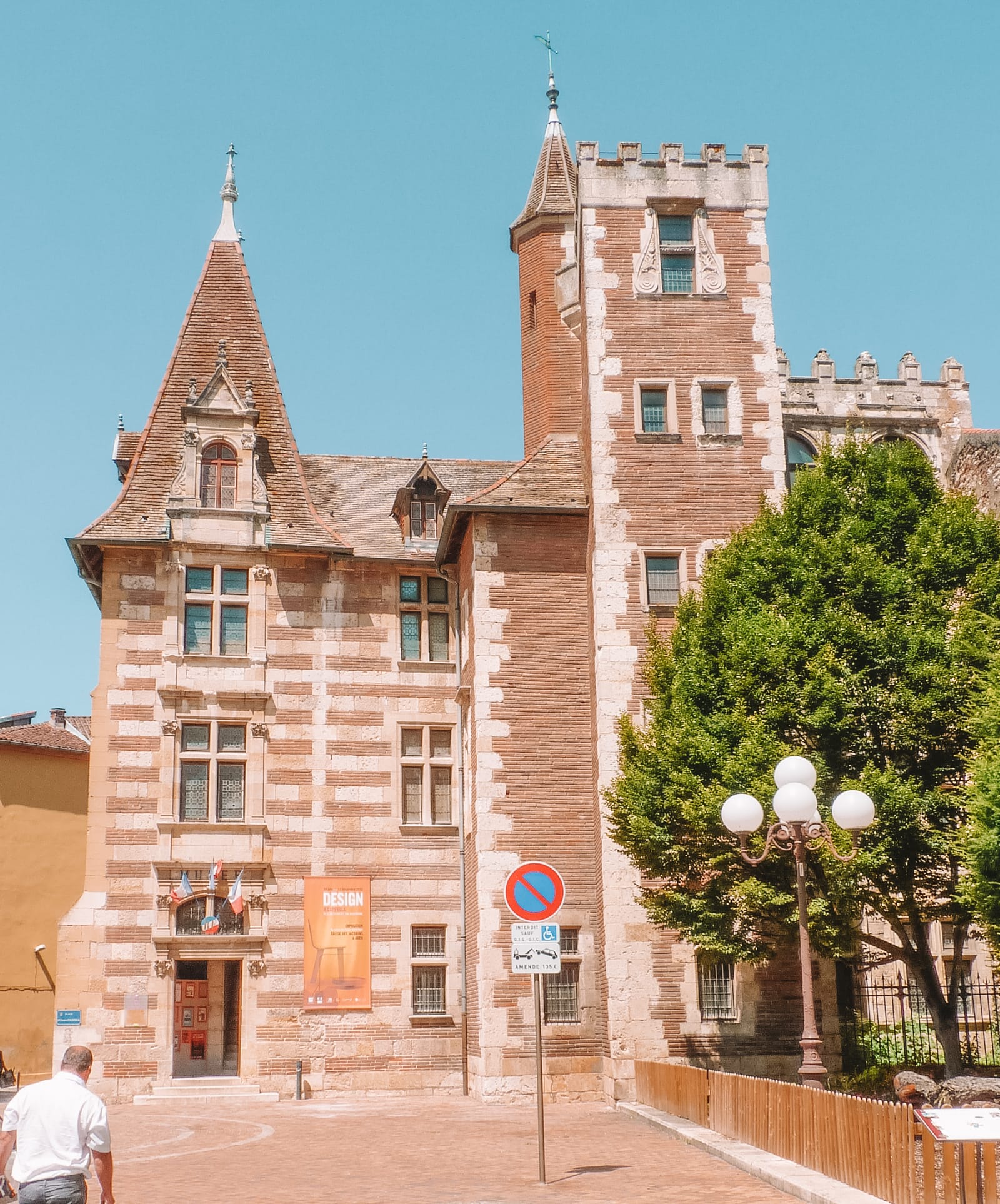 Agen is home to the fine arts museum of Beaux-Arts, where you’ll find a huge range of displays and exhibits.

In addition to the art and artefacts, the four historic mansions in which these treasures are held are an attraction of their own, adorned with huge fireplaces, perfectly manicured courtyards and dizzying spiral stairways. 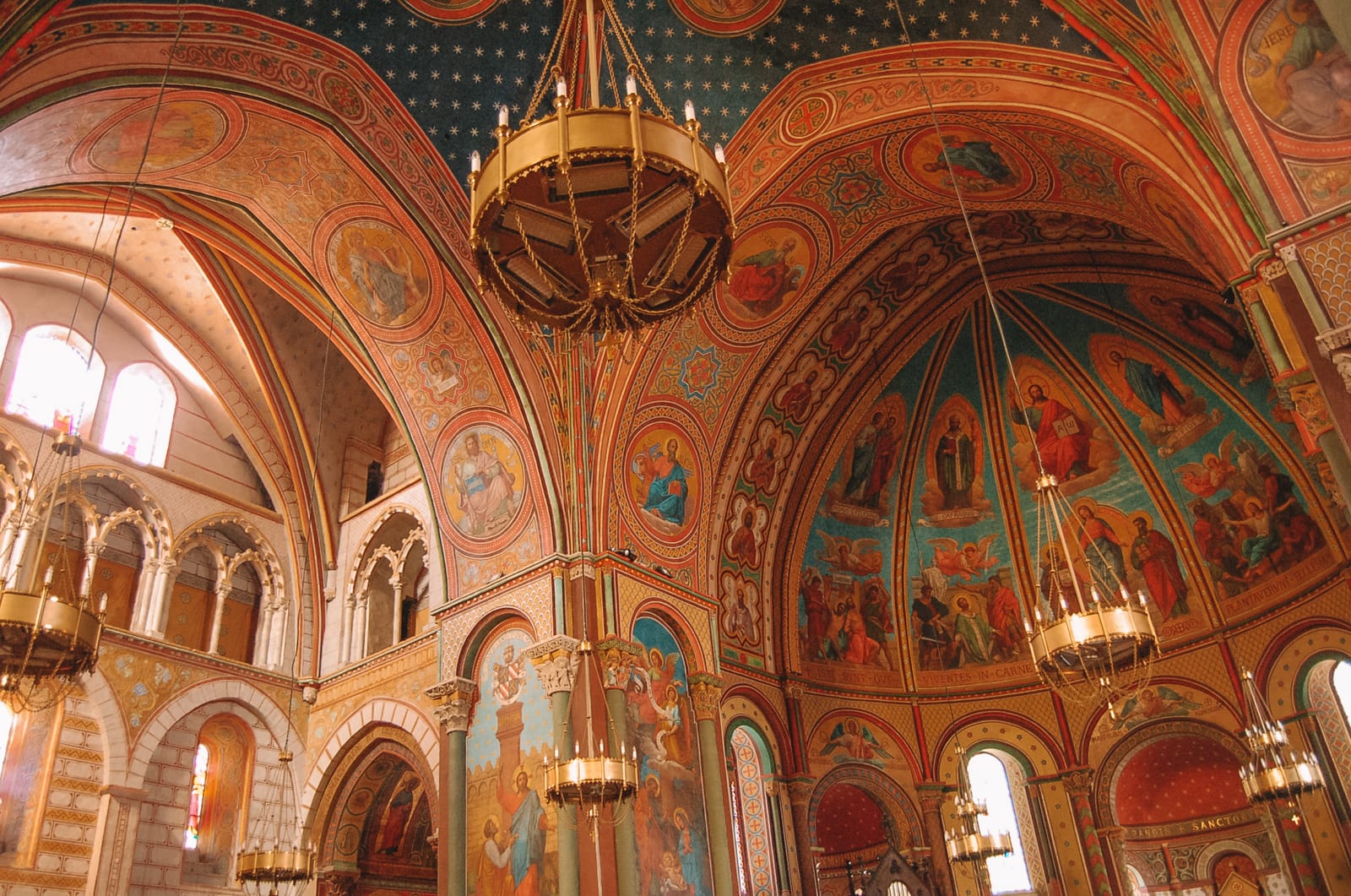 In 1998 the cathedral of Agen was justly declared a UNESCO World Heritage Site, largely due to its location on the ancient Way of St James (it’s actually one of four pilgrims’ ways towards Santiago de Compostela).

The cathedral is well worth a visit if you are looking for things to do in Agen, with its stunning interior just as impressive as the stonework that forms its outside.

5.) Delve into history at Villascopia 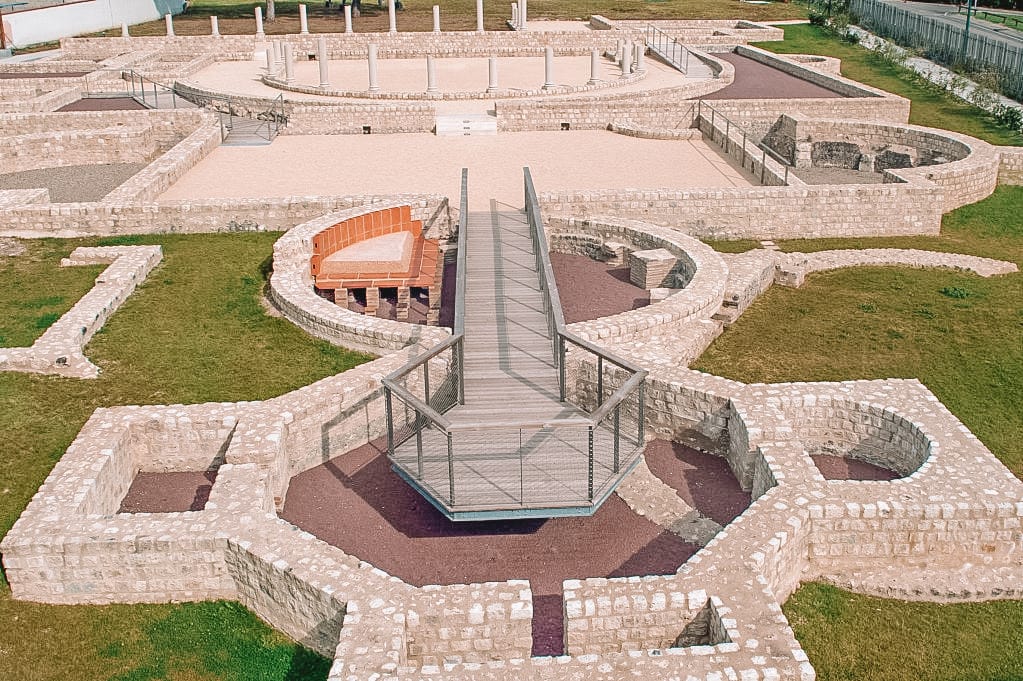 For history lovers and technology enthusiasts alike, Villascopia is an attraction with a difference.

This archaeological site focuses on the vestiges of a 4th century Gallo Roman house, but as you follow its story through history, you’ll be accompanied by 3D tricks, impressive projections and sounds and smells that will make you truly believe that you have stepped back in time.

Go on a tour through the bathing room, through the tepidarium and caldarium and browse the collection of objects dug up at the site.

6.) Fun at the Happy Forest 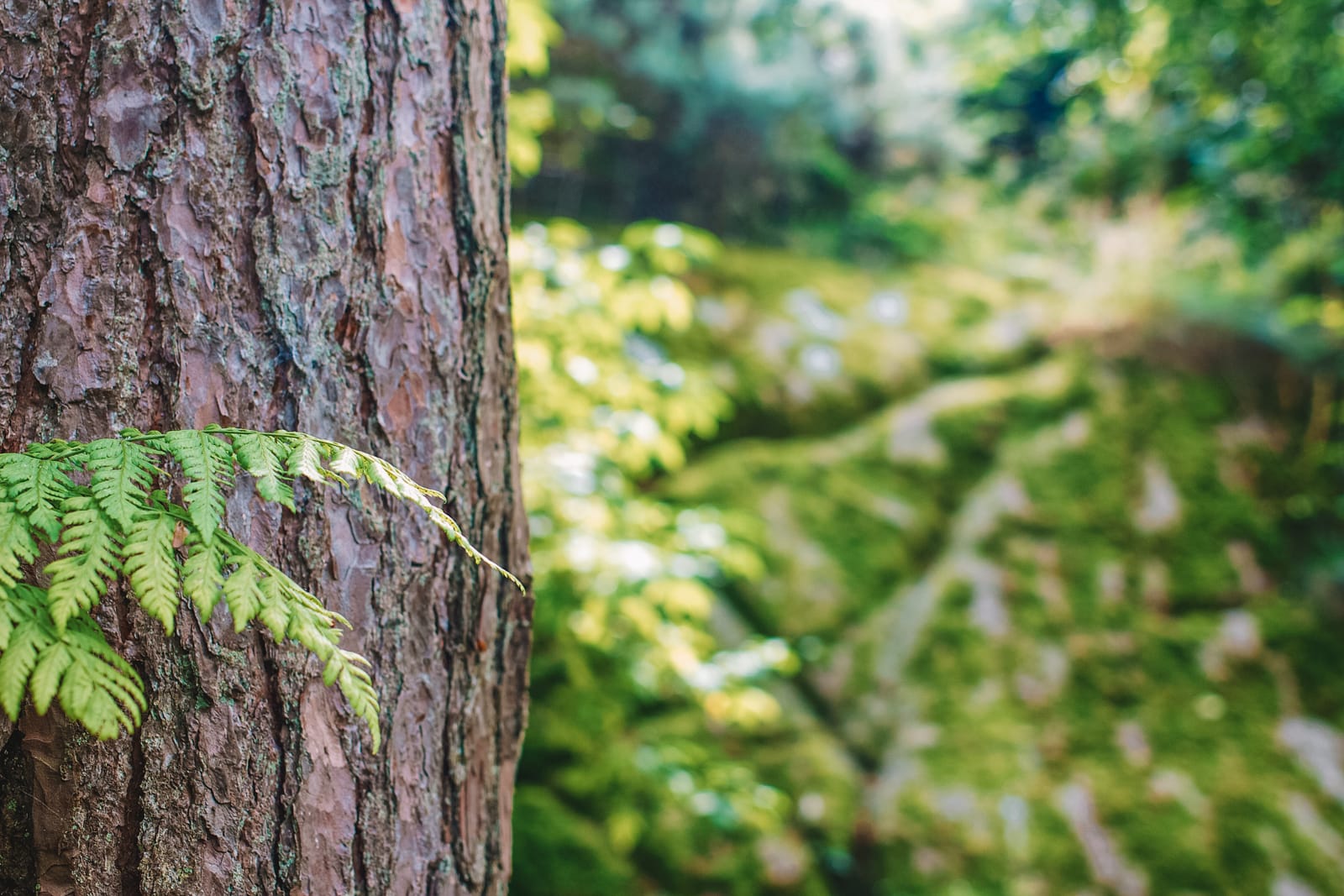 If you are looking for things to do in Agen that are a little more active, just a short 5-minute drive from town you’ll find the Happy Forest, which is home to a huge range of family-friendly attractions.

Try your hand at laser tag, have a go at zorbing and meet some furry friends at the petting zoo.

The biggest attraction here though is the treetop adventure of Accobranche, where people of all abilities can take to the trees and scramble through a series of obstacles, before tackling the 300-metre zip-line at the end. 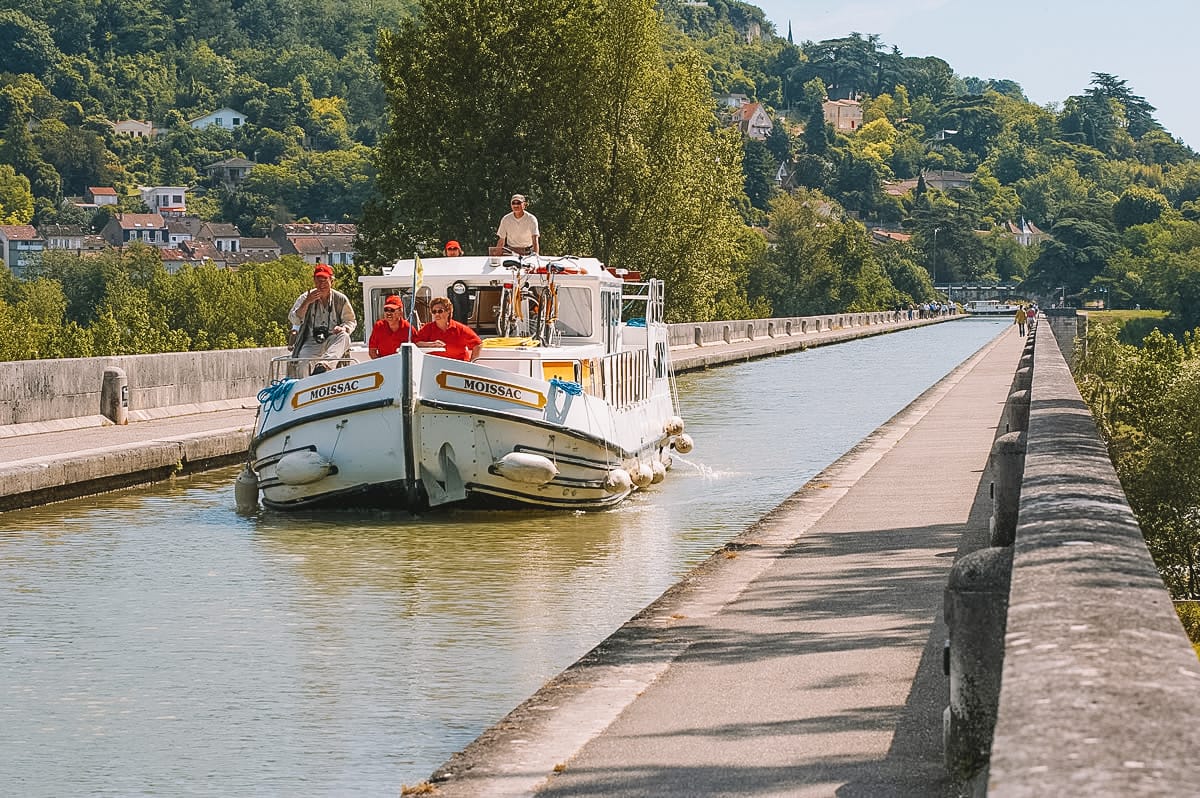 With such a large expanse of water running through the city, it would be a shame not to see the sights from the water.

Agen is one of the main starting points for tours up and down the canal, and you should be able to visit some of the nearby towns with ease.

8.) Cycle along the canal 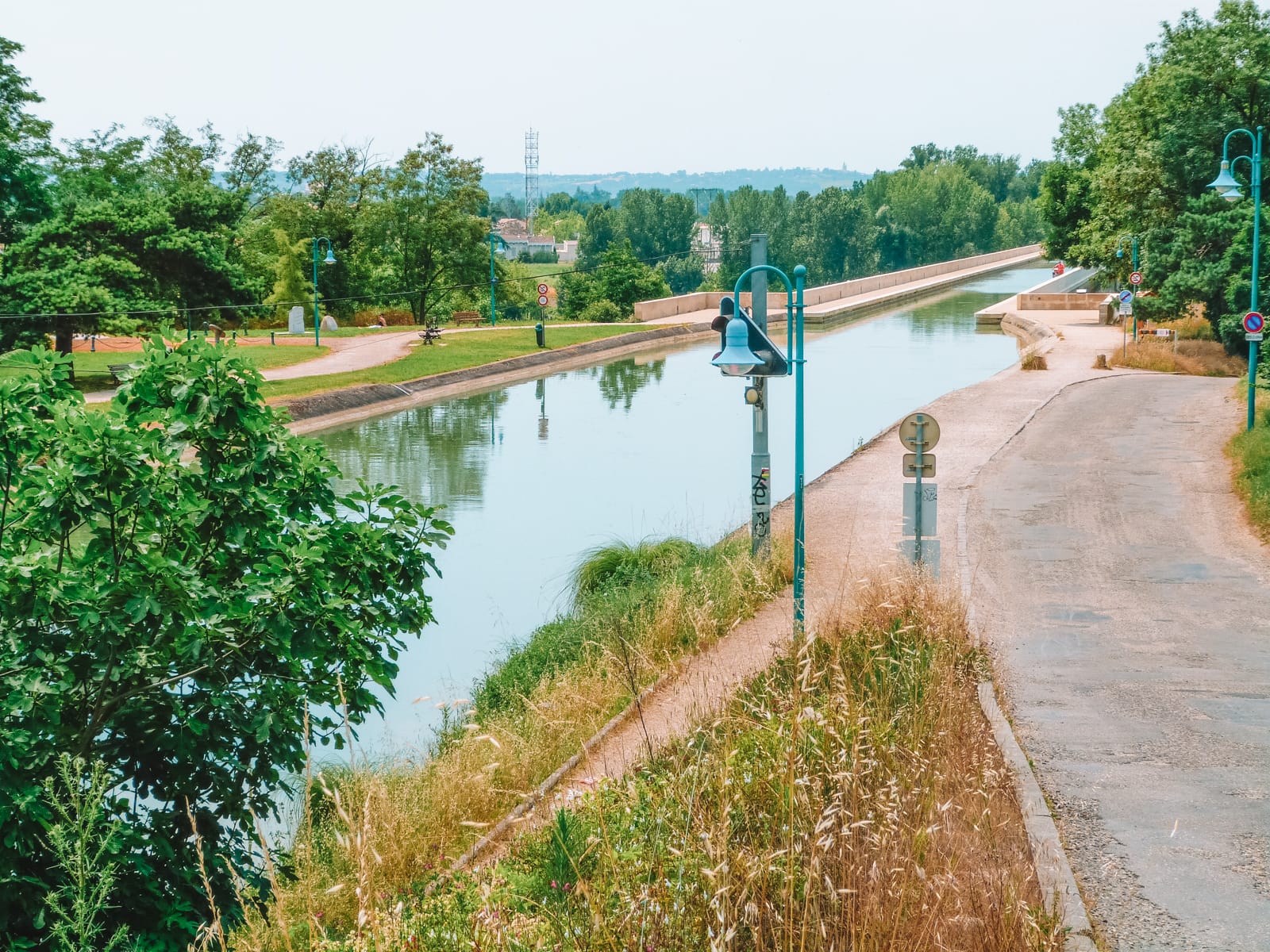 The Garonne Lateral Canal runs through the town, and if you don’t fancy taking to the water, then hire a bike and choose one of the many routes that will take you along the towpath and beyond.

An ideal solution that will not only allow you to see the stunning Garonne countryside but will also help to beat the traffic. 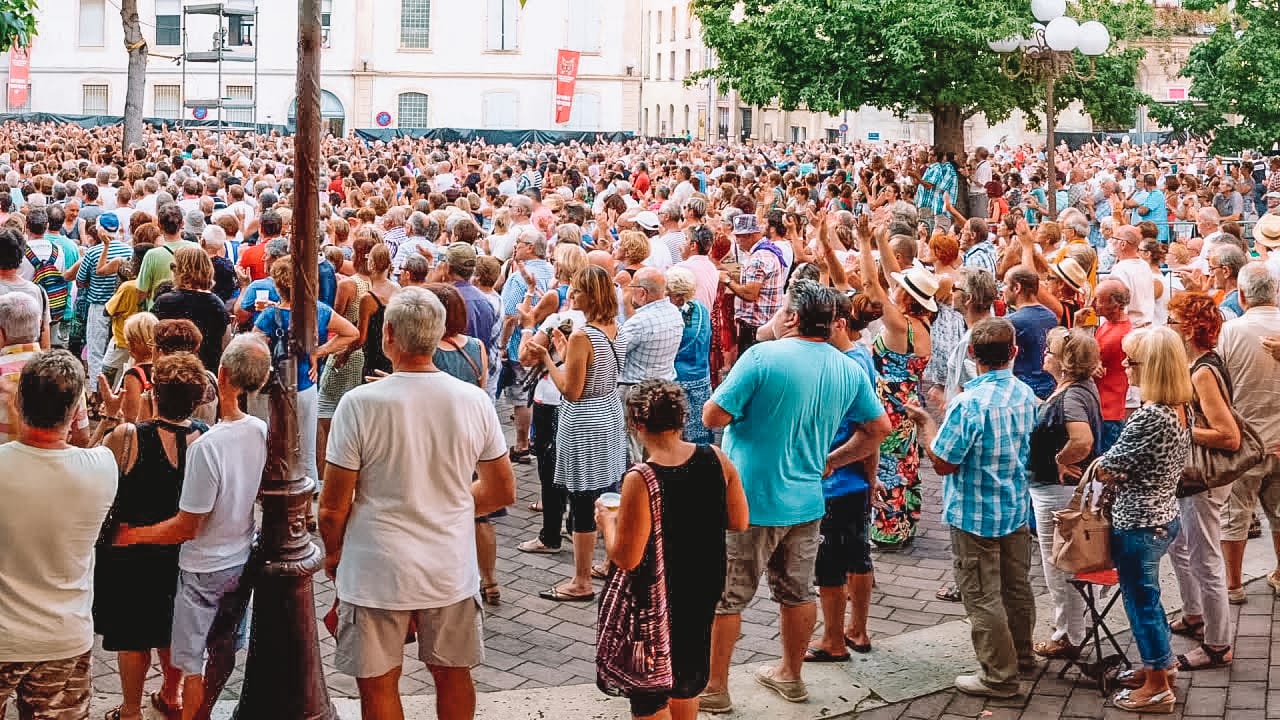 Some of the things to do in Agen may not be exactly as you would expect. For three days at the end of April, the town of Agen gets taken over by prunes!

The Grand Pune Show is a free culture and gastronomy festival that runs for 3 days, all of which celebrate the prune, the emblematic fruit of Agen. 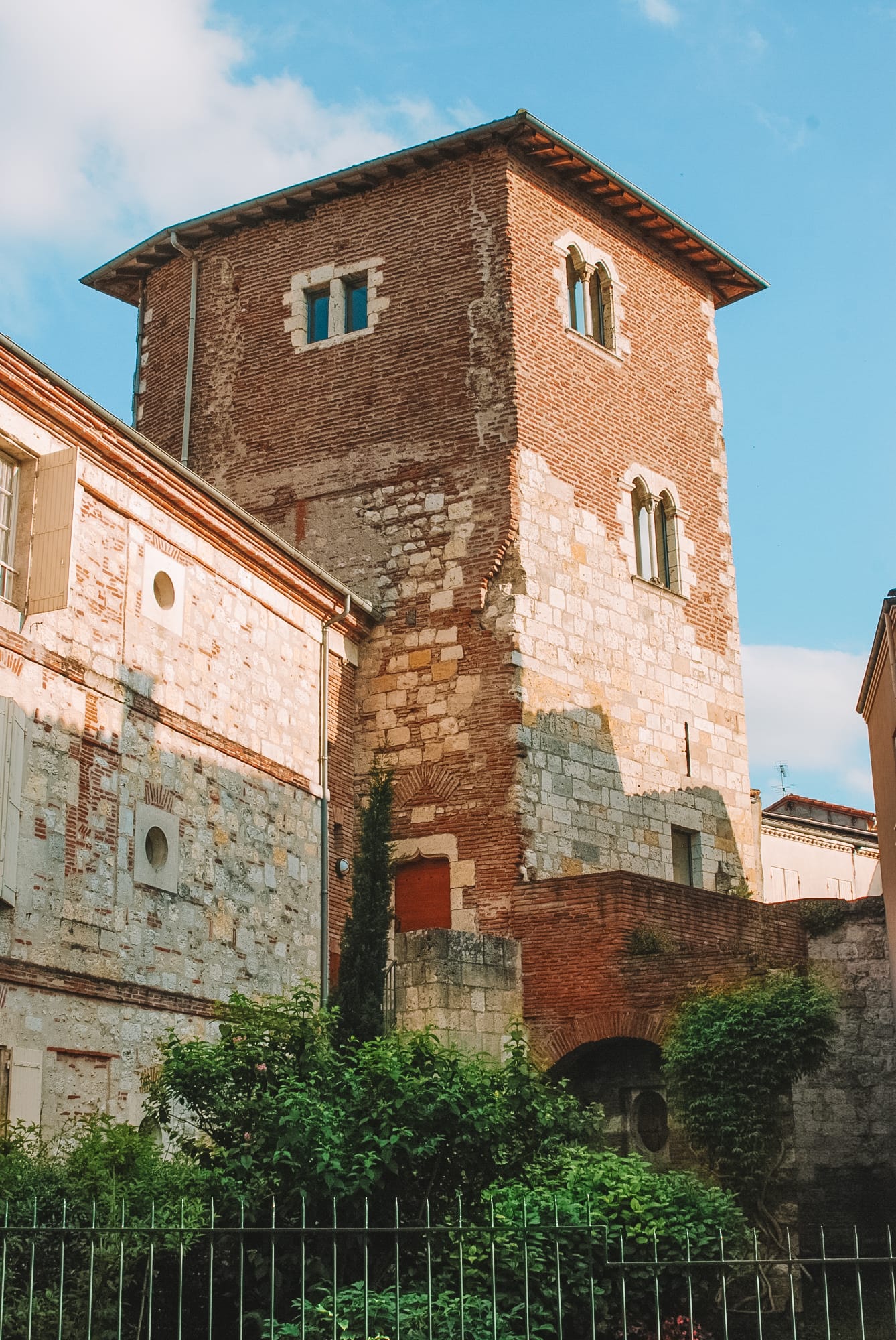 This is the oldest and arguably most striking building in Agen.

The building was originally part of the town’s defences, forming part of the ramparts, and in later years it became the belfry of the Benedictine monastery. 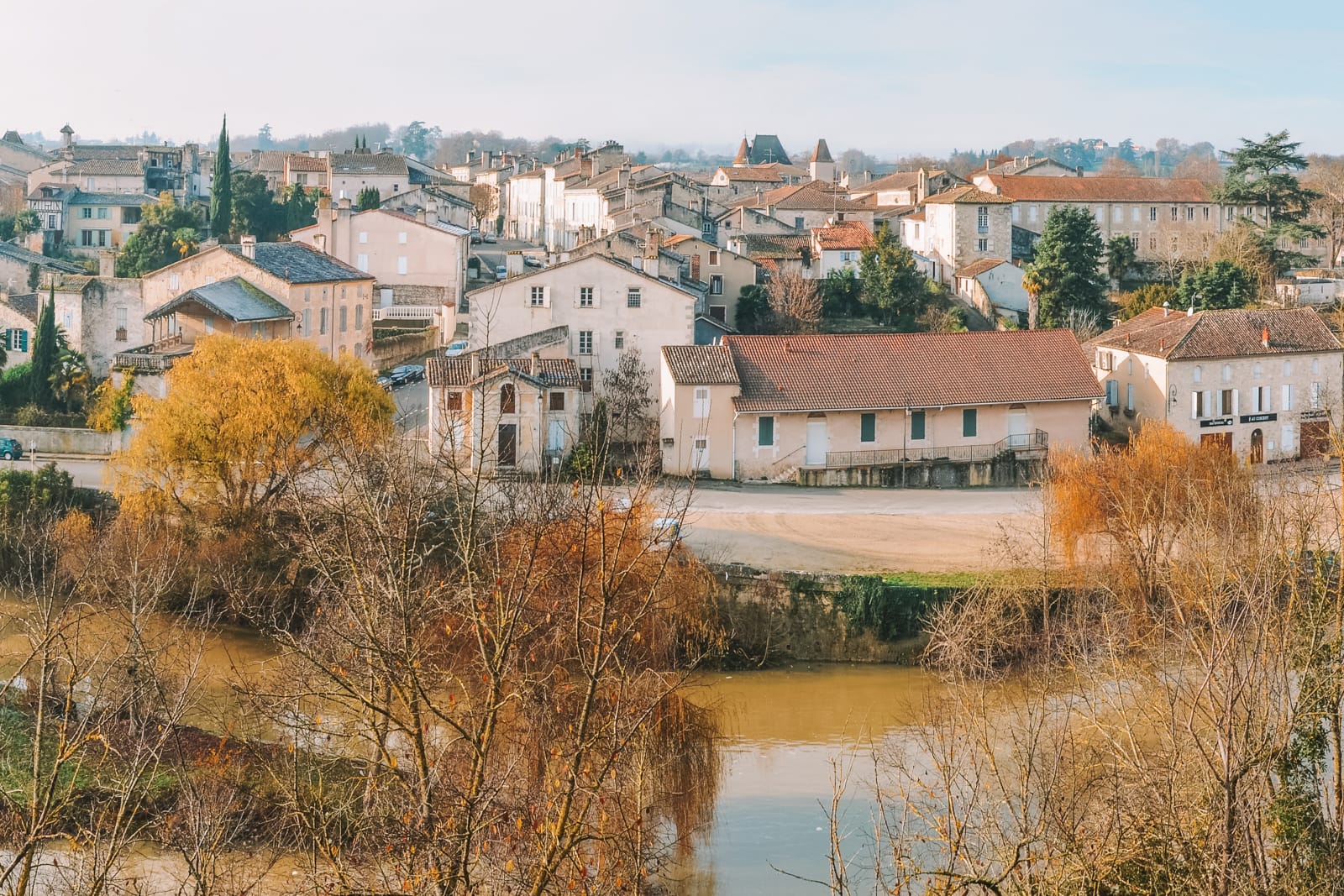 The Old Town of Agen covers the centre of the city and is filled with some historical jewels that are must-sees on your trip to the city.

One of the most relaxing things to do in Agen is to stroll the quaint streets taking in the old church of Notre Dame des Jacobins, the fine art museum and the Saint Caprais Cathedral.

On sunny days, simply enjoy taking in the hustle and bustle of the streets from a pavement café, or pass the time popping in and out of the quirky shops. 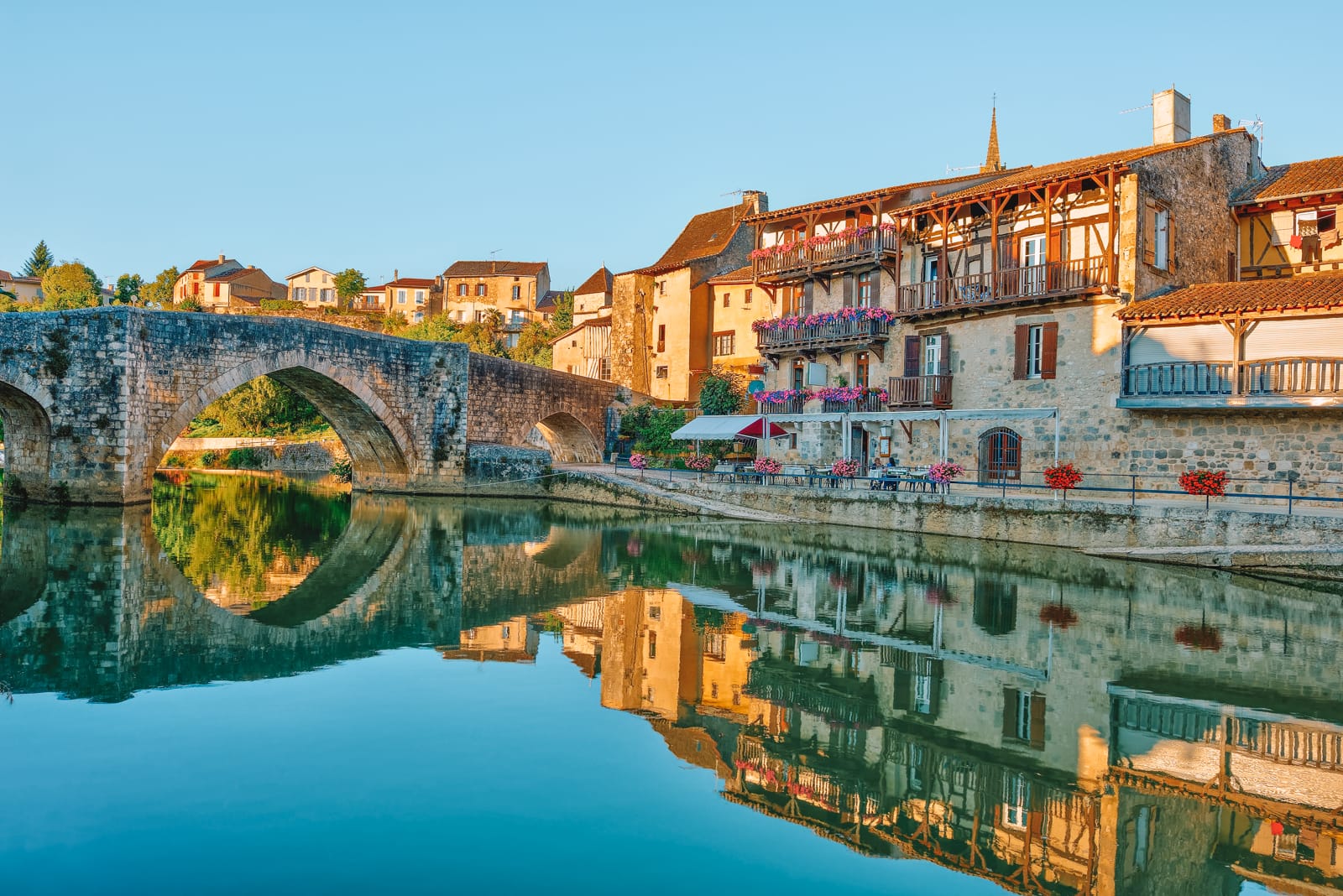 This impressive bridge is the second longest in France, sitting at a length of 539 metres, supported by no less than 23 arches.

This incredible bridge was built between 1839 and 1849, and today is used by recreational boaters, joggers, cyclists and walkers. 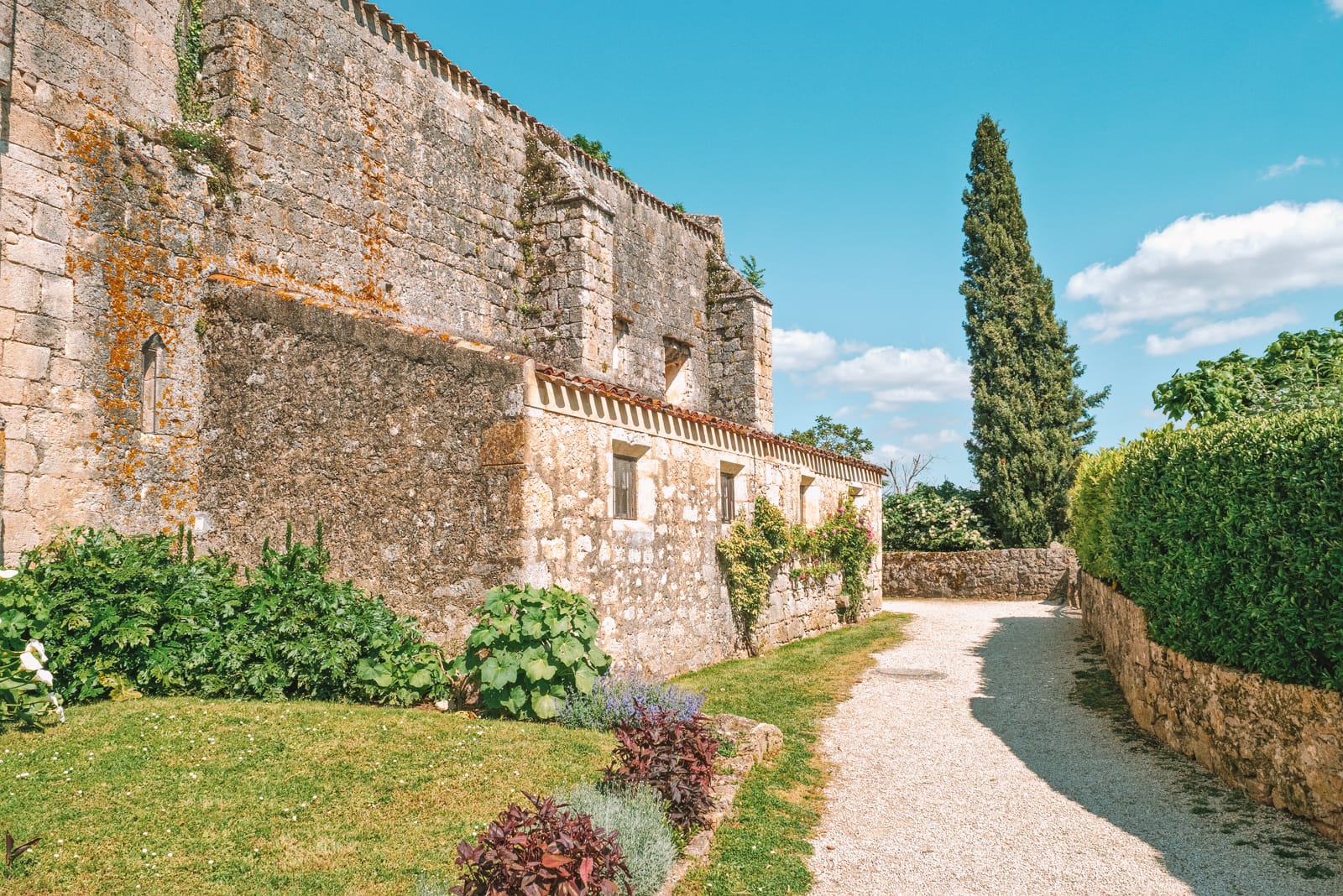 Once you have exhausted all the things to do in Agen, it might be time to venture a little further afield!

The little village of Larressingle is just a short drive from Agen, and is often referred to as the Little Carcassonne of Gers, as the smallest fortified village in the whole of France.

The village is surrounded by impressive ramparts, but inside you will find an adorable village, with many reminders of the past tucked away in the twisting streets.

14.) Take a drive to Madaillan Castle 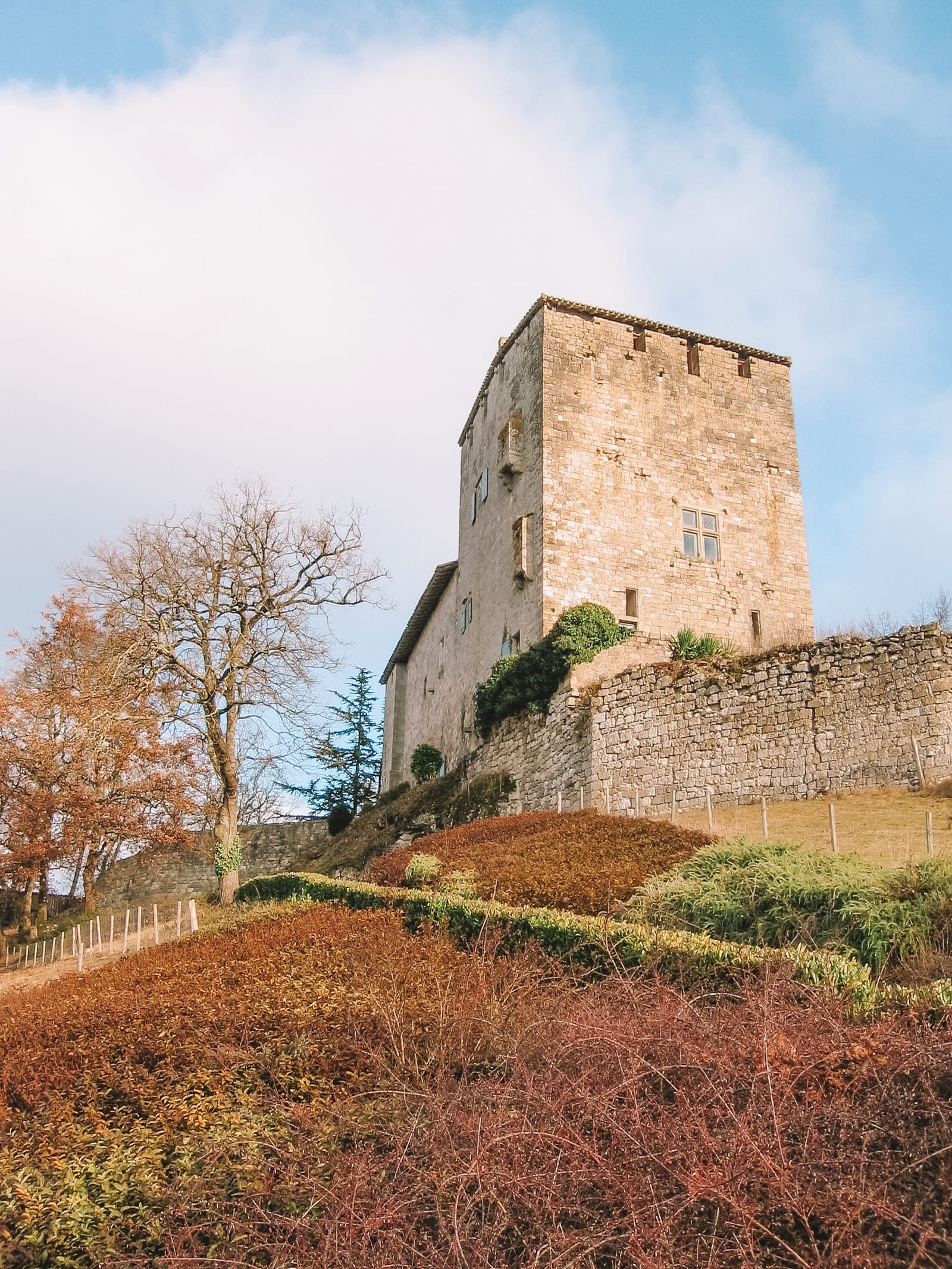 Nearby Madaillan Castel is only a short drive away from the town and declared a historical monument in 1942, it is sure to satisfy any history buffs curiosity. 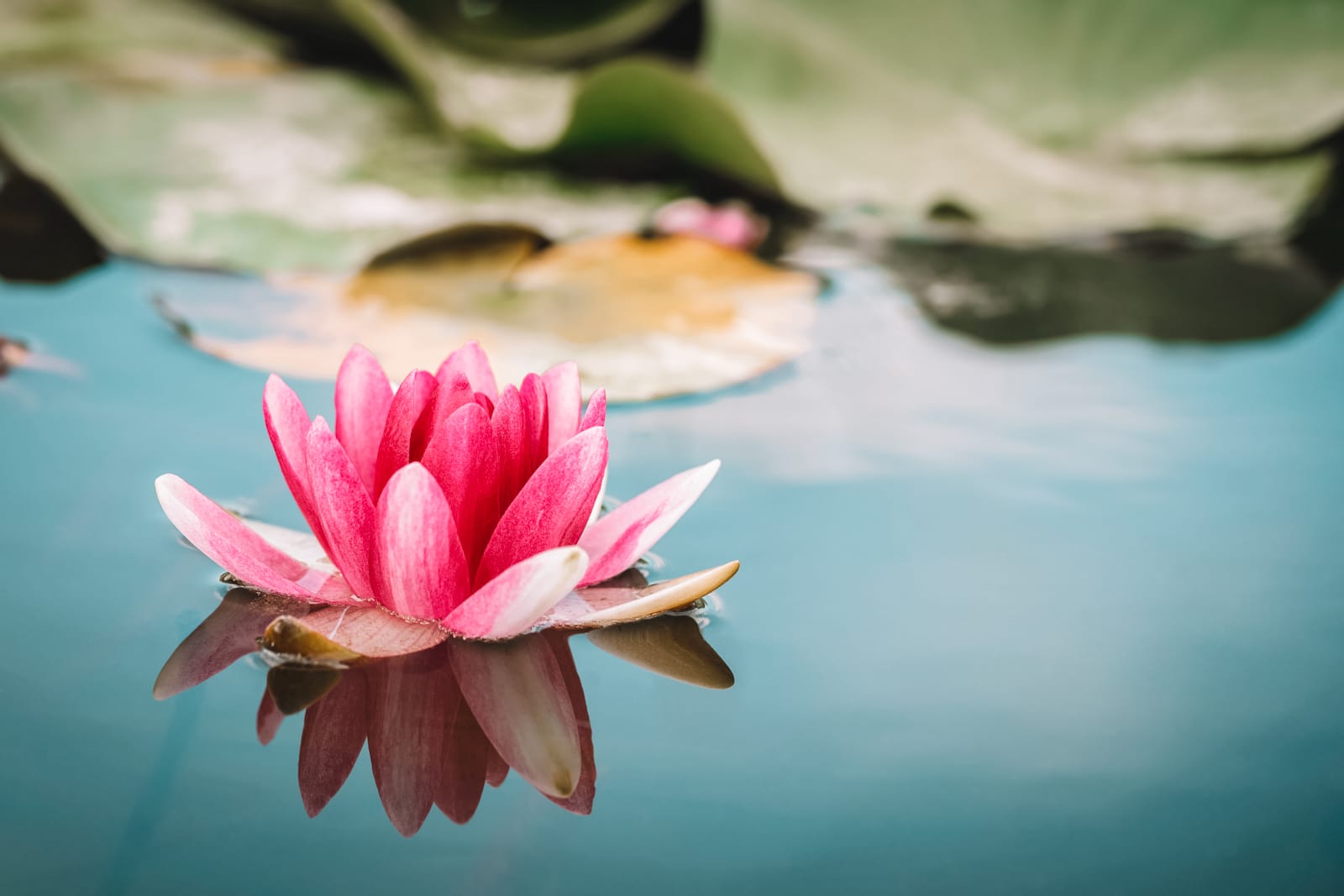 The stunning Water Lily Garden is located in the nearby village of Le Temple-sur-Lot, and boasts a ‘Remarkable Garden’ Status.

Today, this magical place is home to over 250 species of water lily, and it was these lilies that provided the famous Impressionist painter, Claude Monet, with the inspiration for his Water Lily series.